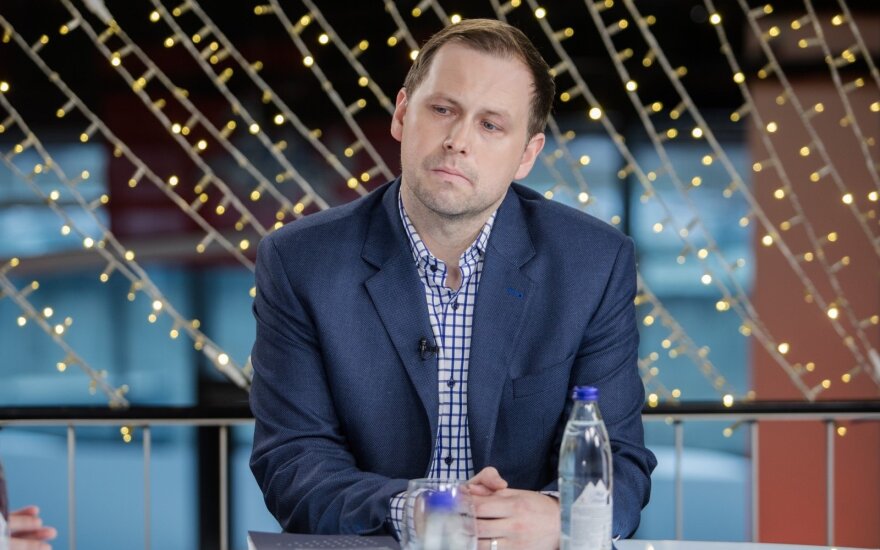 The success of committees was pre-programmed in Lithuanian political views and the direct mayoral election reform. For twenty years now, public trust in parties does not exceed the 10% mark.

Direct elections strengthen the weight of personalities in the disfavour of parties. The easy rules for registering for local elections also ease opportunities.

This happens not only in Lithuania, but in old, stable Western party systems. For example, Norway in 2007 and the UK in 2000 where they experimented with direct mayoral elections.

The journal Local Government Studies featured an article by Christensen and Aars in 2010 describing how in Norway, registration was made more difficult for the benefit of the parties. All 50 elections ended in specifically their victories.

Meanwhile in England, where candidacies only required 30 signatures and a 500 pound deposit, 7 municipalities of 23 elected non-partisan mayors.

Of course, one should ask, how committees differ from regional parties. Very little. It is a group of individuals, who participate in elections and seek power. The difference lies in level (local versus national) and organisational requirements.

Among parties, as before, the LSDP will have the most mayors. Compared to others, this party had the best starting positions prior to the direct mayoral election reform, which it initiated itself.

It would appear that this reform was very favourable to those already in power. This year, 38 of 60 mayors were re-elected.

This comes as no surprise – people trust municipal government more than the parliament or cabinet. Even when the mayors were elected indirectly, political stability was far more common in municipal than in Seimas elections.

Currently, local stability is rising, but not to the benefit of the Lithuanian party system. The correlation between national election and local election results always existed, albeit not being ideal. It would appear to be weakening now.

The direct mayoral election reform and the committee's success increases the localisation of municipal elections. Of course, local personalities and questions were always very important, however now the overlap between electorates will decline.

Of course, it is never ideal. The journal Local Government Studies presented the results of research in Belgium (Marien, Dassonneville and Hoogh, 2015), based on which around 26% of respondents supported a different party in local elections than when voting for parliament. Even in the West, partisan affiliation is not all deciding.

We do not have particularly valid data on Lithuania. In the 2012 post-electoral study there was a question of whom the person voted for in the 2011 municipal elections, however these numbers were rather approximate because some time had passed since the elections.

What is clear is that the voters of the Electoral Action of Poles in Lithuania and the Homeland Union are the most consistent. Around 90% of them choose the same party in both Seimas and municipal elections.

The Social Democrats come in third, with the same indicator being at 70%. All other parties retain at best around half or less of their electorates.

Thus, the results in Vilnius look logical. With a strong mayor leaving the liberals and forming a committee, all (former) Liberal voters migrated to him.

On the other hand, it is specifically due to voter loyalty that the Conservatives' strong performance is no surprise and how they take first place based on votes. Nevertheless, the lost mayoral elections in the cities show that the lack of personalities is relevant to established parties as well, election localisation is influencing their fortunes ever more.

After all, it is the Conservatives, who gain the most votes in Vilnius during Seimas elections.

One slightly larger surprise in the elections is the "Farmers'" meagre performance. The party obtained 6 mayor posts, lost its Ignalina bastion and was left in fourth (third if only considering parties) place based on mandates.

It is exactly the hold on several mayor seats that buoyed the "Farmers" while the party did not even have a group in Seimas (from 2008 to 2016). However, this means that historically, the "Farmers" only had strong positions in only a few municipalities.

The personalization and localisation of elections was not beneficial for them. If you can win the Seimas elections and their second round by having two strong national leaders, this will not work in municipal elections even if at first glance mayoral and single mandate electoral voting appears similar.

It is now clear that when voting for mayors, personalities are far more important.

It is hard to find personalities when you dedicate little attention to strengthening the party organisation. From the victory in the 2016 Seimas elections, the "Farmer" party member count hardly changed.

On the other hand, national trends continue to influence municipal elections, even if ever less. The "Farmers" entered the top three of parties by votes and mandates. However, their popularity is no longer the same.

The ruling party could take the elections as an exam of the party's institutionalisation and a referendum on the cabinet's policies.

Most voters no longer view the "Farmers" as a new party they put their hopes in. Or as a victor for whom they vote because there's nothing better.

This is Lithuania, here you can always find better or "better".