Mažvydas Jastramskis
Already on Sunday evening we will find out, who will become one of the most influential politicians in Lithuania. 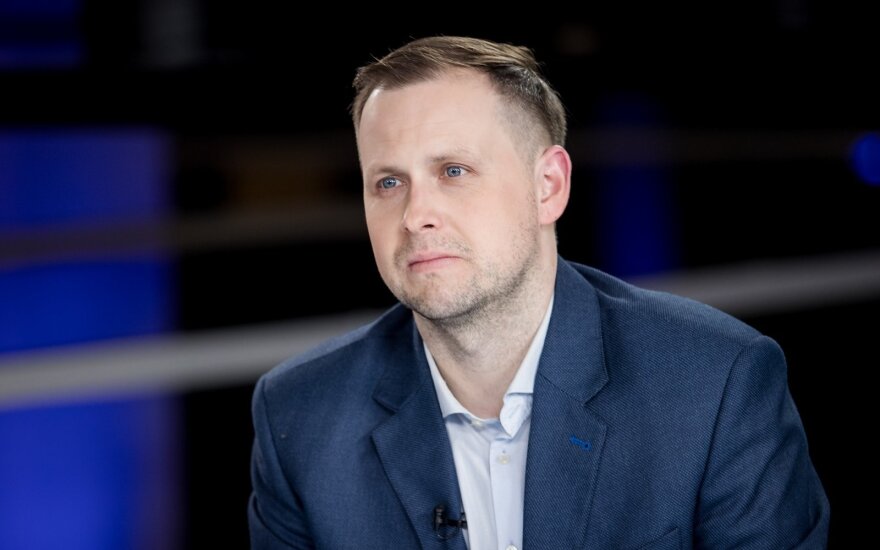 The same candidates as last time have reached the second round of elections in Vilnius – incumbent Mayor Remigijus Šimašius and formerly mayor Artūras Zuokas. What are their chances?

It is interesting that both candidates received more votes than in the 2015 elections. It is unlikely that both gained in popularity. It is most likely the effect of direct elections and strategic voting – it is easier to attract voters when you are leading and when the voting is for personalities.

This effect is revealed by the number of ruined ballots. In the mayoral elections (across Lithuania) there were 2.25% of them, while for municipal councils – 3.83%.

Related articles
After the elections, at the broken shell of the political system
Election lessons: how to defeat 'beavers' in municipalities?

Šimašius' lead is no surprise – the politician is seen as the head of an economically strengthening capital. Since Lithuania is a fairly centralised state, it may be somewhat odd, however a correlation has been observed between the economic metrics of a municipality (first of all, changes to unemployment) and mayor re-election. The mayor may or may not contribute to this.

Nevertheless, if the municipality's economy is growing, the number of jobs increasing, his chances at a re-election bid rise.

Šimašius' evaluation in the 2016 electoral study was neutral, similar to then Social Democrat leader Algirdas Butkevičius. The mayor was potentially pulled down by the Liberal Movement's troubles, however the use of a committee has solved this problem.

Prior to the second round the key question is whether the trailing (by almost 15%) Zuokas create a miracle?

Akin to winning a football game 2:0, Šimašius has chosen a defensive strategy. Simply avoid mistakes and hold on to the result.

Zuokas has to attack. After the first round, we could expect that he will pull new cards every day. However, the real campaign is not only unimpressive and soon ran out of breath – it potentially backfires.

Firstly, attempts to touch Šimašius during discussion shows were supposed to form an image of an "alpha male", a paternalistic relationship with the current mayor. However, in the end it was just seen as tasteless, forming the image of a departing, spent politician.

Second, driving around Vilnius with famous performer Egidijus Dragūnas ended somewhat unexpectedly for even Zuokas – later the lead of electronic music group SEL explained that he does not back either candidate and has no intention of being an advisor.

Of course, one can wonder if the move (even without such an end) was thought through. The target audience is after all the people, who attend elections least – young and fairly apolitical.

Zuokas' largest problem is that his earlier success was strongly linked to the sociological centre right profile. Firstly, the connection was visible through elementary sympathies. Analysis from the 2012 electoral study data shows that Zuokas appealed more to namely Conservatives' and Liberals' voters.

If we are to look for the content of this right wing, we can find a common value denominator – views of the Soviet era and geopolitical perceptions. Zuokas' supporters are similar to (other) right wingers in their stricter position. For them, the soviet era was not better, they saw Russia as a threat to Lithuania.

In this respect, Zuokas made mistakes already in his last term when ambiguous words on the war in Ukraine emerged in public. On the other hand, it was specifically during Šimašius' term that the Green Bridge sculpture were removed.

In summary, Zuokas had the votes of right wing, typically younger, however somewhat interested in politics, seeing Russia as a threat and the soviet era negatively people.

This audience has grown in Vilnius in recent years, but it is Šimašius, who appeals to it better now.

The litmus test is the Conservatives now.

Formally, they could reanimate Zuokas, however (perhaps with teeth grit), starting with Ingrida Šimonytė, they say that having to choose of the two, support Šimašius.

Thusly works strategic voting in the second round. Similarly, to 2016 the Seimas elections were won by "Farmer" candidates, who appeared to many to be more familiar (a lesser evil) than the Social Democrats or the Conservatives.

In the second round Zuokas is likely to receive the backing of ethnic minorities. However, their votes will not be enough.

Šimašius' positions look stronger prior to Sunday. But let's wait and see.