Mažvydas Jastramskis. The Order and Justice Party enter the coalition, but the “Farmers” and Conservatives win 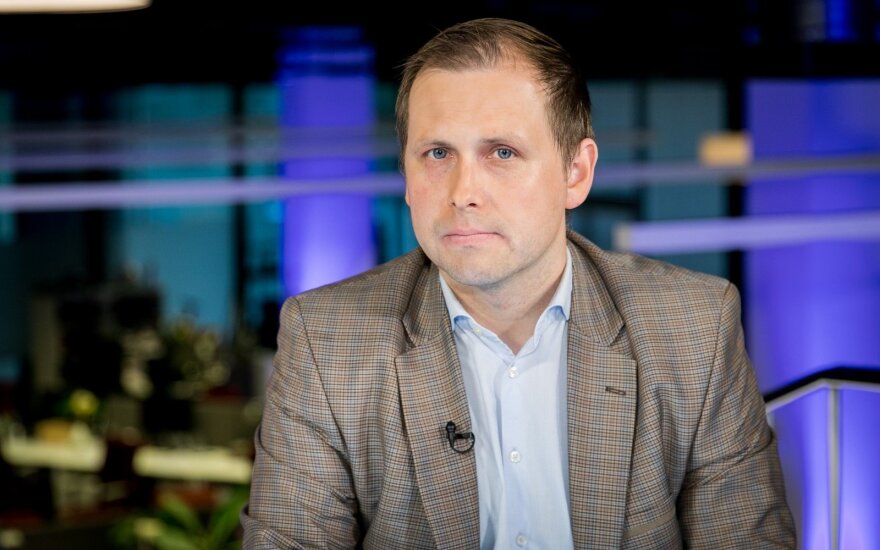 The Order and Justice Party has joined the ruling coalition. If the agreement lasts until the next Seimas elections, it will be the "Farmer" and Conservatives that will profit from it.

Order and Justice did not demand and will not receive a minister post, though based on mandates, at least one should belong to them. Hence, the agreement will be limited to parliamentary support for the ruling coalition. This format is not a Lithuanian invention.

There have been similar cases in the West, when the centre-right lacks a majority and cuts a deal with the radical right for support in parliament, but not participation in the cabinet. There have been such agreements in Denmark, the Netherlands and Norway.

What is the logic behind this? The supporting party formally does not betray its principles before its voters and retains independence. The ruling coalition meanwhile, only makes a partial deal with the devil and ensures the government's stability.

Nevertheless, it is not easy to trick voters by portraying that we are backing someone, but aren't in government. The leader of the Dutch radical right Geert Wilders knows. After two years of support for Mark Rutte's first cabinet, his party lost a third of their votes in the 2012 elections.

The Lithuanian situation has parallels. In research, Order and Justice is often classified as radical right wing. Their image is polarising, rhetoric contains anti-Semitism. This only works when you are in the opposition.

After all, it is clear: while in the previous term Order and Justice tried to be the "opposition in the majority," afterward they barely surpassed the five percent barrier. Not thanks to the party, but due to regional leaders - the votes were greatly concentrated in several districts.

Yes, recently Order and Justice ratings have recovered. However, it was just when the party was a clear and angry opposition to the government. Žemaitaitis even called the "Farmers" "storkheads."

Overall, Order and Justice needs to mind the ratings the least. They looked ok prior to the 2016 elections, the average of several surveys was 8.2%. But they received only a little over 5%.

If there is the notion that you support the majority, it matters little, whether you have ministers or not. People will view you as part of the government; voters are not as stupid as some politicians may believe. Meanwhile, the government struggles in elections due to hyper-accountability, especially the junior partners.

Thus, the Order and Justice entry into the coalition is only good news to the Conservatives and "Farmers".

For the latter, it is not only because they will have a clear majority. By inviting Žemaitaitis and his colleagues to join the majority, Ramūnas Karbauskis weakens a rival in the coming elections.

Whatever they may say, Order and Justice is now on the same boat with the "Farmers". And in it, Karbauskis' party has more resources and visibility.

How do the Conservatives benefit? As a democratic opposition, it will be difficult to combat a larger majority. But looking long term, it becomes easier to compete for free, wavering voters, discontent with the government's work.

Overall, the situation is now very interesting – all the, let's call them non-traditional (new), parties have entered the ruling coalition. In clear opposition, we have the Liberals, Social Democrats and Conservatives. Up to now, the "Farmer" government was at the centre of the party system and was attacked by both the Conservatives and Order and Justice, them having less in common with one another than with the ruling parties.

The competition becomes bipolar once again and the coming elections will be akin to a referendum – either a "Farmer" led coalition or the Conservative led camp of traditional powers. Where it comes down to one or the other, the leaders of both camps win.

Order and Justice could have been the third camp. But they willingly relinquished this.

Looking from the democratic quality angle, this is a laudable choice. Already political science classic Giovanni Sartori stated that two-sided opposition is dangerous because it polarises the party system. And people will now on know better, who is with who.

There is a variable here. It is Žemaitaitis, who among party leaders has the best ratio of positive to negative evaluations. In recent times, clear actions can be seen where he is striving to strengthen his positions in the public field. Not only seeking the post of Seimas vice speaker and changing his hairstyle, but also demonstrating his unique take on Russia.

"I am against anti-Russian sanctions" was the name of Žemaitaitis' interview to the Eksress Nedelia publication. The politician tried to excuse himself by claiming that he was misunderstood – he disagrees with the type of economic sanctions, which are directed against people and not politicians.

Geopolitical accuracy and justice are not the topic of this comment. What is most important is that Žemaitaitis appears to have begun very strategically orienting himself to the part of the electorate, which does not prioritise the defence of Lithuania, which believes that it is possible to come to terms with Russia, which cares less for democratic values than (imagined) pragmatic cooperation.

In terms of political technologies, this is a rational decision. After the 2016 elections and the Labour Party's fiasco, these views have been fundamentally unrepresented. An empty niche does not go unfilled long – Viktor Uspaskich has returned, Order and Justice has budged.

Nevertheless, it is in Lithuania's strategic interest that such attitudes would not be encouraged. The political elite does not have to always pander to public opinion. For the country to move forward and democracy to be protected, politicians need to take lead, sometimes even at the cost of popularity.

Žemaitaitis is a relatively young leader. One can only hope that he will find a means to compensate the losses linked to the party entering government.

The Order and Justice party joined on Tuesday the ruling coalition of the Lithuanian Farmers and...

The Order and Justice council decided on Sunday to propose Rolandas Paksas for the post of the...

The Order and Justice Party will ask the court to assign a special status to a case in which the...