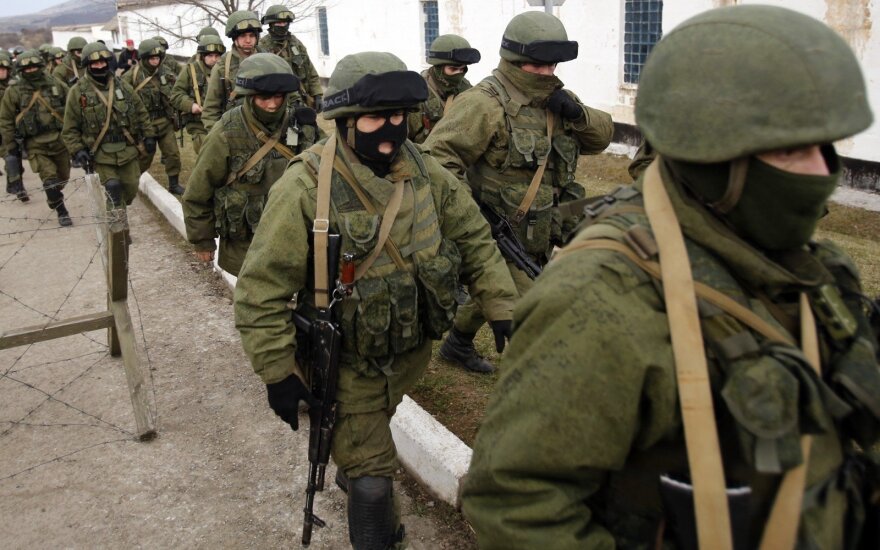 Throughout the last decade the traditional warfare has been changing drastically - some of the strongest political and military forces have become used to addressing something what is perceived as hybrid threats or hybrid warfare. However, although one of the first well-known attempts to engage into the hybrid warfare has been as early as 2006 in the conflict between Israel and Hezbollah (Gaub, 2015), the term, as it is used today, generally refers to Moscow's use of a broad range of both military and non-military instruments to further Russian national interests abroad (Chivvis, 2017).

For the last decade Russia has been working hard to strengthen itself as a global actor by applying a 'holistic' mix of political, economic, military and informational tools to weaken not only the neighbouring countries or the European Union ("EU") but the West in general (Sascha Dominik et al., 2017). Russia uses hybrid warfare to divide and weaken the EU, to destabilise pro-Western governments, annex territory, create pretexts for war and to shape the EU internal market in a way to be preferable for the Russian political elite and the Russian state-owned companies (Stratfor, 2016).

Indeed, the level of Russia's hybrid warfare could be seen in Ukraine at its best. This is both due to a rapid achievement of political aims in Crimea without any need to make a single shot and due to a slow and indecisive response from the divided West (Renz et al., 2016). Nevertheless, Ukraine is certainly not the only instance where Moscow has been applying modern hybrid warfare.

The Baltic states have also been experiencing Russia's provocations creating tensions between the local Russian and other national minorities, and the native populations, which could eventually be leading to some kind of military intervention from Russia, or, alternatively, to the appearance of the 'green men' (Milevski, 2016). Indeed, Russia's hybrid warfare does not limit itself to the Baltics either. It goes well beyond the sphere of the 'legitimate interests' of Russia to inflame tensions among the Western countries, which often results in a favourable opinion from certain western leaders towards Russia's 'interventions' or Russia, per se (Chivvis, 2017).

The idea to 'divide and conquer' has been a part of Russian realpolitik for a number of years. The Russian leaders do not only use the means of traditional diplomacy to support their preferred political groups within the Western countries but to also assist them financially (Conley, 2015; Chivvis, 2017). Indeed, it is highly likely that Russia has been at least to some degree involved in the United Kingdom's decision to leave the EU or in the rise of concerns surrounding the US presidential election (Chivvis, 2017).

Certainly, the Russian hybrid warfare is far reaching and, indeed, it bears a great influence over the life of the western countries as well as their security. However, having a direct boarder with Russia, the EU is exposed to the risks of the Russian hybrid warfare much more than any other country or political union in the world. Hence, this article will seek to address the means of the hybrid warfare used against the EU by Russia as well as it will seek to analyse the major implications for European security arising from such warfare.

Russian Hybrid Warfare: What is it?

In the world as it is today defining 'hybrid warfare' might be a challenge due to its highly evolving nature. One of the first commentaries on hybrid warfare suggested that it was "the co-ordinated use of different modes of warfare, both military and non-military to achieve 'synergistic effects in the physical and psychological dimensions of conflict" (Hoffman, 2007). Nevertheless, when it comes to the Russian hybrid warfare, the best definition is provided by the Russians themselves: in 2010 Russia released its Military Doctrine, which stated that modern warfare is the one involving "the integrated utilization of military force and forces and resources of a non-military character" as well as "the prior implementation of measures of information warfare in order to achieve political objectives without the utilization of military force and, subsequently, in the interest of shaping a favourable response from the world community to the utilization of military force" (RMD, 2010). In 2014 review of the Russian Military Doctrine, references to 'private military' as well as 'irregular armed forces' were added (RMD, 2014).

Indeed, Moscow is well aware of the fact that it would have little chance of winning a conventional war with NATO or with any alliance created among the countries of the EU (Tilghman et al., 2015), hence, Russia prefers to engage into activities that promote their interests in a non-military way, which can subsequently and momently be accompanied by a certain degree of military force (Kofman et al., 2015). Certainly, Russia is still a nuclear and a military power and nuclear/military threats might be seen as a part of its hybrid warfare, too. However, Russia prefers to utilise more practicable tools to influence the decisions in the West, such as, for instance, various cyber/informational activities (Kofman et al., 2015).

In fact, cyber activities – both to spread information and to obtain information – stand at the core of the Russian hybrid warfare (Renz et al., 2016). However, the primary aim of the Russian hybrid warfare is neither the governments nor the states but rather the general public (Kofman et al., 2015). Russia seeks to influence the public and create tensions through various informational messages, utilisation of proxy groups and by application of cyber-attacks (Lithuanian VSD Report, 2017). Russia also utilises other tools, such as its economic and political influence, secret services and various proxy groups. Consequently, all of these tools blur the lines between war and peace, which create further grounds for both military and non-military activities, which can ultimately lead to annexation of the territory of the target country, or to the creation of a pretext to use conventional military force (Chavvis, 2017).

Certainly, Russia's hybrid warfare poses a great risk to the western countries, however, since the EU has a direct physical border with Russia and the EU's market is too great for Russia to lose, and since Russia has strong historical 'kleptomania' over certain EU member states, the EU is one of the core aims of the Russian hybrid warfare. Hence, the EU's security needs to be addressed.

Nevertheless, in spite of creation of such a Framework, it is acknowledged that countering hybrid threats is primarily the responsibility of the individual member states of the EU (EU Commission, 2016). Indeed, this is understandable as the EU is not a military union, however, failing to appreciate that often the target of the Russian hybrid warfare is the EU, per se, as well as failing to state that the primary source of such hybrid threat is Russia, is rather surprising.

Indeed, to a large degree the European countries are incorporated into the NATO framework, which takes the threats posed by Russia much more seriously. In response to the non-conventional threats NATO has recently established the Cyber Defence Centre in Estonia, the Energy Security Centre in Lithuania and the Strategic Communications Centre in Latvia, which certainly improve NATO's capabilities to deal with hybrid warfare in all of its member states (Kudors, 2015). In addition to that, NATO is developing and adopting the Readiness Action Plan to deal with the hybrid threats. However, certainly, not all of the European countries are members of NATO, and, indeed, NATO might not be the ultimate tool to deal with non-conventional and non-military hybrid threats, nevertheless, the countries do address the threats in their domestic security policies, too (for instance, Lithuanian VSD Report, 2017).

The secret services in the Baltic states have been evaluating the threats arising from the hybrid warfare for several years in a row (Lithuanian VSD Report, 2017). The intelligence reports suggest that Russia often engages various nationalistic groups to promote hate and radical views among the public, which ultimately create a favourable substance for Russia's actions (Lithuanian VSD Report, 2017). Poland has also on many occasions declared that Russia uses non-conventional means to operate inside the country (Sharkov, 2015). Germany's intelligence also admits that Russia might interfere in the internal elections (Chavvis, 2017).

Consequently, quite few member states of the EU are increasing their military expenditure drastically. Lithuania is planning to reach 2.5% of GDP military spending by 2020 (BNS, 2017). Poland has recently announced that it will spend $42 billion to modernise its military equipment (Presse, 2015). Bulgaria is about to start drafting its Anti-Hybrid War Strategy (Nenchev, 2016). Also, quite several EU member states have recently decided to establish a special facility in Finland to research how to fight hybrid warfare (Rosendahl, 2016)

Nevertheless, as events in the last decade indicate neither the EU nor NATO, nor the individual states are adequately prepared yet to deal with the Russian hybrid warfare in a fully satisfactory manner. Most of the plans are slowly implemented and still too weak to fight back Russia's hybrid warfare. Consequently, Russia is still capable of utilising a wide range of powerful tools, which, as will be seen throughout this article, ultimately lead to a number of 'victories' achieved by the Russian political elites.

Mantas Kuncaitis is a UK-based legal and risk consultant who also serves as a chairman of the Homeland Union – Lithuanian Christian Democrats’ branch in London.

Mantas Kuncaitis. What are the implications Russia’s hybrid warfare pose for the European Security? (Part 2)

Mantas Kuncaitis. What are the implications Russia’s hybrid warfare pose for the European Security? (Part 3)