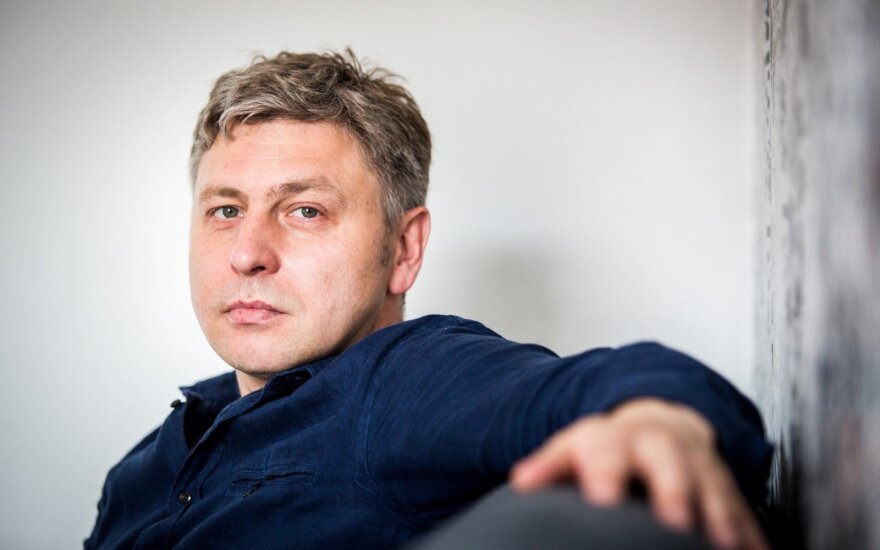 Playwright Marius Ivaškevičius spoke with LRT Radio about his participation in a march in memory of the Holocaust in Lithuania, his work beyond just playwriting and his relations with Russia. Regarding them he noted that many of the people he has encountered in Russia are of liberal views and the results of propaganda and Russian imperialism only surface among some and only after copious amounts of alcohol.

Marius Ivaškevičius has been named Man of the Year by LRT Radio for 2016. The playwright pointed out that this was likely a result of his involvement with the Jewish community in Lithuania, including participating in organising and undertaking a memorial march in Molėtai in commemoration of the 75th anniversary of a massacre of the town’s Jews.

Ivaškevičius was surprised by the apathy and lack of knowledge by locals regarding such events, with this spurring him on to become a participant from just a contributor. He observed some of this apathy even in himself initially, something uncovered only when mirrored by the locals‘ attitudes toward the event. He also pointed out that during the Soviet era the issue of Nazi colaborators in Lithuania was relegated to be forgotten, but that this year could be a breakthrough in understanding and relations.

While Ivaškevičius‘ contributions regarding the holocaust in Lithuania, including his article I‘m Not Jewish have been well received, he does not intend to make it his sole focus. Indeed he has been acknowledged not only as a playwright, but also as a prose and scenario writer. Playwriting overshadows his other work, but other ineterests have their own space, for example with him turning to writing when he needs some solitude.

The playwright has been questioned for his writings in Russian, with some of his works being received and performed in Moscow. While Ivaškevičius admits that the events in Ukraine and Crimea were shocking for a time, making for a moment when he felt that he has no moral right to work in Russia, he also notes that usage of a language does not mean identifying with the language, using a different one serves as a challenge and a motivation. His moment of realisation came through a play he was writing about Lev Tolstoy, something he realised that was perfectly suited given Tolstoy’s penchant to oppose the system, particularly such as the current one.

Furthermore Ivaškevičius points out that the majority of those he has met in Russia are very liberal and anti-establishment. While he admits it relates to the people he knows, nevertheless he points out that there is no particular hatred for Lithuania in Russia, just a general opinion formed by propaganda through an image of isolation and being besieged by enemies on all sides. He sums up the view as “We are perhaps just those little ones that do not love them.”

A memorial march is held in Molėtai, eastern Lithuania, on Monday to honour victims of the Holocaust .

Vilnius has been suggested to establish the World Litvak Museum and restore a Jewish research...