M. Laurinavičius: Revolut is involved with the Kremlin from beginning to end

Media Briefing
aA
A month ago, Lithuania was the first country in Europe to grant a specialised banking license to the company Revolut, which caused member of Seimas Stasys Jakeliūnas suspicions. The MP contacted the Financial Crime Investigation Service (FNTT) and State Security Department (VSD), asking them to check the financial company’s business model and links to Russian politicians, lrt.lt writes. 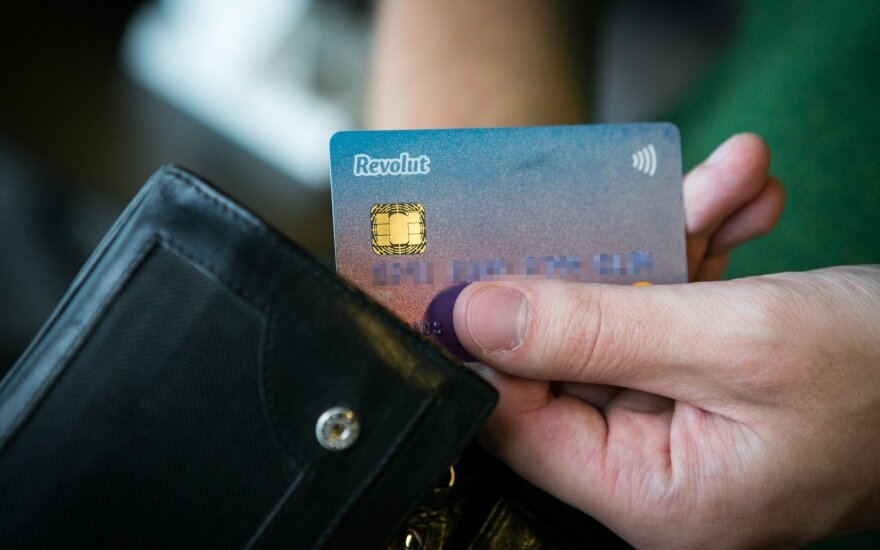 The LRT Investigation Department has uncovered that the father of Revolut's head Nikolay Storonsky is a senior official in the Russian concern Gazprom. Revolut initially denied such information, however on the LRT Investigation Department presenting documents, confirmed it. This material likely was also present in classified FNTT and VSD reports on Revolut. These likely also mention data on Revolut's servers, which are apparently being moved to Russia. With them being transferred, Russian intelligence could also gain access to data stored in them.

S. Jakeliūnas explains that while he is not a specialist of these matters and operated based on the evaluations of other institutions, he became concerned after a December 13 interview by a Revolut representative to Verslo Žinios, which led to him looking for further details. "This balance of risk has now formed itself and I believe that perhaps it should be reviewed once more even though to my understanding, that information was evaluated and decisions were made after certain discussions," he noted.

M. Laurinavičius observes that even if certain links to Russia can be found even among the shareholders Facebook and Twitter, it is incomparable to the Revolut case because, according to him, the company is completely linked to the Kremlin from start to finish.

"J. Milner's investment is one thing. Let's keep in mind that behind J. Milner we have Alisher Usmanov, who is overall one of the foundations of the regime. Another matter that is not discussed in this investigation is that there is another individual working in the Revolut company, who arrived in it after having worked for four years in a Luxembourg bank, which currently belongs to Vladimir Yevtushenkov's company Sistema.

Overall, this bank should draw the interest of a wide range of services because it was founded in Luxembourg in 1974 by the Soviet Union. I am talking about East West United Bank. Those, who research the Soviet Union know that these banks were used to perform all KGB operations, fund leftist movements in Europe and various other things.

At the same time, neither the European Central Bank, nor a Lithuanian commission to ensure the security coordination of important objects took issue with Revolut. The Vilnius Institute of Policy Analysis chief analyst notes that there are several factors to keep in mind nevertheless. In regard to the European Central Bank, the analyst points out that the Luxembourg based bank he mentioned is led by a personal friend, who has held a variety of posts in cabinets and financial institutions, of European Commission President Jean-Claude Juncker.

The analyst compares this to how former German Chancellor Gerhard Schröder is now the board chairman of Rosneft. As for approval from Lithuanian institutions, M. Laurinavičius questioned whether local legislation and legal norms are fully capable of protecting from threats arising from Russia.

"I am not certain that a legal base has been formed in Lithuania, which would allow to not grant such a permit in Lithuania after the European Central Bank granted one," the analyst said.

In terms of what should be changed to prevent potential oversights in issuing of business permits and licensing, S. Jakeliūnas firstly notes that he is not questioning the decision of the Bank of Lithuania to grant Revolut its license in Lithuania. The politician says that the bank evaluated available information and made a decision, just that with new circumstances surfacing, it may be necessary to reconsider the ruling.

Meanwhile, the Bank of Lithuania has stated that it would not perform a further investigation and that if anything should change, it should be legislation. M. Jurgilas emphasises that the Bank of Lithuania's responsibilities are specified by the law and the bank is not responsible to evaluate if a subject adheres to national security criteria. Instead, a format featuring more than ten institutions exists, featuring ten institutions, which comment on and identify risks, then making a decision.

"You could say that someone failed to notice something, but I must highlight that this decision to permit operations was granted twice: for the first time, more than a year ago when the first request was made. Then, a permit was issued. And this is not the first time. This is standard procedure when investments are made into sectors sensitive to national security, be it energy or finance.

It is natural that the investor, prior to the issuing of any license, must see if they are acceptable to the country. Thus, this decision was made a number of times and with new information surfacing, it was requested to evaluate a second time. After the second evaluation, a permit was also granted. No doubt, you can review all you want, but one should wonder, just what message would this send to investors," M. Jurgilas said, noting that the information that surfaced on Tuesday was already known and publicly available.

To this, S. Jakeliūnas responds that he disagrees that the current discussions over Revolut may pose a threat or deter potential investors. The politician stresses that it is necessary to differentiate, to what end investment is made, what experience and competences the investors have. He believes that the current two staff Revolut has in Lithuania are not competent at finance management. He concedes the company could grow in the long term, however S. Jakeliūnas stresses that we simply cannot know and the discussion is namely on what resources the Bank of Lithuania needs and whether it will have the capacities to evaluate risks, including those of reputation. That of not only the Bank of Lithuania or the Lithuanian financial system, but the entire country.

Regarding the potential risk of Revolut moving its servers to Russia, where they could be accessed by Russian special services, M. Laurinavičius emphasises that it is not just a matter of the servers being move, but that in its entirety, the project is one oriented toward the finance system of Lithuania and looking more broadly – the entire West.

"It is a project linked to the Kremlin and we probably all know the threats posed by the Kremlin. As for what message this is for investors, I wish to highlight that we talk much about the threat posed by Mr. Ramūnas Karbauskis' business links to various investors from Russia. At that point, somehow no one says that this causes a major threat to investors, potentially deterring them and such.

These discussions have to proceed in my opinion. We have to finally decide ourselves, what the limits of our tolerance are not only for all those geopolitical threats, which are also very clear in this case, but also to threats linked to Russia and its business. It is corruption, shady dealings and such," the analyst said.

M. Jurgilas responds that one cannot disagree that corruption and shady dealings are unacceptable, however there is no list of countries that are unacceptable for Lithuania in terms of business dealings. The Bank of Lithuania board member notes that it would be far easier for Lithuanian institutions to work if such a list existed and it may relate to more than just Russian capital.

"The origin of capital and institutions, most of these activities that are currently performed in Lithuania are from England. We trust English jurisdiction and do not believe that England would have any particularly friendly relations with Russia and would pose a threat to us. Currently, the clients of this company [Revolut] in Lithuania are clients of an English company operating in England. The discussions are on a company, which has not even started its operations, about a bank, which has just had a license issued, not started operations and not hired staff," M. Jurgilas stated at the same time.

As it is almost clear that that UK banks, investment managers, payment service providers and other...