Luminor economists forecast Lithuania’s economy to slow down in 2019, however the year will be good for reforms

EN.DELFI
aA
Luminor economists forecast economy to grow at 2.7% next year in Lithuania, as external economic environment is expected to deteriorate. The GDP growth will be detained by increasingly active seismic zones in global macroeconomic landscape. Economists suggest that in the eve of cyclical slowdown, three ideas could help to prepare for slowdown, a press release from Luminor states. 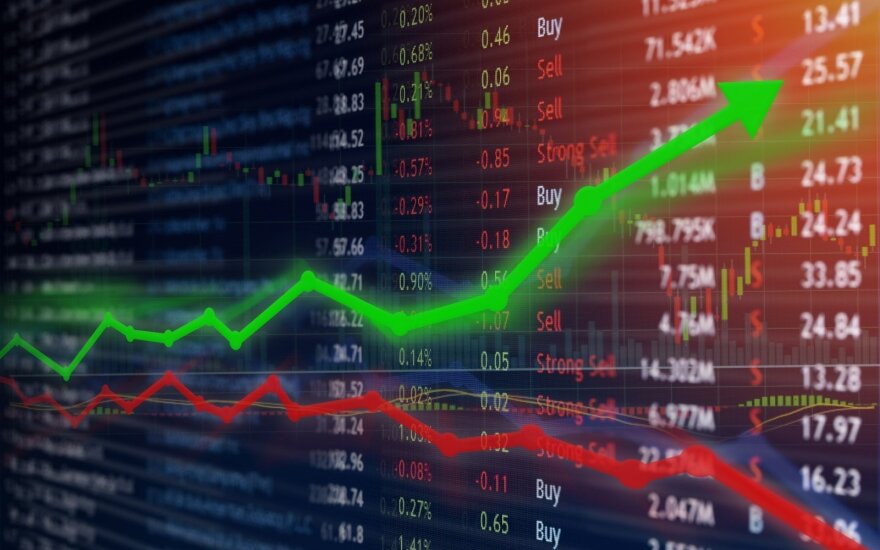 Luminor economists reduced the initial economic outlook for 2019 by 0.3 percentage points because of assessed exacerbated protectionism in the world, its impact on international value added chains and declining demand for Lithuanian production.

Luminor economists expect that Lithuania's GDP growth will remain above the EU average next year, yet Lithuanian exporting companies will face quite significant competitive challenge. They will have to navigate through the slackening external demand, persisting internal pressure to raise wages and higher energy bills.

Related articles
Newest Bank of Lithuania forecasts: what awaits in 2019
Lithuanian start-ups attracted EUR 70 million in investments in 2018, further breakthrough will be determined by environment improvement

"Export markets no longer indulge Lithuanian businesses like it did two or three years ago. For instance, the most important Lithuanian exports market – the EU – has ran out of steam, Brexit saga has increased uncertainty over the trade terms between the United Kingdom and the EU. Sweden and Norway are facing fluctuations in exchange rates, the latter being particularly sensitive to the Brexit process. There is no good news about Russia as the export market: the rubble is expected to weaken further, economy continues to face structural problems, moreover, increase in value added tax will drive country's inflation even higher," says Žygimantas Mauricas, chief economist of Luminor.

"This will particularly affect energy prone industries like glass, plastics, metalware and paper manufactures. Furthermore, tension in Lithuania's labour market will persist and labour costs will keep growing at the fastest pace during last decade. Although increase in wages will be partially "covered" by tax reform, it will certainly not satisfy all the demand for increased wages in many sectors. The pressure of labour costs makes it increasingly difficult to remain an attractive player in the international market," comments Indrė Genytė-Pikčienė, chief analyst of Luminor, "As a result, it is crucial to invest in efficiency improvement, technological renewal, higher productivity and automation. However, even in good times companies in Lithuania were investing far too little. Therefore now, in the light of more uncertainty and macroeconomic strains, willingness to invest will further decrease."

Good Year for Households despite the Economic Slowdown

"Increase in MMW will add fuel to wage growth and this impact will provoke the upwards spiral in income. Tax reform will also cause a significant increase in labour income. The lack of qualified specialists in the private sector, especially in the field of industry and information technologies, will continue to foster wage growth," I. Genytė-Pikčienė commented.

According to economists, wage growth in sectors providing traditional, construction, retail and transport services will be slower. However, wages in public sector will continue to grow fast as a result of certain resolutions by the government and due to politicians' cravings to please voters before upcoming elections.

Next year inflation will be affected by the increase in heating, electricity and gas prices, also by higher excise duty on alcohol. Nevertheless, possible fall in fuel prices because of declining global oil demand will serve as a brake.

It's Time for Reforms!

Luminor economists suggest that economic slowdown may also have a bright side, as the relatively substantial period of rapid growth resulted in chaotic and unsound distribution of economy wealth by politicians and government at the same time delaying important reforms.

"The economic transition towards slowdown phase of business cycle highlights its structural weaknesses. The time comes for the government and politicians to initiate major reforms, instead of putting more fuel into inefficient economy engine. We have 4 ideas that would help to keep the Lithuanian economy engine up to western standards. The most urgent tasks is to convert "free" public services into compensated public services, we have to continue to clear the vision of pension system, allocation of the budget should start to be oriented to people rather for concrete blocks, giving more powers for communities would help for more even distribution of wealth," concludes Žygimantas Mauricas, chief economist for Luminor.

Newest Bank of Lithuania forecasts: what awaits in 2019

After evaluating world and the country’s economic trends, the bank of Lithuania is lowering this...

Vitas Vasiliauskas: the matter of income inequality will become only more acute next year

The cabinet’s tax and public sector policy is not contributing to resolving income inequality...

The mists over the future of UK – EU relations currently still lingers. It appears that Theresa May...