BNS
aA
As Lithuania marks the 27th anniversary of the Medininkai massacre on Tuesday, state leaders and other officials have called for not forgetting the important and painful sacrifice for Lithuania's freedom. 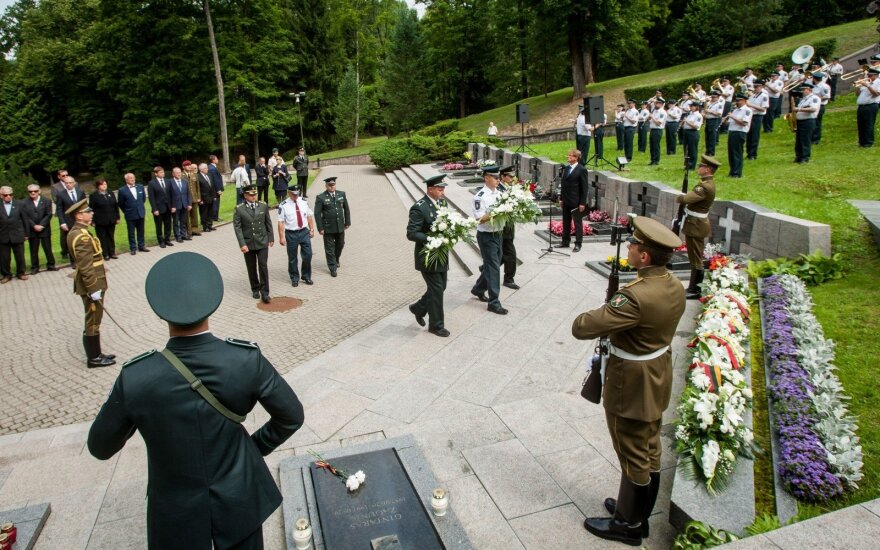 "The officers who sacrificed their lives showed that institutions of the restored states were with the people, with the nation, with our young state. It is very important today for the younger generation to remember that. (…) The most important thing is that people who were born after this tragedy, were born in a free and independent Lithuania, should remember and never forget that," Skvernelis said.

He acknowledged that the results of the two-decade investigation in to this massacre "cannot be the one that satisfies everyone."

Meanwhile, Landsbergis criticized Lithuania's law enforcement institutions in his speech as acting "not really appropriately". He criticized "the casual organization and minimal investigation efforts, the disappearance of evidence, event testimonies, and the lack of simple searches", as well as the fact that officers have failed to question some key witnesses.

The former chairman of Lithuania's Supreme Council-Reconstituent Seimas, also wondered whether the fact that some executors of the Medininkai massacre have evaded justice might be repeated in the January 13 case.

Speaking about the recent decision by Russia's Investigative Committee to launch criminal cases against Lithuanian judges and prosecutors working on the January 13 case, Landsbergis suggested considering responding in a similar way and launching criminal cases in Lithuania against Russian officials for perverting the course of justice.

"We need to make our minds as to whether we identify and leave them fester in their slough or make a symmetrical response which perhaps will be more audible in the world," Landsbergis said.

The sole survivor of the Medininkai massacre, Sernas reminisced that his colleagues who fell victim to this brutal attack "were peaceful people who loved their families and had many plans in their lives".

Former OMON officer Konstantin Mikhailov has been sentenced to life in prison for this crime, while three other former OMON officers – Cheslav Mlynik, Andrey Laktyonov and Alexander Ryzhov – have been convicted in absentia due to Russia's refusal to extradite them.

Monday marks 26 years since the tragic developments at the Lithuanian checkpoint of Medininkai when...

Friday marks 24 years since tragic events at the Lithuanian checkpoint of Medininkai when seven...