(1)
BNS
Lithuanian MP Andrius Kubilius on Friday suggested that hopes regarding the Marshall Plan for Ukraine should not be buried regardless of Brussels' cautious stance on the development of the new financial mechanism and the statement by Lithuania's President Dalia Grybauskaitė that Kiev should make more efficient use of the current aid. 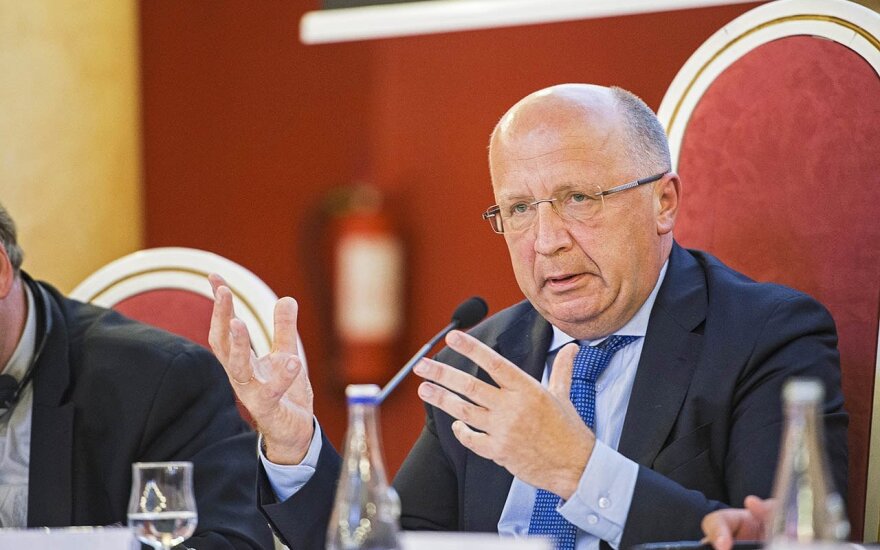 "The name of the project is not so important. The important thing is to have money and have projects for the money to go to and to yield the expected result – economic growth," the conservative MP told BNS.

On Thursday evening, the EU's new investment plan secured support of the right-wing European People's Party. The party's leaders and members said in a joint statement that the plan would be the first step towards ensuring long-term support to Ukraine.

The idea of EU's financial aid to Ukraine, which was informally titled as the Marshall Plan, was proposed by Kubilius last year. Together with Parliamentary Vice-Speaker Gediminas Kirkilas, he visited many key capitals in Western Europe. The plan was also brought to attention of the Lithuanian government.

However, Lithuania's Grybauskaitė said upon arrival at the Eastern Partnership summit on Friday that Ukraine should first of all prove its capacity of making efficient use of the existing support. In her words, Ukraine could receive additional money from an EU investment plan for third countries.

Kubilius and other Lithuania's officials suggested that Ukraine should be granted 50 billion euros over a decade starting 2018.

EU's financial aid to Ukraine amounts to approximately 12 billion euros, however, Kiev fears that the majority of the support would come as loans.