the Lithuania Tribune, Lzinios.lt
aA
The more than 500 companies that belong to the Lithuanian Defence and Security Association show that Lithuania can manufacture more than agricultural products. 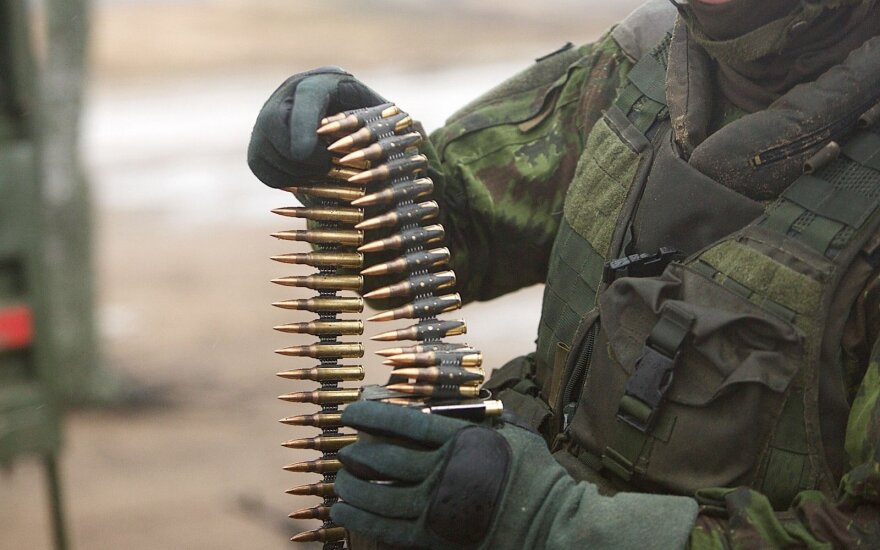 The Giraitės Arms Factory is what first comes to mind when the average Lithuanian is asked about the country’s armaments industry but the country's defence industry cuts across many sectors, with military products making up at least a part of many companies' production line.

Giraitės is the only factory in the Baltic States that manufactures ammunition of a quality that is recognised throughout NATO’s European block of countries. And it is the only Lithuanian armament and security company that is, for the time being, state-managed, but most of the activity in military products in Lithuania is in the private sector.

From textiles to lasers

Gintaras Satkus, the executive director of the Lithuanian Defense and Security Industry Association, told Lietuvos Žinios that companies in almost every business in the country manufacture defense and security products.

Of course, these are mostly companies that manufacture general purchase goods, and the military industry accounts for only some of their special orders, but there are quite a few factories that essentially manufacture exclusively for the military.

For example, there’s “Eisiga”, a clothing company in Eišiškės that manufactures uniforms for the British army.

“Customers bring the materials and choose Lithuania because of the high-quality manufacturing and comparatively cheap labour force”, said Satkus.

He also said that durable textiles for army uniforms are manufactured in Lithuania, but that their quantity would be too small for big orders. This is also the reason why Lithuanian footwear factories do not manufacture for the army.

To manufacture shoes that comply with NATO standards, they would need to upgrade their factories. However, an investment like that would be too large when there is no guarantee of future orders.

One exceptional characteristic of the defence and security industry is products that are not just reliable and high-quality, but also mobile. In Lithuania, there are construction companies that create modular building structures. These have recently been particularly in demand. They can be assembled easily and quickly into practical buildings for different sizes for specific and temporary needs.

According to Satkus, the armaments industry usually needs the services of metal processing companies. The traditions of this industry in Lithuania go way back, but most machine tool and measuring instrument plants have gone bankrupt or dispersed.

It’s the high-tech companies that are working small but unique miracles. The laser technology group Brolis Semiconductors have created a net that is placed on top of a sniper rifle sight to hide its reflection from modern sniper search systems.

Almost all of Lithuania’s defence and security products are exported to other NATO-member countries.

“We’re too small to be able to process large orders for armies, but companies who belong to the association participate in joint NATO projects with defense industry companies in other countries”, said Satkus.

He cites a new example: a self-propelled, tracked, unmanned and highly maneuverable vehicle that can easily transport injured and healthy soldiers, weapons and other loads.

The Estonians created the mechanical components while Rubedo Sistemos, a robotic-control system company in Kaunas, designed the software. They are now negotiating with the Estonians to exhibit this extraordinary vehicle this year at Balttechnika.

There are also examples of non-member countries cooperating with NATO. There’s the Lithuanian and Ukrainian Likaktak, which specializes in renewing and modernizing old soviet military aircraft.

“It would be too expensive for Lithuania to buy Western equipment only all in one go, so what’s available is slowly becoming Westernised,” said Satkus. “For the time being, all former Warsaw Pact countries are using mostly Soviet military equipment and doing what we’re doing”.

In general, according to Satkus, Lithuanian defence and security companies primarily produce custom orders for various defensive structures, but there are also many case sin which buyers are only sought after a product has been completed.

The Lithuanian laser industry is much esteemed throughout the world. It is calculated that one tenth of products in this industry are produced in Lithuania.

The Lithuanian biotechnological industry enjoys a similar prestige but almost all of the companies in this field have been bought by powerful foreign companies.

“The end result was that the Lithuanians are glad to have sold for a high price while the foreigners are glad to have bought something on the cheap”, Satkus said ironically. “Our high-tech companies realise how much capital can be created and how can be earned. Yet after creating a unique product, it costs a hundred million euro to patent it. This is where the large Western companies have an advantage. When there’s no proper state support, the industry has to resign itself to this fate.”

Between publicity and secrecy

There’s nothing confidential about the way the Lithuanian defense and security industry functions. The only products not made public are those used for national security.

“We are not creating anything specifically undisclosed like, for example, the US or Israeli military industries – unless we participate in joint projects”, said Satkus.

Nevertheless, he believes that companies that want to fulfill national security or Ministry of Internal Affairs orders have long had to get security clearance, which is only issued after they’ve been verified by the Department of State Security and the Ministry of National Defence.