Darius Baronas | ldkistorija.lt
aA
In terms of civilization, Byzantium represents the Christianized East, however if we travelled almost completely straight in a southwest direction, we would hits its center, Constantinople. In discussing Lithuania in the context of Eastern Christian civilization, we should remember the distinction of North and South, which during Antiquity coincided with the divide between civilized lands and barbaric lands. The rise of Northern Europe in the second millennium occurred as a result of the spread of Christianity, which at the time became synonymous with the spread of civilization. 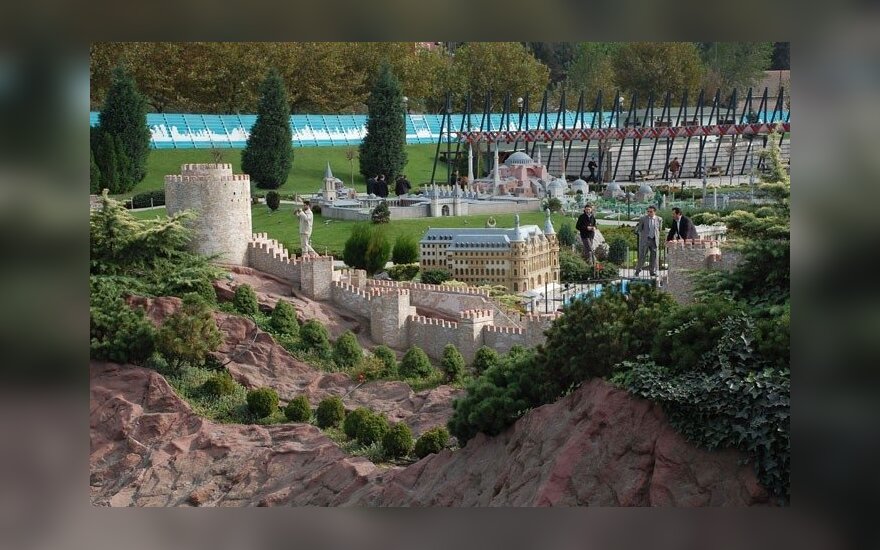 The expansion of Christianity (as the spreading and successful creation of new societies) was not a smooth process. Not all lands and peoples were receptive to Christianity. The Slavs, living to the south of the Baltic Sea, and the Balts and Fenno-Ugrians in the East, remained pagans for many centuries. Thus it is fair to say that the old divide between the older, barbaric civilizations as well as the younger civilizations continued to be similar to the division during Antiquity through to the Early Middle Ages.

This divide means that we can find evidence from the Byzantines about their view of Lithuanians, though Lithuanians of the 14th and 15th centuries did not leave similar evidence. Contact between Byzantium and Lithuania developed most intensly during the times of Algirdas and Vytautas. We have two eloquent witnesses, Nikephoros Gregoras (c. 1290-1361) and Laonikos Chalkokondyles (died 1490) about these very two Lithuanian rulers.

Intellectual and monk Nikephoros Gregoras was famous for his many talents, making his mark in astronomy, theology and history. In the twilight of his life, he wrote History of the Romans, a work that is one of most important sources of Byzantine history of the 14th century. In this work, which describes political peripeteia of the Church of the mid 14th century, there is information about the Lithuanians and their leader Algirdas. The information is presented in an atypical way, as at the time the Grand Duchy of Lithuania was viewed in the context of the lands of the Rus.

Though our cultural, linguistic and political experience has led us to imagine that there is only only Rus'/Russia, Gregoras' work demonstrated that it wasn't always like that. From History of the Romans we learn that, according to the author, that Rus' was divded into four large parts. Three parts of Rus' were Christian, while the fourth was pagan. The latter was ruled by the Lithuanians, who distinguished themselves with the fact that they still worshipped fire, were experienced warriors and the only peoples from all of Rus' that did not pay a tribute to the Tatars.

Lithuanians were depicted very favorably in Gregoras' work. This favorable attitude was heavily impacted by the fact that Gregoras' political and ideological enemies almost without abate supported the Muscovite duchies. Refusing Aleksei, who was suggested as the next metropolitan of Moscow on the wishes of his enemies and the Muscovites, Gregoras supported their competitors, and did not spare kind words for Algirdas and Roman, who was his candidate. Gregoras hoped that successful church policies by Algirdas would allow for the preservation of the traditional unity of the metropoly of the Rus' and strengthen the friendship between the Greek and Russian nations that stemmed from the times of Vladimir the Great (988).

Gregoras didn't feel that Lithuanians still being "fire worshippers" was a great barrier. Most likely he hoped that they would one day become Orthodox. That is how we would suggest to understand his made-up story about Algirdas' promise to become Orthodox if Roman became the Metropolitan of All Rus'. According to Gregoras, when Algirdas found out Aleksei was installed as metropolitan through the use of Muscovite money, he became greatly embittered, abandoned his promise to be baptized, and decided to continue worshipping the sun and demask the demons of greed that the emperor and patriarch had supposedly given themselves up to. However Algirdas' diplomats knew very well how to use the power of money in the halls of the Great Palace of Constantinople.

Lithuanians as a Catholic Nation

Though Gregoras spoke favorably of the Lithuanian ruler and the military character of the nation he led, he thought that Lithuanians were still a pagan fragment of the Russian nation, and remained such from the times of the Christianization of Rus'. A different perspective is revealed in Demonstrations of Histories, a work by Athenian historian Laonikos Chalkokondyles. In the text written about the Fall of Constantinople (1453), Lithuanians emerge as a separate, independent nation.

Though further on in the text, they are described as being similar to Russians in their appearance, they separate themselves by the fact that they adhere to Roman Catholicism. Chalkokondyles knew that Lithuanian was a separate language, which was different from Russian, Hungarian and German. It is true, however, that his knowledge of Samogitians was rather outdated and peculiar. He thought that Samogitians in his time were still pagans, who were different from neighboring nations both in their language and way of life.

Chalkokondyles noted that Samogitians still worshipped Apollo and Artemis, and "their way and customs are like those of the Ancient Greeks." Samogitians are highlighted in particular in his work: they were comparable in strength to the Tatars and Turks in, who posed a real threat to Europe. It's no wonder that in wanting to resist the Samogitians, Western Christians had to employ a union of special knights, the Teutonic Order.

The uniqueness of the Samogitians among other nations (even when compared to Lithuanians) highlighted in Chalkokondyles' work was determined less by fuzzy and exotic information, as by the above-mentioned (i.e. imagined) divide between civilized nations (Christian/montheistic) and barbarian nations (non-Christian/politheistic). Upon adopting Christianity, Lithuanians joined the community of Christian nations, in which they were further divided based on their language and way of life.

Looking through the eyes of Chalkokondyles, Lithuanians did not lose their military ways even after adopting Christianity. He was impressed that Lithuanians could successfully defend their state's borders while fighting with both the Poles and Germans at the same time. Thus despite the unique view of these Greeks concerning Lithuanians during the times of Algirdas and Vytautas, comparing their works bears witness to the changing of Lithuanian society and the beginning of their long journey from an Eastern nation to a Western one.

We can find interesting depictions of Lithuanians in the works of Byzantine historians. In the 14th century, monk and intellectual Nikephoros Gregoras considered Lithuanians to be a pagan offshoot of Russians. In the 15th century, Athenian historian Laonikos Chalkokondyles wrote in his work that Samogitians still worship Apollo and Artemis, and "their way and customs are like those of the Ancient Greeks."