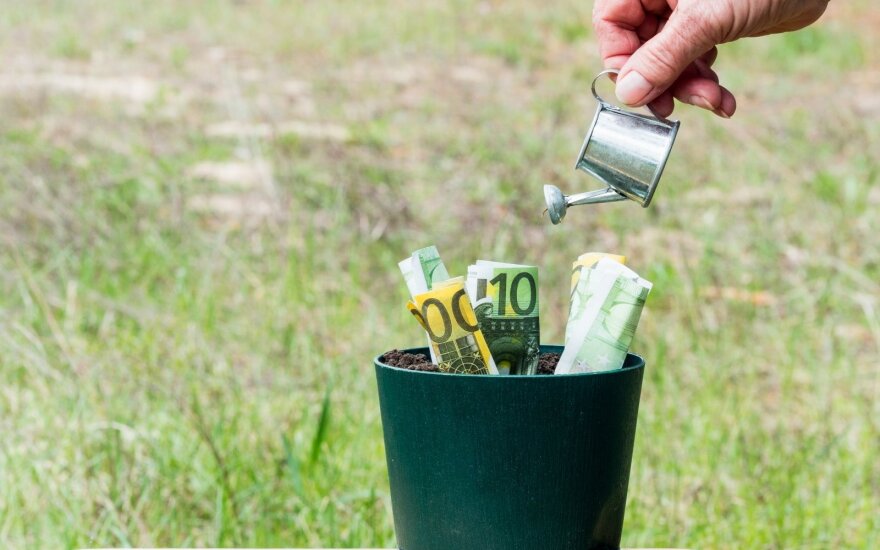 Almost half of Lithuanians are not satisfied that the Euro has become the national currency. This has been shown by the results of a study financed by the Lithuania's science council. Associate professor Ligita Šarkutė at the University of the Vytautas the Great (VDU) and economics professor Romas Lazutka at the Vilnius University are convinced that this result has been heavily influenced by the rise in prices, which most people believe is the fault of the Euro, lrt.lt writes.

According to a questionnaire commissioned by research organisation Baltijos Tyrimai, almost half (46.3 per cent) of all respondents are still partially unhappy or completely unhappy that the fact the Euro has become Lithuania's national currency. Happy and completely happy people make up only half of the number of those who are unhappy.

Related articles
EU funding paradox: Lithuania is not rich, but cheap and will thus get less
Kęstutis Girnius. Three for the European Union and Lithuania

"To tell the truth, the results of the research were somewhat surprising. We did not expect to see such clear disapproval. European Commission (EC) also orders questionnaires related to the Euro evaluation, and one of the recent ones, which was released last December, showed that no other country values the Euro worse than Lithuania," said L. Šarkutė.

However, R. Lazutka was not overly surprised by the results, because even before the introduction of the Euro, the mood of Lithuanians was already negative. There was a pre-emptive expectation that the Euro will cause a rise in prices.

"The numbers do not surprise, because prior to the introduction of the Euro, there were people who did not want it and were afraid that due to its introduction there will a rise in prices of goods and services. However, in other countries, including Germany, there are also people who are who are convinced that price rises are related to the Euro. Lithuania had its currency, the Litas, relatively briefly. Other countries had their currencies for centuries, therefore they feel a type of nostalgia," notes R. Lazutka.

Most impact on evaluation of the Euro had two variables – personal income of the respondents and their age. The bigger the average monthly income after taxes, the more positively the Euro was evaluated. The Euro is also better viewed by younger people.

"Personal income and age are the main variables that determine the different evaluation of the Euro. However, the biggest impact, in my opinion, is the income of the respondents. In Estonia and Latvia, where living standards are higher, the Euro is also viewed more positively. The people who have lowest income levels view the Euro most negatively, because they believe the currency is the cause for the rise in prices.

Other studies show that Lithuanians view price rises as the biggest national problem, and this is associated with the Euro. Because in Lithuania the Euro has been introduced relatively recently, EC was interested in the impact of the rising prices. In Lithuania, 94 per cent respondents said that the Euro is to blame for price rises. In Latvia this number was 75 percent," notes L. Šarkutė.

R. Lazutka notes that although people closely associate price rises with the introduction of Euro, it is not an entirely correct way to think about it.

One reason why people that earn more are more positive towards the Euro is related to practical considerations. Those people travel more and the common currency is more comfortable to use. On the other hand, people who earn more are also likely to have higher education level and better understand that price growth is a continuous process and is not related to the currency. Prices rose when Litas was the currency; prior to the economic crisis, the inflation was huge. Overall, when a person's income is larger, he is cares less about the type of currency and price rises," the economist said.

Lithuanian finmin says not sure about benefit of common eurozone budget

Lithuania is not sure about the benefit of a common eurozone budget that Germany and France agreed to...

Lithuania's Tripartite Council , uniting the government, some employers and trade unions, on Monday...