Lithuanians in UK ‘shocked’ by Brexit

BNS
aA
Lithuanians living in the United Kingdom say they are in shock after the majority of Britons voted in favour of leaving the European Union, said Dalia Asanaviciute, head of the country's Lithuanian community. 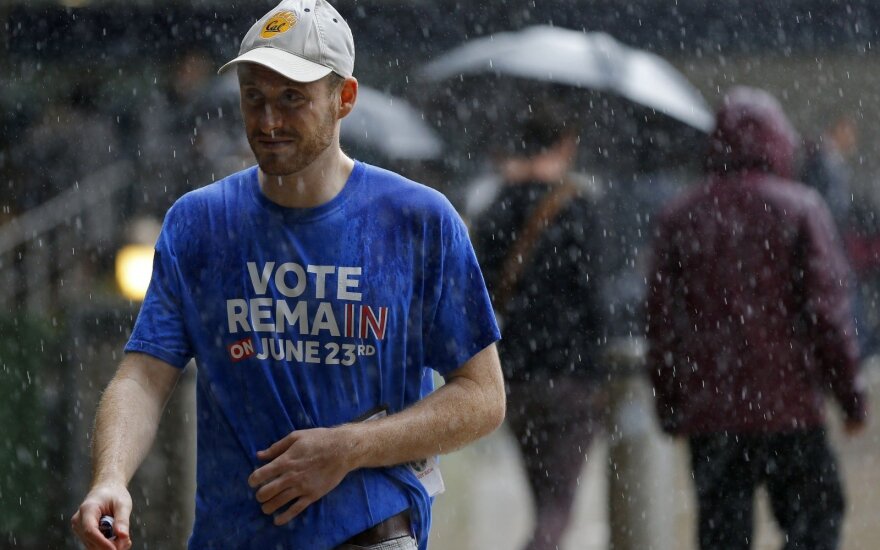 "We're in shock. Literally, in shock. The majority of us had hoped the Remain would win by a narrow majority," she said. "Nobody knows what will happen next."

Lithuanians living in the UK are facing uncertainty over their status as London and Brussels will discuss it during the UK's withdrawal negotiations.

Asanaviciute said British Prime Minister David Cameron, who announced his resignation on Friday, said immigrants living in the country could feel safe for the next two years of negotiations with the EU.

Having lived in the UK for the last six years, Matulionis expressed his anger at Britain's decision to leave the EU, comparing pro-Brexiters with imperialists.

"Progressive people think differently, and people who still think about Britain's imperialist times, think otherwise," Matulionis said. "It’s a slap in the face of all of us who came here and helped to build the economy. There's no nationalism here, just a conservative way of thinking of country people“.

In a historic referendum, British citizens voted to leave the European Union on June 23, with 51.9...

As British voters hit the polls to decide whether the United Kingdom stays or leaves the European...