Xinhua
aA
Lithuanian President Dalia Grybauskaitė is to meet with his Ukrainian counterpart Petro Poroshenko on Friday to discuss the security situation in Eastern Ukraine and the Sea of Azov, said the President's Office on Tuesday. 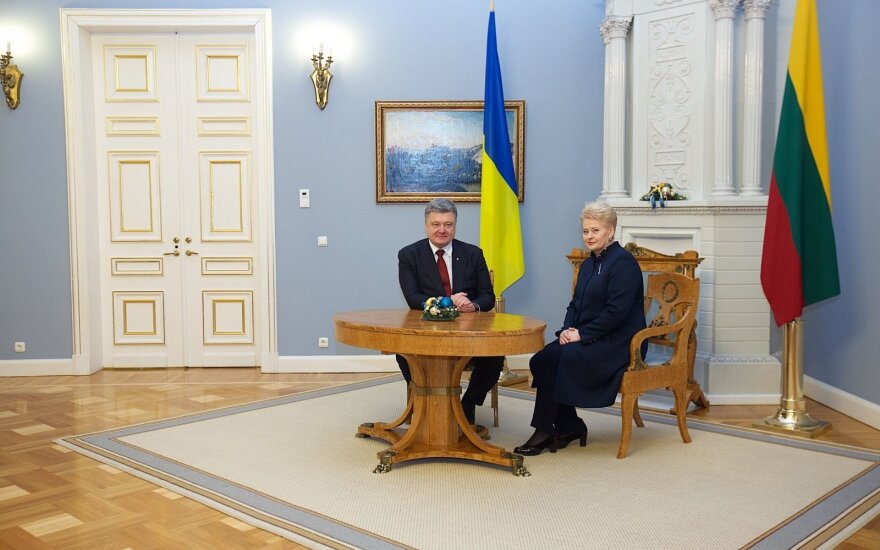 Besides the security issues, both presidents are to discuss Ukraine's EU integration efforts, said the office.

According to the Lithuanian president, fight against corruption and reforming law enforcement institutions among the key reforms that Ukraine needs to implement for its European integration.

While in Kiev, the capital of Ukraine, the two presidents are to sign four documents on bilateral cooperation, including an agreement on employment and labor migration.

This document is aimed at ensuring social guarantees to Ukrainian workers in Lithuania and fighting illegal work, according to the Lithuanian president.

"The protection of rights of employees from Ukraine working in Lithuania is yet another relevant topic on the meeting agenda," announced the Lithuanian President's Office.

Cooperation on protecting Ukrainian workers' rights in Lithuania comes amid growing immigration of Ukrainian citizens to Lithuania, a small EU member country with a population of less than 3 million.

According to the Lithuanian Migration department, last year, around 20,000 out of 34,500 work visas and residence permits were issued to Ukrainian citizens moving to Lithuania over higher pay.