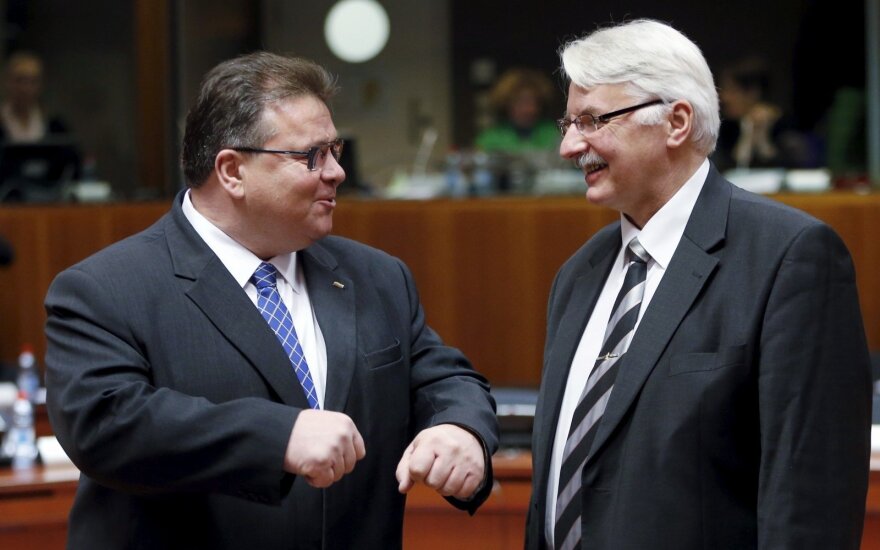 Last year marked 25 years of renewed diplomatic relations between Lithuania and Poland. If anyone had reason to celebrate, political scientists note, it would be businessmen, retailers, members of the science and arts communities. At the political level cooperation was occasional. In the meeting of ministers of foreign affairs from the two states hope was expressed to strengthen political cooperation and resolve ethnic minority issues.

Meeting for the first time after a lengthy break, the Lithuanian and Polish ministers admitted that close relations between Lithuania and Poland are a necessity – threats from Russia necessitate the creation of joint military batallions, strengthening defence and security in the region. Mutual transport and energy projects are also important.

A number of joint ventures have been created, tourist flows are intensifying in both directions.
“Lithuania is increasingly visible in the Polish scene, in concerts. An excellent example is cooperation between historians and round table discussions. The transfer of the national expedition through Nemunas to the Vistula has been announced. Thus I believe that in June-July it will be an excellent opportunity to open up pages of common Lithuanian-Polish history,” Lithuanian ambassador in Poland Šarūnas Adomavičius said.

Both states realise that it will be necessary to resolve the entrenched ethnic minority problems. This would be resolving the writing of Polish surnames in their original language, strengthened teaching of the Lithuanian language.

Lithuanian nationals living in Seinai and Punskas are dissatisfied with the financing of Lithuanian schools, there is a lack of teaching resources and need for greater support for cultural centres and publishing.

Due to the current geopolitical circumstances, calls arise from both sides to remember common history and improve bilateral relations.

“What is most important for me is that after our meeting, the things we discussed would happen. That after a lengthy break our Education and Culture Commission would start working, that experts would talk about security and defence matters. All of this can be resolved only in an atmosphere of cooperation, something lacking so far and necessary to recreate now,” said Lithuanian Minister of Foreign Affairs Linas Linkevičius.

“Dear editor, it is not possible immediately because I have not been invited, but I will go when I am,” Polish Minister of Foreign Affairs Witold Waszczykowski answered when asked when he can be expected to visit Lithuania.

According to L. Linkevičius it is important to renew the work of the mutual parliamentary assembly and the government cooperation council.

Members of the Lithuanian national minority living in Poland say they are observing the...

On 7 November, Lithuania's Ambassador to Poland Šarūnas Adomavičius presented the letters of...