BNS EN
aA
Lithuania's Prime Minister Saulius Skvernelis has warned the Social Democratic Party against procrastinating their decision on future in the ruling coalition. Delegated by the Farmers and Greens Union, the PM said he would work to secure alternative support without a formal decision of coalition partners, if they tried to put off the discussions until the budget adoption. 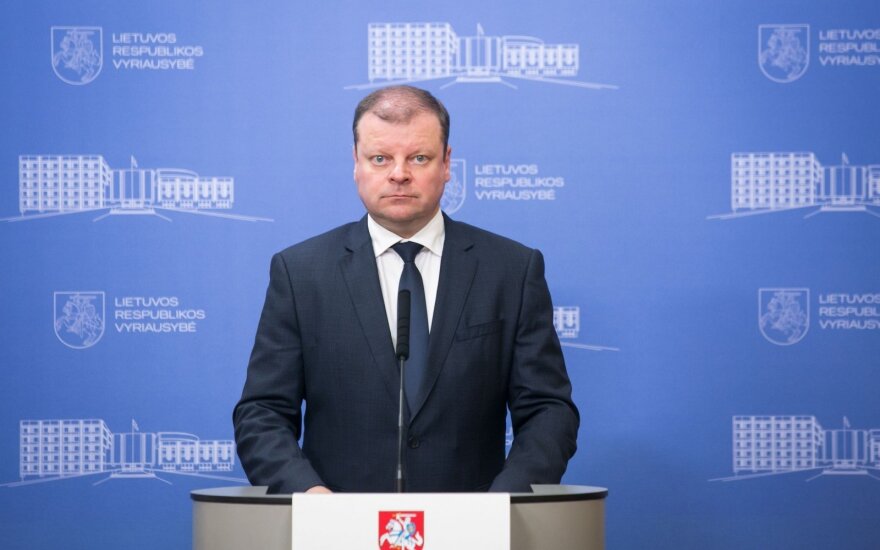 "If branches of the Social Democratic Party decide to leave the coalition, it will be a decision that deserves respect, however, the decision should be taken rather soon," the prime minister told BNS.

Skvernelis said he wanted the position of the coalition partners to be known before the parliament's fall session, which is due to start on Sept. 10.

"We would want this done before the start of the session to ensure the government's successful work and speak about support to the government or a different coalition. The political decision should not be postponed to the period when the state cannot afford these games, when it comes to adoption of the budget," he added.

Related articles
Farmers' leader says relations with SocDems are good
The end of the political season. Who obtained what?

Leadership of the Social Democratic Party expects to hear from its branches about further work with LFGU by Sept. 20, pledging to later discuss the matter at the party's council.

In Skvernelis' words, if there is a tendency that many Social Democratic branches no longer want to stay in the coalition, waiting for a formal decision will make no sense.

"If we followed the line proposed by the party's chairman that the opinion of branches will be the most important, there is no need to wait for the deadline. If 90 percent of the branches state their opinion, we do not need a formal decision from the party's council," the prime minister said on Tuesday evening.

Skvernelis also expressed conviction that the political group of the Social Democrats would remain in the ruling majority in any case.

"I see a possibility and do not have a slightest doubt that members of the Social Democratic political group who work in the Seimas could remain and work in the ruling majority for the next three and a half years," said the prime minister.

Observers say Social Democratic MPs may be more likely to remain in the coalition that the party's leader, Gintautas Paluckas.

Should the Social Democrats decide to leave the ruling bloc, the prime minister would probably rally support from the opposition. A precedent has already been set – the opposition conservatives recently supported the LFGU-proposed reform of forestry companies in exchange for the pledge to bring back the lower tax tariff on heating.