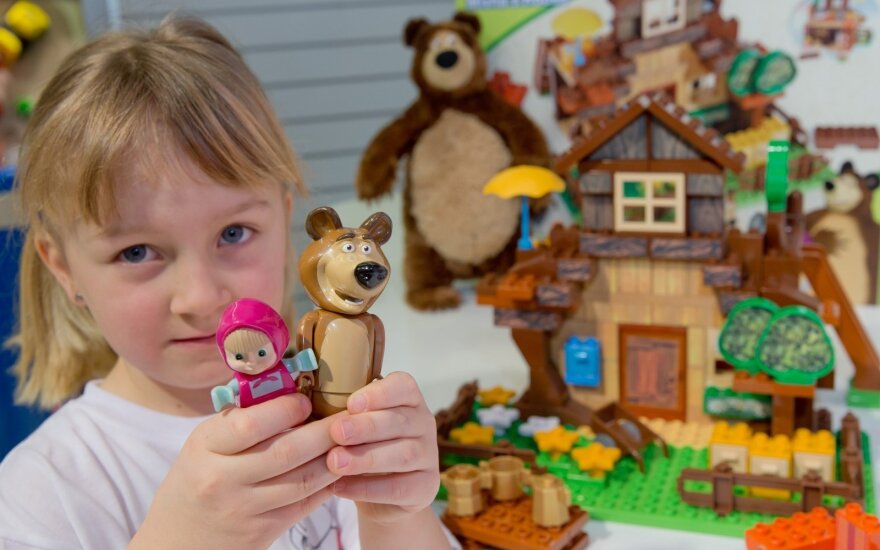 It has been known since ancient times that the greatest military victories are those achieved without firing a single shot. One of the means to do so is currently also one of the problems seen as most relevant in the world right now – fake news. "Call it disinformation, propaganda, fake news, it doesn't matter. It is a struggle for people's hearts and minds and it is currently very intense," Lithuanian military representative Aurimas says.

Cheaper to brainwash than shoot

Related articles
Russia couldn't find a future but wants to manage the past
Russian film shown in Lithuania is suspected of being propaganda. Not all agree

While the military associates with the battlefield, weapons and open fighting to most, its role also encompasses the far less noticeable, but no less important information warfare. The actual process of this was explained at a Lithuanian Marketing Association (LiMA) event by a representative of the Lithuanian military, who presented himself as Aurimas, but was unable to disclose his surname.

"During cooperation with the State Security Department, we can see that a very active information campaign is ongoing in Lithuania. It seeks to falsify history, change the order of governance and many other things. The fundamental principle is simple – if one person manages to convince ten others that the information he spreads is real, each of them can respectively convince another ten. This mechanism was tested in Ukraine in taking Crimea, we use this campaign as a textbook example of information warfare. I had the opportunity to visit there at the time: people in Luhansk who hid in garages were convinced that they were being shot at by Ukrainians though the opposite as the case. The information war was already lost," he explained.

According to Aurimas, constant attempts to attack with false information are ongoing in Lithuania, for example there are attempts to break into news portals and distribute fake news in them. "Now only economic, but also information espionage is ongoing, there are tests how long it would take to hack Delfi, 15min, LRT and other channels. Why? In order to embed different information," he explained.

Aurimas stated that based on information available to them, the Russian federation includes information warfare in all stages of planning of both military and non-military operations. This was applied both in Ukraine during the formation of coalitions, economic sanctions and diplomatic relations, as well as in military conflicts such as Afghanistan, Iraq, Syria and such.

"Information warfare encompasses all the segments and phases of the process. It is cheaper – better brainwash many people and they will yield, accept us as saviours, rather than fire a shot and become the enemy. The contemporary information sphere has already become the front line and countries such as Russia invest great funds into it," he stated.

Lies tailored for each audience

Professional distributers of fake news take care to consider who to tell what lies. "Looking from the perspective of the Russian federation, they distinguish three target audiences in Lithuania. Firstly what they tell about us to the West, then what they say about our country's establishment to our citizens and thirdly what they say about us to the citizens of the Russian Federation or all citizens of the former Soviet Union," Aurimas listed.

"Talking of Lithuania, the main narrative is that NATO is weak and its presence in Lithuania is harmful. Why specifically NATO? Because departure from NATO would not require a referendum as would departure from the EU. As such far fewer citizens need to be affected because it would be enough to convince a political party which would make a political decision. As such it is possible to make the country no longer defended by NATO without firing a shot. The rest of the way would be easy," the military representative explained.

Meanwhile Russian citizens are told that NATO is rapidly growing and surrounding them, this is compared to the dangers of Fascism or Nazism. Members of the elite, TV shows and such are used to spread such information.

Aurimas recounts that they observe around ten thousand fake news per week. "The scales are such that it is simply impossible to absorb everything. Just talking about the two key channels of disinformation spread, RT and Sputnik, their audience numbers are around 144 million and they are broadcast in more than 100 states. RT's budget for 2016 was 600 million euro, when to compare, Lithuania's defence budget that year was 650 million euro," he calculated, adding that even then, sometimes it is attempted to spread the position that in funding defence, funds are taken from Lithuanian teachers and doctors.

According to Aurimas, one of the key targets to influence is history. "The regime controlling the Russian Federation does not believe that history is a science, to them it is simply a means of foreign policy," he stated.

"They are attempting to manufacture a different history for us, are attempting to discredit freedom fighters, attempt to convince people that "there was friendly fire", constantly push nihilism, that supposedly things have been getting worse since Lithuania left the Soviet Union, that people are all leaving and Lithuania will soon be gone. They understand very well how important ethnic identity is and the dangers that arise by undermining it. Returning to the Ukrainian example, further invasion was halted because numerous volunteers appeared to fight for their country," Aurimas said.

Also according to him, soft power is being employed, attempts are made to influence via culture. "The cartoon and event 'Masha and the Bear' would appear innocent. It was broadcast on TV and radio at the best times, incredible money was spent on it. Nothing bad? But it is filled with concealed communist symbols, for example the characters wear NKVD helmets. Parents perhaps don't even look at the cartoon, but children are made used to it from early on. Critical thinking is needed everywhere," Aurimas stressed.

What if everything was turned off?

With the quantity of fake news flows increasing, Aurimas advises most importantly to think critical and choose reliable information sources. Furthermore, while during the attack on Ukraine practically all communications means were shut down, the Lithuanian military representative states that it would be impossible to do so in Lithuania.

"You can be calm about that – there are so many GSM networks in Lithuania, they cannot all be hacked. Lithuania has the networks of Bitė, Telia and Tele2; if you hack one, the other two will continue coverage. Also in terms of news media, it is possible to hack individual ones, but not all at the same time," he stated.

As for if a hack happens and fake news are uploaded, Aurimas explains that the first minute is most important. "You have to enter the broadcast during the first minute after the news. If you are late – you are reactive and react when you are being mauled and questioned. As such the problem of cyber security is truly massive," he explained.

Russian film shown in Lithuania is suspected of being propaganda. Not all agree

On the Day of Remembrance of the Victims of Political Repressions in Russia , Lithuania's Ambassador...