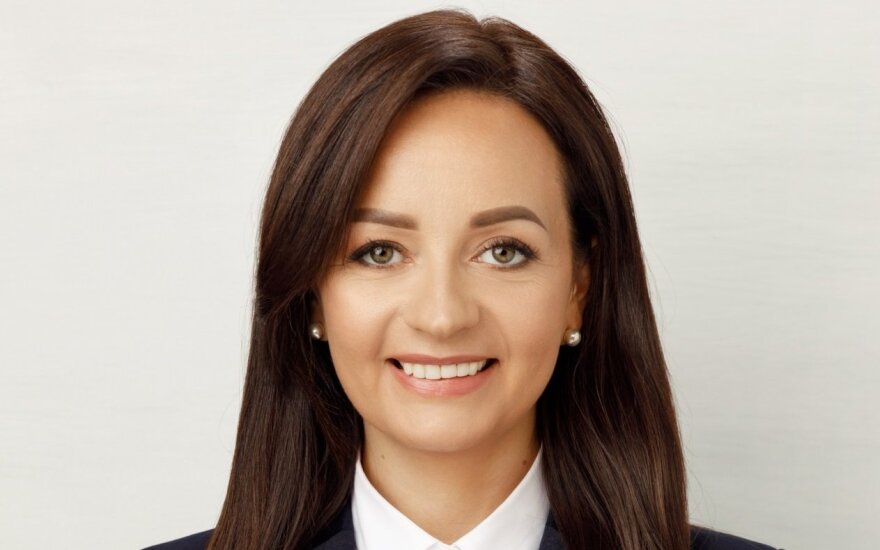 Calling the past two years 'eventful' for the Lithuanian Ministry of Health and the Lithuanian healthcare sector in general would be an understatement.

The current government has addressed various issues including high alcohol and sugar consumption and seems to be working on introducing even stricter regulations for tobacco, a situation that's ignited negative reactions from both the industry and the liberal-thinking public.

Negative reactions have been received from the doctors too. Lithuanian doctors, usually notorious for their patience, have organized two protests over the past six months, mainly on the subject of low wages.

The medicines sector has also expressed concerns. Although it's too early to tell whether the proposed changes and changes that have already been adopted will make a much needed difference, most welcome a willingness to introduce changes. Or at least, partial changes.

The good: First, reimbursable medicine pricing reform and the aim to cut medicine prices. Second, the long-awaited announcement on the reimbursement of innovative medicines. Third, mystery shopping in pharmacies

One of the more positive stories coming from the Ministry was the news of reimbursable medicine pricing reform. In July 2017, the government approved an amendment to the legal act for reimbursable generic and off-patent drugs which states that these medicines should never be priced more than 10 percent higher than the lowest prices in reference countries. The aim of this measure was to reduce the co-payment rate.

Later, at the start of 2018, the Ministry adopted new regulatory changes, which impacted innovative players. The changes expanded the number of reference countries from eight to include all of Europe. This way, Lithuanian medicine prices will be compared to prices throughout Europe (namely, the lowest three).

Furthermore, the government introduced maximum patient co-payments for reimbursable medicines and changed the reimbursable price calculation for generic and off-patent products. Now only two cheapest may be reimbursed, and no references to prices in other countries are being made.

Other developments include the reduction of the preferential VAT tariff on uncompensated non-reimbursable medicines. The government also assessed the possibility of introducing the so-called 'cheapest generic substitution' requirement for pharmacies (applicable only for generic and off-patent drugs), although only for new patients or at the amount of 50 percent of their total sales in which the government will only reimburse medicines with the lowest market price. However, this 'cheapest generic substitution' requirement remains a suggestion and not yet a real legal amendment.

All the aforementioned regulatory changes are, as the Ministry declares, aimed improving the quality of Lithuanian patients lives. The government is indeed highly committed to minimizing the patients' co-payment rate of pharmaceuticals in order to make drugs more accessible and enhance the quality of life. And this is worth recognizing as a huge plus for the Ministry.

Moreover, new pricing rules should be advantageous not only to patients (by reducing their co-payments for reimbursable medicines), but also to the state, which will save around €9 million annually. Therefore, even though some regulatory initiatives still need further assessment, there could be more effective/additional initiatives to help the government effectively and efficiently manage its healthcare budget. The hope remains that the Ministry won't hold back in these areas as well.

The Lithuanian Ministry of Health stated that the money saved from such a reform would be used to reimburse more innovative medicines. This has been proved not to be an empty promise: the reform is nearing the finish line and the sector has already seen positive results in the form of 11 new medicines included into the reimbursable medicines list, something that hasn't been possible for a long time due to a lack of funds.

Last year the Lithuanian Parliament approved the use of 'mystery shopping' in pharmacies, ensuring that both the quality of services and a patient's right to full information about medicines is met. Although the Ministry felt a backlash from the pharmacies and the patients due to additional measures that ensure transparency yet make the commercial process in pharmacies more difficult, the Ministry continues working on it.

This consistency brings hope that the work on increasing transparency within the sector will continue, whilst the relaxed funds from decreased generic medicine prices will be used in a far-sighted way, fostering much needed innovative medicines within the Lithuanian healthcare system.

The bad: Low access to innovative drugs, outdated budget planning and too much tolerance for an ineffective system

First: Too long and complicated access to innovative drugs

There are many aspects to decision-making both at the Ministry of Health and the Government overall which need to be addressed. However, decision-making on including innovative medicines in the Reimbursable Medicines Pricelist is especially painful and must be improved and shortened as soon as possible. Although the Law on Pharmacy determines a 180-day period for adopting these decisions, in reality it often fails to comply, leaving Lithuania dragging far behind Europe's more advanced reimbursement systems.

A statistical illustration: in terms of access to innovative medicines, Lithuania is one of the worst in the Europe. The availability rate in Lithuania, which is measured by the number of medicines available to patients in Europe as of 2017, is only better than that of Latvia and Serbia. In terms of the average time between marketing authorization and patient access (the number of days between EU approval of a new medicine and its availability to the public), Lithuania is yet again on the losing side, taking on average 563 days for the cycle to be completed. Only in Serbia, Poland and Portugal does it take longer.

The second major priority flaw within the current Ministry of Health is a lack of ambition to introduce new methods of budget planning which would take into account both the needs of the patient and the situation within the market.

Various new methodologies such as horizon scanning are available, but instead the Ministry and other institutions show little interest in a change for the better and continue on the same path, failing to think more strategically and planning how to reallocate saved, relaxed funds in the best possible way.

This is especially poignant given the fact that the Lithuanian demographic crisis is threatening to make the situation within the Lithuanian healthcare sector worse, unless of course budget planning begins to be taken more seriously.

Third: Too much tolerance for ineffective systems and decision-making

Although the Lithuanian health budget has been increasing faster than GDP, it's still not increasing as fast as it should. The increasing footprint of chronic diseases and Lithuania's ever-aging population requires the budget to increase at a much faster pace.

However, one shouldn't complain about the lack of funds if the ones in place aren't used efficiently.

the inefficient use of the CHIF budget must be tackled by a) revising reimbursable medicine lists and subsequently removing ineffective medicinal products, b) ensuring objective, reasonable and clear CHIF budget-planning that will eventually help use funds more efficiently, attract investment and increase savings and c) solving the issue of health insurance tax revenue collection to the CHIF budget problem.

The current government is soon to celebrate its second anniversary in power. Many things have been done in terms of improving the Lithuanian medicines sector, however, the main question remains: will the current Ministry have enough willpower and insight to execute actions that would build the suitable groundwork for a sustainable future within the Lithuanian healthcare sector?

Present-day issues are, of course, the priority. However, if certain actions regarding the introduction of more innovative and positive planning aren't taken soon, the future of the Lithuanian healthcare system may be even darker than it's currently expected to be.

Lithuania's government intends to increase the number of the brigades of the emergency medical service...

Sugar tax is not planned in Lithuania for now, as the content of sugar in products should be reduced...