the Lithuania Tribune
More and more Lithuanians are realizing their ideas with the help of crowd-funding platforms like Kickstarter and Indiegogo. Some of them are already planning for mass production following successful launch campaigns. 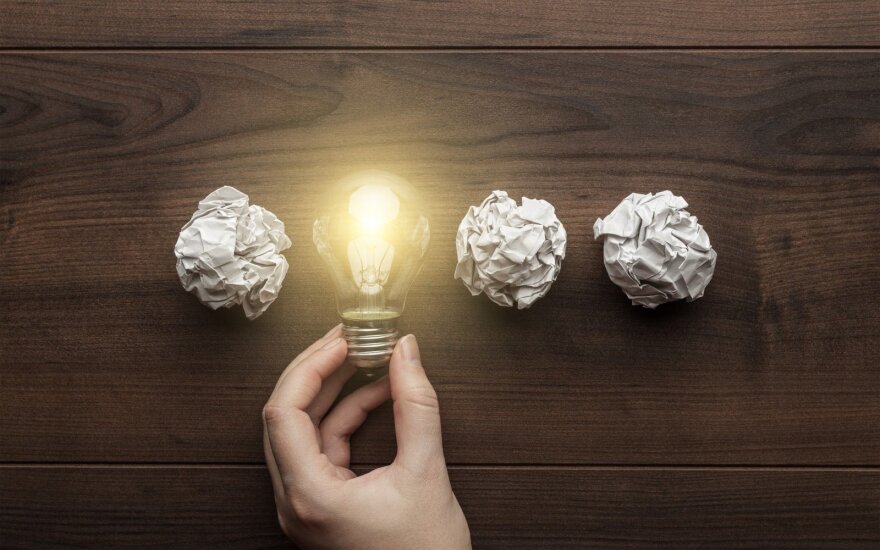 If one types "Lithuania" into the search fields of the aforementioned platforms, dozens of Lithuanian projects seeking funding come up. Oftentimes these are campaign seeking funding for a film or an art project. There are, however, some business ideas that have the potential to grow into stable enterprises. VZ.lt surveys some of them.

One of them is the innovative chair Spyndi. Designer Mindaugas Žilionis has designed a furniture assembly system which allows to construct an chaise longue, an office chair, or a slide for children from the same wooden elements.

The author himself says that the application for the technology is immense and it is up to everyone's imagination what kind of furniture to construct.

“It is not a piece of furniture, but a system of profiles which could be compared to pieces of a jigsaw puzzle. I have a very simple technical solution; you can create the form you need. This could be done not only in the furniture sector, but also in architecture, making partitions,” the designer elaborates on his creation.

With their idea, the team behind Spyndi secured over €110,000 in funding with a pledge to construct and deliver around 100 chairs. Even before their Kickstarted campaign was over, the team received an order of 100 chairs from the United States which they will be completing this year. 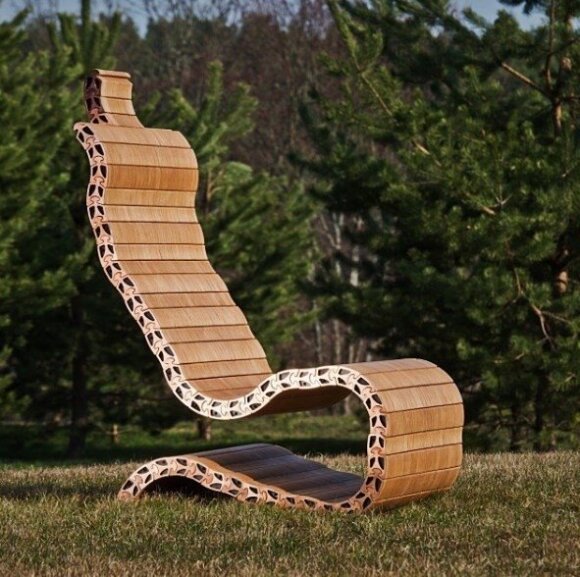 Interest in their product came from all continents except the Antarctic, the Spyndi team say. Among the first to get in contact were individuals from Africa inquiring about distribution opportunities.

Raimonda Klimašauskaitė, who is responsible for the growth of the project, says that there were more such offers and some of the distributors are so big that an agreement is currently impossible because the makers simply could not carry out the order. The team jokes that if they wanted to sign contracts with such suppliers, they would need to employ all of Lithuania's workforce.

“At least until November we are not planning to enter the retail market, but eventually we will. We will strive to do this through local distributors so we have to perform as little customer service as possible and can focus on the expansion and manufacturing of the product. We have agreements with manufacturers in Lithuania and are not considering moving production to China,” says Klimašauskaitė.

When asked about the expected sales next year, she admits they are not yet clear. The team is using their own funds to expand the business and they have not made a decision whether to look for outside investment just yet.

One of the first big Lithuanian crowd-funding stories was the Rubbee campaign, a device for turning regular bicycles into electric ones. In 2013, Gediminas Nemanis attracted almost GBP 65,000 and began working with UAB Elinta, which is now a major shareholder in his company, to develop Rubbee.

Nemanis says that from their crowd funding campaign until now he has sold 500 products, each retailing from €690. He says he continues to perfect the product and is moving toward expanding production.

“The plan is to reach a team of 50 employees and 50,000 units produced over two years. For this we have announced that we are looking for a €100,000 investment, so it all depends on when and what sort of investment we receive,” the founder of the company describes his next steps.

Lava Drops, a guitar project by designer Rapolas Gražys, is nearing completion. He has set a €10,000 goal on Kickstarter.

Every year approximately, 2,5 million guitars are sold and there are ample manufacturers. However, Gražys says that his creations have significant advantages over instruments created by currently established techniques.

“The guitars are made from one piece of wood. All three models are carved from different types of wood: European Maple, Sapele and Merbau. These types of timber are used in ship building; we aimed to create a guitar resistant to environmental change, since musicians travel a great deal and the instruments are subjected to moisture. If we are to discuss the visual part you cannot see from the front, where the strings begin and end as that is on the rear side. Furthermore, we do not include a number of unnecessary parts,” the entrepreneur described the unique features of his product.

According to him, the guitar business should not expand to mass production in order to maintain a high standard of quality. He does not, however, reject the possibility of mass producing instruments for children which could be sold in larger quantities than current guitars, only several hundred of which will be made.

Possibly the most successful crowd funding campaign is the watch making project of brothers Danielius and Matas Jakučiai. They aimed to create luxury-like accessories imitating Italian fashions, but with a more affordable price tag, up to €99.

Filippo Loreti brand watches attracted financing of nearly €927,000 with a pledge to deliver the watches in due time for all the backers. Currently, the team is in the process of designing a new collection of watches.

Once a professional badminton player, now Jonathan Low from Denmark is better known as a...