BNS
aA
Lithuania has asked Belarus to provide it, as soon as possible, with detailed information about an incident that occurred on the Astravyets Nuclear Power Plant site on Feb. 17. 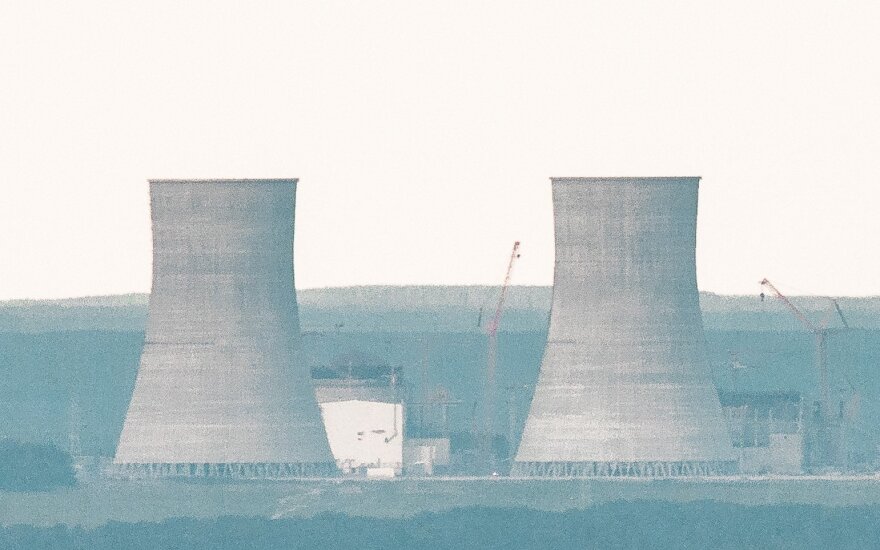 Belarus' ambassador to Lithuania, Aleksandr Korol, was on Thursday summoned to the Foreign Ministry and handed a diplomatic note over the incident.

"Lithuania's competent authorities and the public were not informed about the incident, which occurred more than two months ago," the Foreign Ministry said in a press release.

In the note, Lithuania asks Belarus to thoroughly investigate the causes of the fire and to immediately provide detailed information about the incident and the actions taken.

The Astravyets Nuclear Power Plant's press service has confirmed this week that an incident took place, saying that it involved a short-circuit fault in a temporary power cable providing electricity to the tower crane.

"The insulation of the high voltage cable was damaged during this short-circuit incident, but there was no fire," it said. "The event was investigated by representatives of the general contractor and the Ministry of Emergency Situations according to the established procedure."

However, Mikalai Ulasevich, a Belarusian anti-nuclear activist, has said in a statement released by Westki.info that a fire broke out at the Astravyets construction site during a test run of the reactor protection system equipment on Feb. 17. The electric control room allegedly burnt to ashes.

A number of incidents have been reported on the Astravyets construction site some 50 kilometers from Vilnius, raising doubts in Lithuania about the safety of the facility.

The Lithuanian Foreign Ministry "notes that six incidents known to Lithuania occurred in the Astravyets NPP in 2016, which raised serious doubts as to the quality of the development of the project and the potential environmental impact".

Russia's state corporation Rosatom is building two nuclear reactors of 1,200 megawatts each in Astravyets, with the first unit planned to be switched on in mid-2019 and the second one in mid-2020.

The project is financed by the Russian government.

Foreign Minister Linas Linkevičius says that he was not surprised at Belarus handing a diplomatic...

The prime ministers of Lithuania and Poland on Friday emphasized the importance of joint energy...

Municipalities of the Vilnius city and the Švenčionys district intend to purchase civil protection...