BNS
Lithuania is celebrating the 100-year anniversary of Finland's independence on Wednesday. 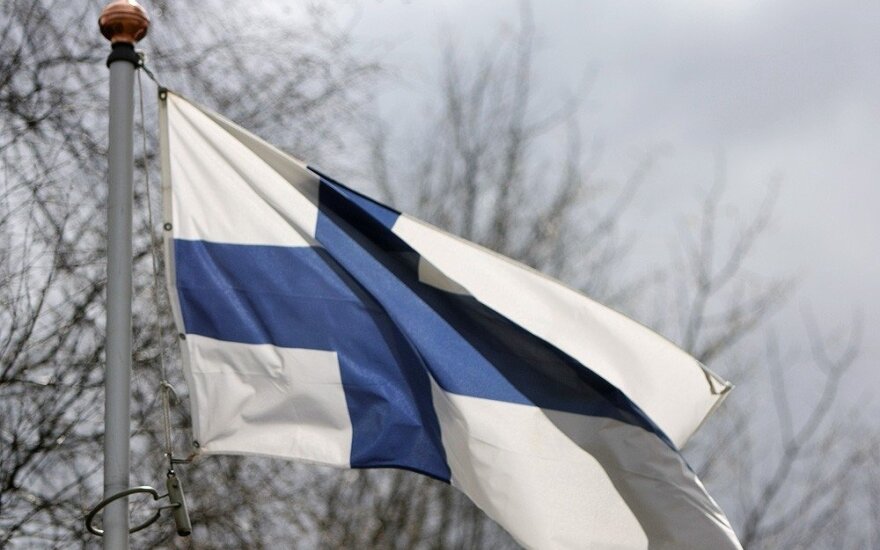 With national anthems of both countries playing in the background, three national flags of Lithuania and two of Finland were hoisted in the recently-renovated Lukiškių Square in central Vilnius at noon. A few dozen people observed the ceremony.

"We have had a total freedom for hundred years (...) and we have been doing our own business the way we want. And now we want to integrate with others. For example, we are happy for being members of European Union together with Lithuania," Finland's Ambassador to Lithuania Christer Michelsson told journalists at the event.

Lithuania's Parliamentary Speaker Viktoras Pranckietis who was also present at the ceremony said that Lithuania should learn from Finland.

"We probably expect to have a future that Finland has today. We see Finland as an example in many areas and we are happy to have somebody to live up to," said the Seimas speaker.

Finland declared independence from Russia on Dec. 6 of 1917.

Lithuania's President Dalia Grybauskaitė congratulated Finland on the anniversary on Tuesday, saying that Lithuania's appreciated the people of Finland as its friends and was happy to have a reliable partner in the Baltic Sea region and the European Union.

Lithuania, Latvia and Estonia will celebrate their 100-year anniversaries of independence next year.

The 100-year anniversary of Finland 's independence will be celebrated in Lithuania on Wednesday.

Lithuania's third honorary consulate in Finland was officially opened in the city of Turku on...

To mark the occasion of the 100th anniversary of the independence of the Republic of Finland a brief...