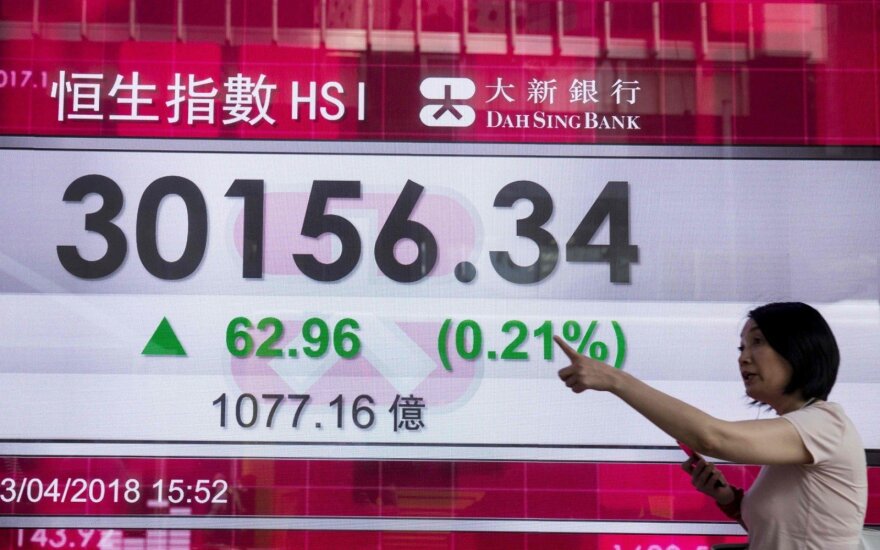 Foreign direct investment from China is on the rise in Europe and Lithuania, the country would also like to invest in a strategic object – Klaipėda port, however behind such investment there may lie the intent to take over high technologies, spy and increase influence in other countries. This was the argument presented to lrt.lt by European Economics and Social Affairs Committee member Gintaras Morkis and Seimas National Security and Defence Committee (NSGK) deputy chairwoman Rasa Juknevičienė.

Related articles
H. E. Shen Zhifei: Opening up for Greater Prosperity in the New Era
Europe, We Have a Problem!

Over the past 10 years, China has invested and obtained property in Europe worth at least 318 billion US dollars. The extent and traits of certain investments, starting with important infrastructure in Eastern Europe to high technologies in the West has raised red flags at the EU level. Leaders such as Germany's Angela Merkel and French President Emmanuel Macron are urgently demanding a joint strategy on how to handle China's relentless push into Europe.

Based on data from Bloomberg, Chinese state and private companies have been involved in at least 255 billion US dollars' worth of transactions in Europe since 2008. China has obtained around 360 companies in Europe, Chinese subjects are also owners or co-owners of at least four airports, six seaports,, as well as wind power plants in nine European countries, while also owning 13 European football teams.

"However Chinese ambitions are larger than publically available information reveals – 355 mergers, investments and joint companies, whose conditions are not revealed, exist. Also, based on calculations of the American Enterprise Institute and European Council on Foreign Relations, greenfield Chinese developments and stock market operations worth at least 40 billion US dollars exist in Europe," Bloomberg writes.

Who exactly is dealing with investment and procurements in Europe shows that Chinese entry into Europe is not simply business – behind the purchases and investment there may lie official or unofficial Chinese foreign policy goals.

Over 670 Chinese subjects have invested in Europe since 2008, almost 100 of them being state supported companies or investment funds and the value of their investment comprises 63% of all transactions, according to Bloomberg calculations. For a time now one of the largest Chinese business groups, the state owned China Merchants Group, has been seeking to invest in Klaipėda port and free economic zone.

Prime Minister Saulius Skvernelis celebrated after meeting with the Chairman of the Standing Committee of the National People's Congress Zhang Dejiang that the Chinese are greatly interested in opportunities to cooperate in the transport and logistics sectors in Lithuania.

"We have drawn our guests' attention that Klaipėda port is undeniably the fastest growing in the Baltic Sea region, that it is an unfreezing port and furthermore that the Lithuanian government has agreed to an ambitious port and external port construction plan, which will make our port even more attractive to foreign investors. Of course, we are also inviting the Chinese," the prime minister spoke.

While due to Chinese investment into objects of strategic importance (especially when state companies are investing), European leaders are left alarmed, Lithuanian politicians appear unconcerned. Vice Minister of Economy Marius Skuodis tells lrt.lt that actions regarding strategic economic objects need to be suitably weighed and it is irrelevant which foreign investor we are talking of.

"China is important to the European countries not only in terms of investment, but also in terms of trade. Chinese companies are increasingly frequently viewing the Baltic region as a potential logistics centre, which has both a seaport and a developed rail infrastructure. These investments by state companies would not only strengthen Lithuania's logistics sector, but would also grant more opportunities for the country's production to be exported.

No doubt, actions linked with strategic state objects must be suitably considered, regardless of what country the investor stems from," M. Skuodis said.

The European Commission has presented a proposal to implement regulations which would establish reviews of foreign investment into the European Union, which would allow Europe to safeguard its fundamental interests in cases where third countries' foreign investors may seek to obtain companies or objects of importance to EU state security and public order, especially when the foreign investors are companies belonging to or controlled by a foreign state.

Speaking of such objects, the EC primarily had in mind important technologies, energy, transport, water supply and IT infrastructure, as well as raw resources and financial markets.

According to G. Morkis, such reviews are needed at the European level, however the EC regulations do not make for a strong enough mechanism: "The regulations outline cooperation between member states and the EC in information exchanges. However, the regulations do not outline a possibility for blocking suspect investment. Then is it worth creating an expensive and time consuming mechanism, which would fail to achieve its goals?

Beneath such investment, we can have intentions to take over strategic infrastructure objects, high technologies and employ them not for economic goals, for which the investment is done, but to make states dependent. There are also elements of economic espionage."

Meanwhile Seimas NSGK deputy chairwoman R. Juknevičienė notes that while at the European level, Chinese interests in Europe are discussed a great deal, there are no such discussions in Lithuania.

"The State Security Department's report on threats to national security mentions the threat of Chinese espionage, however I have not heard any serious discussions of it at the political level. However I have heard information a number of times that China aims to obtain technologies, spy and increase dependence on itself through investment into strategic objects and tech. In Lithuania, it may appear a novelty to us, but certain, for example African states, are practically dependent on the Chinese economy.

As such, there is a need for state policy on this question in Lithuania, we should not allow matters to develop unchecked because on the other side we do not have a free market, but often a policy accompanied by state subsidies. Raising this question is primarily a goal for the cabinet, they should review the situation," R. Juknevičienė spoke.

Interest in the most advanced Lithuanian companies and service spheres

Based on Invest Lithuania data, in 2017 foreign direct investment from China reached 5.7 million euro or 0.04% of all foreign investment entering Lithuania.

According to Invest Lithuania Investment Development Department head Gediminas Koryzna, China was a closed market for a long time, however with it opening, the Chinese government has encouraged many state and private companies to actively invest abroad as part of its ambitious economic development strategy.

"It must be emphasised that the majority of the investment is directed toward obtaining "prestigious" companies and linking with transactions in Western Europe. Meanwhile most of the states in our region (Central and Eastern Europe) could not boast of close economic links with China.

We hope that the 16+1 format proposed by China will strengthen bilateral relations and the Chinese perception of us will change. Lithuania is already being described by certain Chinese companies as a sort of "gate into Europe"," G. Koryzna says.

In recent times, according to the official. China is increasingly interested in investment opportunities in Lithuania and is most interested in the IT, life sciences and construction sectors, as well as fintech.

"We have observed that the majority of the inquiries are related to intentions to obtain already functioning companies or invest in infrastructure. It is a general trend of Chinese business development we see across Europe. Chinese market players have accumulated much capital, thus they can allow themselves to purchase foreign companies with their know-how and clientele," G. Koryzna notes.

H. E. Shen Zhifei: Opening up for Greater Prosperity in the New Era