Giedrimas Jeglinskas
aA
As the winds of change sweep the global political landscape, there has never been a better opportunity to deepen Lithuania’s ties with the United States, especially in the realm of national security and defence. 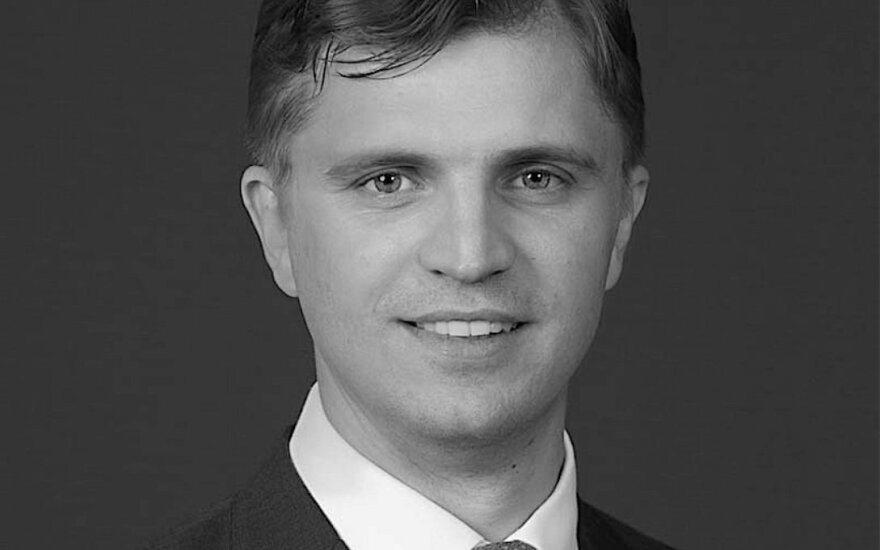 Lithuania’s strategic paradigm has always been clear - we are a small, relatively poor and insecure country. A declining population has turned into an existential crisis for the nation, GDP per capita is still lagging putting us firmly at the near-bottom of EU, while a continuing geopolitical instability in the region is creating uncertainty about the future.

The three pillars – size, wealth, security – are closely interconnected and tend to drive each other. Accumulation of economic wealth is extremely difficult when population is in rapid decline. Equally hard is to motivate people to stay (or return) when economic performance is not stellar. To be fair though, emigration and tepid growth are long-term issues closely aligned with global trends and magnified by the global financial crisis of 2008 and the subsequent volatility.

Related articles
MEP Auštrevičius on Trump, the Eurpean Army and 2% on defence
Karbauskis cautious in speaking on defence spending

On the other hand, national security is an area where Lithuania can and must do more. Parliamentary elections held in Lithuania in October offer a new chance to start focusing on national defence priorities that matter. This opportunity is amplified by the election of Donald Trump as the president of United States.

Our country’s national security strategy needs to be centred on a clear objective of stronger Lithuania because relative power serves as a natural deterrent. This strength can be achieved by focusing on internal and external sets of actions.

Internally, the priorities have long been known. Defence spending must rise to at least 2 percent of GDP as soon as next year. Even more important is for the new government to show political will to back defence priorities with credible financial support as need arises. Obviously, the increased funding needs to be managed transparently and professionally, with an investment mind-set. Corruption and lack of clarity in defence allocations create public distrust in defence establishment, something we cannot afford at this crucial time.

The new Lithuanian government also needs to push further with a conscript military service for all high school graduates. Numerically, professional military force must probably double in size. Qualitatively, Lithuania’s capability to respond to traditional and emerging threats lies in our ability to create an educated and technologically advanced military well-suited to defend the homeland and to operate with NATO. In this respect, if our military is to become a dynamic force nimble enough to adapt to rising challenges such as information and cyber warfare, personnel and career management policies require serious overhaul. With all this in mind, Lithuanian Military Academy, an admirable institution in itself, clearly needs a bigger role in educating military and public leaders at undergraduate and professional level.

Externally, national security priorities are even more challenging. With population of just under 3 million people, Lithuania cannot hope to play great power games in international affairs, a sphere where size and raw strength still matter. However, we can take sides, join forces, and, to use a political science term, bandwagon. This is something Lithuania had committed to by becoming a NATO member over a decade ago.

But joining a formidable military alliance is not a sufficient condition for security. It is the quality of bilateral relationships and a certainty of our commitment to defence that matter when assessing Lithuania’s strategic security position. United States remains Lithuania’s closest ally and the real opportunity now lies with the election of Donald Trump.

First, it should be a priority for the new Lithuanian government to deepen engagement with the new administration in the US. It starts with shared values, alignment of interests, and mutual respect. Personal relationships are essential in building trusted bilateral relationship between countries. Only if we are viewed as a trusted partner can we expect a larger presence of America in Lithuania.
Second, as voiced by some already, Lithuania should increase the size of our representation in America. The objective here is to make Lithuania visible and heard within the US government and military establishments and Americans, in general. Bilateral initiatives could span all areas of government cooperation, from military exchanges to cultural and educational endeavours.

Third, fluid military cooperation, through intelligence sharing and joint military exercises is the most direct way to enhance partnership with the US. Due to Lithuania’s geopolitical position and historical experience, we can offer unique observations of regional dynamics. Our insights combined with a powerful American media projection capability have a great potential to advance common interests and bolster the relationship between Lithuania and United States.

Intensity of the relationship between America and Lithuania is only limited by our imagination and creativity. However, the key for the new incoming Lithuanian government is to ensure the new US administration that we are a responsible partner in national security matters and are willing to take it a step further when push comes to shove.

At the end of the day, a commercially viable direct air route between Vilnius and Washington DC or New York would be a dream come true symbolizing the strength of the bilateral relationship. Aspirational? Yes. Possible? Yes, as long as we do the right things right. Can the new Lithuanian government step up to this challenge?

Giedrimas Jeglinskas is a financial services professional currently based in Warsaw, Poland. He is a former Lithuanian Army officer and a graduate of the US Military Academy at West Point.