Lithuania: a State in Europe or a Federal State of Europe? 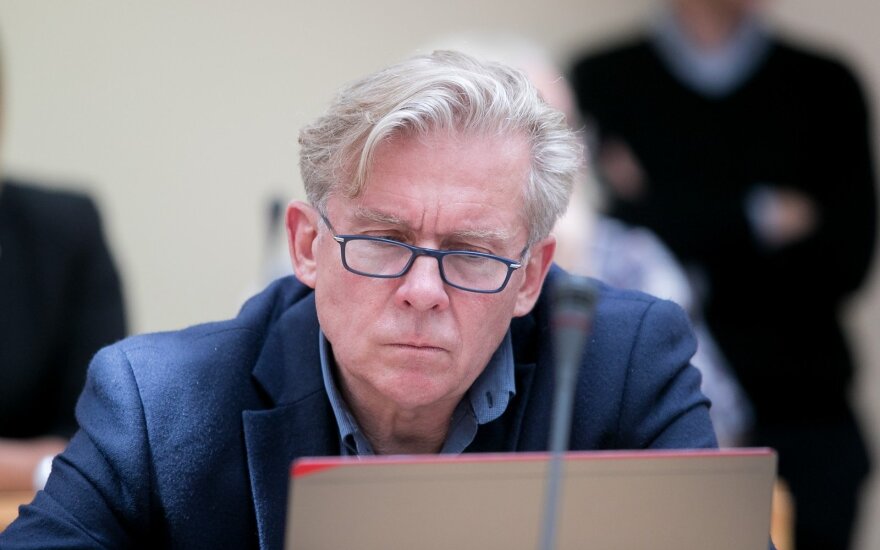 The future of the EU, an issue increasingly raised over the recent years, seems to generate fatigue. In fact, in Lithuania, in contrast to the rest of the EU, the debate on the matter is practically non-existent.

It is fair to say that last year the debate was on the verge of gathering momentum at the Seimas Committee on European Affairs. However, intentionally or not, the debate was stalled due to a high diversity of views on the matter. And yet, can we circumvent an issue strewn with so many implications for further development of our nation and state? Certainly not, I believe. This, in turn, makes me raise the question again: what kind of European Union do we want?

In March 2017, I expressed the opinion that usually region-based coalitions of like-minded EU Member States were unavoidable. In this context, we need to decide with whom we could formulate a common position. The partisans of deepening European integration and advocates of a de-facto federalisation of Europe propose joining the core of Europe. By contrast, the initiative unveiled at the Seimas debate, in which I and my colleagues took part, argued in favour of the strong case of the Visegrad countries. Over the past few years, Lithuania's federalists maintained that the Visegrad Four had no clear vision of the EU and its criticism of Brussels was simply based on the Eurosceptic atmosphere in the countries concerned.

Related articles
Kęstutis Girnius. Vassal mentality – subservience to the USA
Egidijus Vareikis, So, what about the foreign policy?

Recently, however, the Visegrad Group has published a position on the future of Europe that undermines any such speculation. The said position advocates deeper integration in the areas where integration has been successful so far, in order to retain the results already achieved; promotes development of the EU's competitiveness by establishing the single market and raising the EU's economic potential globally; and speaks in favour of consensus and joint agreement in decision-making on the future of the Community, rather than the top-down approach. A series of significant proposals in the position relate to ensuring democratic legitimacy and representation of Member States. A European Council with the principle of unanimity should be central to the EU's essential decision-making. The Visegrad Group also advocates in favour of democratic parliamentary control (the red card principle). These are constructive guidelines for a vision where the EU Member States are countries in Europe, not a federation of European states. The message is well worth serious consideration.

In this context, opinions often voiced by Lithuanian politicians on the need to increasingly assimilate with the EU's core member states merit separate attention. I have some misgivings about the true meaning of the well-sounding, yet non-self-explanatory concept of the core of Europe. The countries, traditionally seen as part of the said core, or nucleus, are economically and politically most influential West European EU member states that have hitherto been the engine of European integration. The UK's decision to exit the Community has made the core countries even more influential. France, one of the core member states, proposes the creation of a Combined Joint Expeditionary Force, which, in the French vision, should be mostly used for missions in former French colonies. France is also advocating in favour of the establishment of a European Minister of Economy and Finance, a position meant to increase the Commission's powers at the expense of Member States.

Germany, another core country, is neglecting the interests of other countries by constructing the Nord Stream 2 in order to enhance its economic power and its role in the EU energy market. The core member states are willing to accept us into their fold. Question is – on what conditions? Will we have enough clout and leverage to demand our partners to abandon any ideas that are of interest to them but harmful to us? I highly doubt it. Therefore, it seems to me, that the thriving principle of a two-speed Europe is leading to an inevitable split between the core and the periphery in the EU and, ultimately, to fragmentation of the European Union.

The core countries of the European Union also want to give more powers to the institutions in Brussels. There are proposals to compile transnational party lists for the European Parliament elections. This is done in the context where the decisions of the European Council already lend themselves to idiosyncratic interpretation by the Commission, even though the latter has no mandate to do this. The European Council's agreement on migration made in April 2015 is a case in point. While the agreement spoke of enhanced solidarity and assistance, it certainly did not mention quotas, the brainchild of the Commission (or any of the core EUMS). The quotas were, however, imposed and implemented with all the resulting consequences. Therefore, instead of reinforcing the European institutions at the expense of EU Member States, the European Union should urgently task itself with an intensive search for solutions to the problems of democratic deficit.

In Lithuania, the sporadic debate on the future of Europe is perhaps led by the fears of Lithuanian leaders that the final result of the debate will not coincide with the dominant opinion in Brussels or Berlin. This phenomenon has some common features with, I must admit, the increasingly inconsistent Lithuania's foreign policy in general.

One of the reasons for the inconsistency is the fact that we gave much – sometimes perhaps even too much – weight to individuals in foreign policy. I will not deny that personal relations play a very important role in international policy. There were many cases in history where exceptional cross-border relations were forged thanks to friendships between political leaders. Neither will I deny that, over the last decade, Angela Merkel had a strong hold not only on Germany, but also, to a certain extent, on Europe at large. However, the role of public figures cannot be taken for granted, since each politician's era and political course may run to a rather unexpected halt. Worth recalling in this context is the abrupt end of the era of David Cameron, the young British Prime Minister.

Therefore, even though foreign policy based on strong individuals may be a good idea in the short to medium term for the promotion of national interests, it should not be the basis for a long-term strategy. The stance of Angela Merkel on the war in Ukraine waged by Russia was fully in line with the expectations of our country and our region. In exchange, we undertook to support Berlin on migration or other matters. However, the Chancellor was weakened after the German parliamentary elections, and we can now observe how the reconciliation narrative and the strive for the normalisation of relations with Russia at any price is gaining momentum in the country.

Does Germany's foreign policy proposed by Martin Schulz and other socialists meet Lithuania's interests? For, mind you, this may well be the core Europe we are offered to join. If not, then why did we, for the sake of good relations with the EU's core, go so far as to take a stance against the United States, our traditional and principal ally?

Both on Twitter and in the State of the Union Address, drafted by his team, Donald Trump said that the final vote on Jerusalem in the United Nations demonstrated clearly that not all of the beneficiaries of billions of dollars of US aid were genuine friends of the US. He also urged the Congress to adopt a law ensuring that, in future, the US support would only go to America's allies. Is this not a signal for us that despite our rhetoric on the importance of the US in the region, we behave irresponsibly in practice?

Apart from the case of Jerusalem, Lithuania's confusion and ambiguity in foreign policy can also be observed in the (at least publicly) unfounded proposal for a recovery of the Intergovernmental Commission with Russia.

We need a clear vision on crucial issues: should we become provinces in Europe? Or, alternatively, should the future of Europe be determined by Member States represented by democratically elected leaders, with the principle of unanimity in the European Council sustained, in which case, EU treaties notwithstanding, Lithuania will retain the important dimension of statehood.

Raimundas Lopata. We are US friends, not vassals

Expression of disagreement with the Lithuanian vote on Jerusalem: damage to national interest (6)