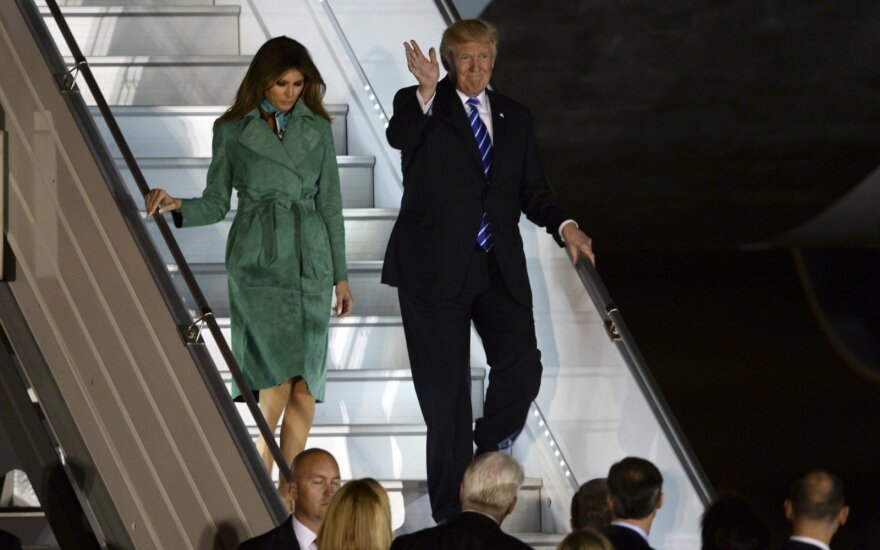 From July 11 to July 22, the Šiauliai district will host a training exercise for which the USA will deploy its long range anti-aircraft defence system Patriot. The deployment of Patriot missiles in Lithuania were discussed during a visit by Pentagon chief James Mattis in Vilnius in May.

At the time there were hints that up to the planned Russian training Zapad, Patriot or alternative systems may be deployed in Lithuania in summer. The air defence of the Baltic States is a weakness currently. Lithuania, Latvia and Estonia currently only have short range anti-aircraft defence systems. At the time, in May, J. Mattis assured Lithuania that the USA understands our security situation very well and there is no split in opinion, thus the USA will fulfil its obligations toward our defence. Can the deployment of the Patriot system be seen as fulfilling these words? This was the question posed to Minister of Foreign Affairs Linas Linkevičius.

"Well, it is along the lines of what you said. We urge to not only listen what is being spoken and declared, but also watch what is happening in real life. In real life it is exactly what we expect that is happening. Patriot rockets are not just any weapon and we should talk not just of gaps in capacities that we have and you mentioned in air defence, but as a special case. It is deployed during a crisis. There is no crisis here and I believe there will not be, but this can be seen as a sign to everyone that such measures will be taken. As much as necessary and when necessary. And there can be no sentiments here. I believe that it is very important in this respect as well," the minister responded.

When questioned on the concept of a permanent Allied detachment in Lithuania, rather than rotating force deployments, Linkevičius urged to remember that there are political subtleties to it and that many allies were uninclined to accept the term "permanent". The politician points out that Lithuania is also viewed as part of the larger Baltic region, thus troops and equipment placed in Poland are just as relevant to our security. Beyond this, the minister also points out that the Baltic region most certainly has been receiving attention as of late, with a number of high profile visits. This ranges from President Trump's visit to Poland, Secretary of Defence J. Mattis visiting Lithuania and a soon to happen visit by Vice President Pence in Estonia, all in short succession.

The minister repeatedly stresses that all the ongoing processes are a dialogue and at the same time we ourselves have to show that we care about transatlantic interactions. "This cooperation of ours is important not only in defence and security, but also no less in economics. A time will come when we return to trade, even if now is a difficult time for free trade. And during this process we must take up a rational, constructive position because we certainly are not a super state, we will not surprise anyone with quantities. We can surprise with quality diplomacy, correct decision making in our discussion participation and our contribution to overall funding which is particularly important right now. We should all pay attention to this," L. Linkevičius said.

When confronted with a quote from German Chancellor Angela Merkel that the USA can no longer be relied on and Europe must rely on its own strength more, Linkevičius plays down the comments, stating that this was linked to the pre-election period, with people wanting to hear pointed talks. He emphasises that A. Merkel is fully aware of the importance of trans-Atlantic relations, but being from a country as significant as Germany, she can allow herself more freedom of expression. Linkevičius also points out that despite European Council head Donald Tusk noting marked differences between the European view on Russia and the American view, in practice there are actually very few differences.

Regarding President Trump's change of heart regarding cancelling sanctions on Russia, Linkevičius stresses that every leader who feels any sort of responsibility will seek contact with Russia and solutions to tensions and that it is laudable, even if it may not always work out. The minister stresses that in the end, the US Congress will definitely seek control over sanctions processes, particularly with the POTUS' entourage being compromised due to links with Russia, thus he notes that it is unlikely any sort of liberalisation will occur and quite the opposite may happen – more failsafes may be placed so that no doubts about American capacities to succeed in this situation would be left.

The Tobruq Legacy 2017 air defense exercise gets underway in the district of Šiauliai, in...

President Grybauskaitė to meet with US president in Warsaw

Lithuania's President Dalia Grybauskaitė is scheduled to meet with US President Donald Trump in...

Military activity in the Baltic Sea region has recently heightened, however, the situation is under...