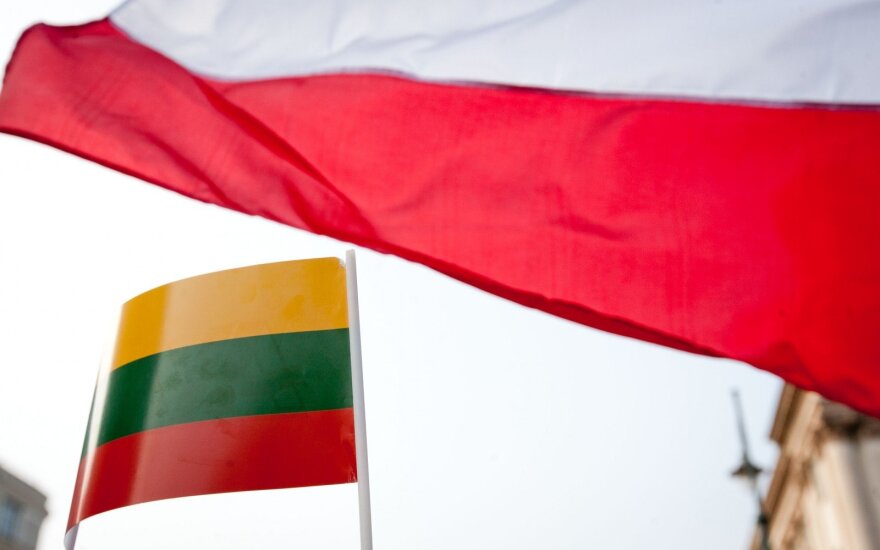 Act of Independence signatory Zbignevas Balcevičius admits, speaking of Lithuanian-Polish relations, that the signing of the Act demanded much forethought from representatives of ethnic minorities.

With the beginning of national rebirth, various activists appeared.

Not all were friendly, some even opposed the first Polish consulate in Vilnius.
While relations were finally established, political scientist Marijušas Antonovičius points out that they have been abandoned for the past decade.

“A part of our politicians even feared an autonomous, independent Lithuania because they thought there will be no-one to complain to, no-one to stand for ethnic minorities. But I have always thought that our problems, those that were and some that still exist, need to be resolved her, in Lithuania, by participating in solving them,” Signatory of the March 11 Act Z. Balcevičius said.

According to political scientist M. Antonovičius, Lithuania and Poland had pragmatic expectations when establishing bilateral relations.

“I believe expectations were the core. Lithuania expected that Poland will support Lithuania’s bid for independence and will help to take its place in the international political arena. Secondly Lithuania hoped that Poland will support the Lithuanian aim to become a member of the EU and NATO and that we would pursue these goals together. Poland’s main aim meanwhile, I believe it was to have a stable Eastern neighbour,” the political scientist said.

“I believe that it [the situation] appeared very good, that is there was an understood strategic element to integrate with the EU and NATO. Efforts at the highest level were levied at this, while maintaining good bilateral relations, maintaining trust between the two countries’ politicians and heads of state. There was likely much work done with the communities, both that of Lithuania and Poland, so that stereotypes and historical misunderstandings would not prove obtrusive,” Antonovičius explained.

According to Z. Balcevičius, externally the bilateral relations of Lithuania and Poland appeared friendly – the Supreme Council effectively resolved ethnic minority issues. As time passed, however, the friendliness began to wane.

Political scientist M. Antonovičius points out that a clear cooling of relations occurred around 2010. According to him this coincides with the Polish majority party Civic Platform having different views on foreign politics, with arrogant views that Poland can dictate to Lithuania as a small country, furthermore with the Polish elite losing patience over Lithuania failing to fulfil its promises regarding ethnic minorities and strategic questions.

While the new Lithuanian government is demonstrating positive initiatives, the political scientist doubts we will see any significant shifts. The expert points out that there appears to be a lack of political will to pass the necessary legislation, with the main party – the Farmer Greens – not even talking of the matters. He concludes that given how much the practically main individual in Seimas, Ramūnas Karbauskis, has talked about it, if nothing has been done in the first 100 days, it is unlikely that this majority will do anything at all.

Vice Minister of Foreign Affairs Neris Germanas is convinced that Lithuania and Poland have and will continue to be linked together and will have to resolve various mutual questions of, for example, security. He explains that Lithuania’s relations with Poland are based on long term interests, furthermore the two countries are traditionally and historically linked and the current situation leads to an agenda of cooperation and mutual concern, including matters of security, from energy security to military security, as well as developments in other neighbouring states.

Lithuania's Foreign Minister Linas Linkevičius has expressed belief that the majority of European...