Mindaugas Šapoka | ldkistorija.lt
aA
Liberum veto (Latin for “the free veto”) is what the right of every nobleman not to permit adopting laws at the Sejm was called in the Commonwealth of the Two Nations. This right formed intensively after the Union of Lublin. But in the times of Sigismund Vasa (1587–1632) many decisions were taken unanimously. Why? 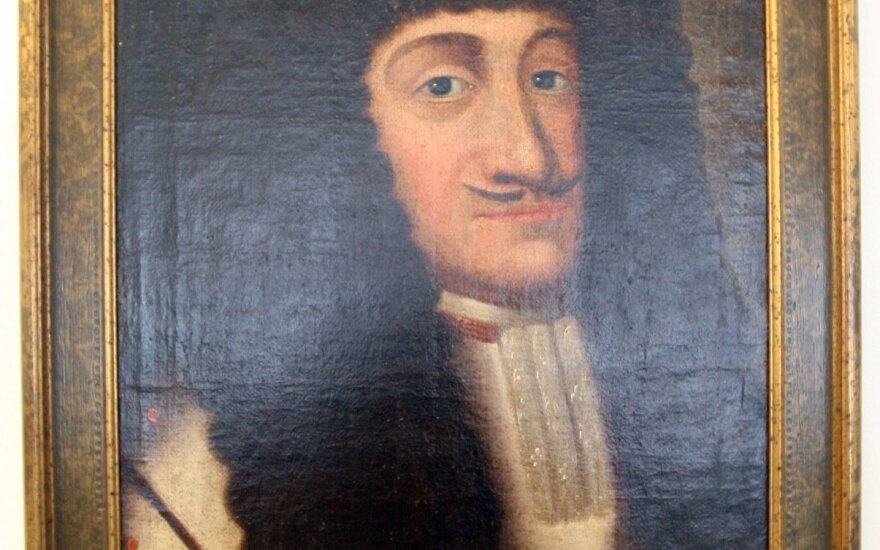 A good tool in bad hands

The main principle of parliamentary meetings of the Commonwealth of Poland and Lithuania was the minority's joining the majority. The Sejmiks that were convened before every Sejm were the first stage during which the most various demands were coordinated and one instruction, which the envoys had to follow strictly at the Sejm, was issued. The second stage during which contradictions were coordinated was provisional meetings of different parts of the Commonwealth of the Two Nations. Such meetings were held in Lithuania, Prussia, Masuria, Poland Major and Poland Minor.

Related articles
The 1655 Union of Kėdainiai: from Poland to Sweden
The last Sejm of the Commonwealth of the Two Nations in Grodno

These meetings made the work of the Sejm easier, and the envoys who came to the general Sejm spoke and offered laws not as individual persons but on behalf of the district they represented or even on behalf of the entire province. Contradictions were understood not as a private opinion of an individual but as a request of the entire district. Theoretically all the people taking part in the Sejm sessions were equal. In many cases the right of liberum veto played an important role in this situation.

Until the middle of the 17th century individual delegates could in this way make the majority of the deputies reconsider the decisions once again, take into consideration the interests of the provinces. But in 1652, it was not permitted to prolong the work of the Sejm for the first time, and in 1669, the right of contradictions was made use of for the first time when dissolving the Sejm. The initial aim of the principle of unanimity to defend the minorities became distorted and the right of liberum veto became a tool of struggle between different political groups. Under the rule of Augustus III (1733–1763) the climax was reached when only one Sejm was not dissolved.

Who and why used the right of liberum veto?

A contradiction at the Sejm could be expressed for many reasons. Sometimes a district issued the instruction in which a permission to dissolve the Sejm was given if one or another decision was taken (on new taxes, military or peace issues). However, most often that was done when some faction of the nobles instigated it.

There were exceptions too, when the Ruler made use of the possibilities provided by the right of liberum veto. For example, Jan Casimir Vasa (1648–1668) supported the establishment of the right of liberum veto understanding that it was a tool with the help of which it was possible to control the work of the Sejms that were unfavourable to him. In any case, an envoy, if he expressed his disapproval, had no chances of maintaining the contradiction unless he was supported by more influential and powerful persons.

Disapproval was expressed in different ways in the Sejm hall. Usually it was not permitted to undertake considering any issues as long as one or another demand had been satisfied (for example, the Ruler has to distribute free offices; at the beginning of the 18th century, it was popular to demand that the Russian army should be withdrawn). The contradiction could be expressed in reading the prepared laws and when the envoys were asked to give their approval.

Taming of the objectors

The envoy who lodged a protest left the conference hall or was immediately "evacuated" from it by a group that took care of him. In this way, the chances of ruining the work of the Sejm and resisting general pressure, persuasions, even threats that loomed over the protestor if he remained in the hall, increased. Even after such an envoy left the hall, the majority of the Sejm did not give up and looked for him desperately in the city, even the guards were put to protect the gates of the city so that he could not leave.

The significance of the right of liberum veto should not be overestimated in the history of Lithuania's parliamentarianism. Even after the Sejm had adopted the laws nobody was guaranteed that the Sejmicks would approve them and the nobility would carry them out. Upon the dissolution of the Sejm, the sejmiks undertook the initiative of legislation and took the most necessary decisions. Therefore though the significance of the Sejms dissolved by means of the right of liberum veto is undisputable, the Commonwealth of the Two Nations created an efficient mechanism of neutralising the ruin of the Sejms.

In 1768, the right of liberum veto was restricted when considering the issues of taxes, and on 3 May 1791 the Constitution abolished it. It is doubtful if liquidation of the earlier right of liberum veto could have saved the state from ruin. This action would have not created an effective parliament overnight, it would have only strengthened the legislative power and given an additional impulse to the Sejm to restrict the Ruler's powers even more and to strengthen the decentralisation of the state.

The 1655 Union of Kėdainiai: from Poland to Sweden

Because of Moscow’s aggression against the Polish and Lithuanian Commonwealth that started in 1654,...

The last Sejm of the Polish-Lithuanian Commonwealth sat in conference on 17 June – 23 November 1793...

Between the beginning of the 16th century and the middle of the 17th century, there were about 800...