Media Briefing
aA
VU professor, lawyer Vytautas Mizaras tells lrt.lt that behaviour such as is directed against writer and dramatist Marius Ivaškevičius could be described as an attack. Lithuanian Journalists Union chairman Dainius Radzevičius echoes this, stating that law enforcement attention has exceeded the bounds of common sense. These were their comments regarding M. Ivaškevičius being called by the police to explain himself over statements on the news media, lrt.lt writes. 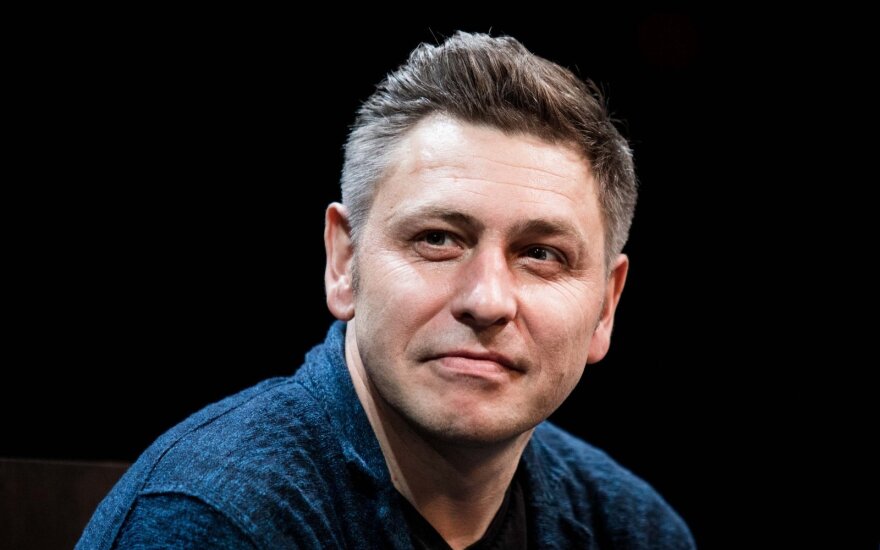 On his Facebook profile, M. Ivaškevičius writes, "A new stage. I have been called to appear at the Vilnius district chief police headquarters due to an interview with LRT.

The author is accused of slandering the Lithuanian nation and inciting hatred on a national basis on the radio show.

"The aim is to investigate when, in what way and with whom giving an interview on the aforementioned radio show was organised, if the questions and topics to be presented during the interview were arranged ahead of time, if there were plans ahead of time to discuss Polish speakers, Jews and other national groups, whether the used specific phrase "We pushed out many Polish speakers, pushed out, killed off Jews..." intended to slander, incite hatred toward the mentioned national groups," M. Ivaškevičius writes.

D. Radzevičius disapproves of the law enforcement decision to call M. Ivaškevičius to the police headquarters and according to him, it should be reviewed if the complaint has a basis.

The plaintiff should be informed that Lithuania operates under international law, which protects creative freedom and does not specify the possibility to drag an artist through law enforcement institutions for every creation, which the plaintiff disapproves of. It is unfortunate when due to their creations, artists are reported to law enforcement institutions. Some people's tolerance is very low," D. Radzevičius says.

"It is odd that an investigation was launched because it is clear from even the context that these thoughts of M. Ivaškevičius' are his opinion, which also reflects the facts. Do we really risk, by stating the truth, to be accused of inciting hatred by those, who don't like it? For some, our history may be appealing, for other it may not. For now, no one has denied the facts," V. Mizaras muses.

"No basis to start an investigation"

"Even if you take a phrase out of context, that sentence or word does not conflict with any law. M. Ivaškevičius spoke about our country's history and its aspects, his main narrative was about a positive perception, which he would like more of. The artist's intentions were definitely good, he spoke for tolerance, a desire for Lithuanians to be more open, learn to accept all people," D. Radzevičius assures.

According to the Lithuanian Journalists Union chairman, the freedom to create is very broad in our country, thus situations where it can be limited are infrequent.

"In this case, even looking at it through a microscope and being nit-picky, it is hard to find any basis to call this person to a law enforcement institution and launch any investigation. It is hard to comprehend for me because the attention of law enforcement has exceeded the bounds of common sense," D. Radzevičius stated.

Actions against the artist described as an attack

D. Radzevičius believes that such behaviour toward M. Ivaškevičius is the aim of a small group of people to harm the author and thus realise certain stigmas they hold inside, thus they are seeking another person, who could take responsibility and the blame.

"As a public figure, M. Ivaškevičius became their target. We live in a free country, thus those people could look at life more freely and no clash as well," D. Radzevičius says.

The journalist thanks M. Ivaškevičius for sharing in public, what is happening and states that artists could speak up more often because they are "always those people, who can help treat internal wounds."

According to V. Mizaras, every person has the right to freely talk about certain events and facts, present their opinion and evaluation. The VU professor believes that the law enforcement institutions did not have to call upon the artist and consider the complaint because after reviewing the initial information, it becomes clear that there is no basis for an investigation.

"This sounds like an anecdote, however it is happening in real life, so one can only find it regretful," V. Mizaras says.

According to the lawyer, such actions against the artist could be called an attack.

"It is becoming a tendentious attack. It is clear that there is a group of individuals, whose feelings were hurt by the artist. Nevertheless, even if creations or thoughts, opinions, hurt others, it does not mean they are prohibited. Criticism can be very hurtful," V. Mizaras stated.

"We had to find whether M. Ivaškevičius' words did not contain statements which apply to the Penal Code article 170 or if they were not intended to incite hatred, hostility, whether they were not insulting," P. Radvilavičius explains.

According to the communications specialist, the headquarters has received M. Ivaškevičius' response, however a primary investigation is ongoing, thus he cannot provide further information.

Lrt.lt reminds that earlier representatives of non-governmental organisations helping strengthen Lithuania's state defensive capacities urged to repeal the decision to award M. Ivaškevičius with the 2018 National Culture and Arts Prize. The appeal stated that in his book Žali, the artist "mocked Lithuanian partisans-forest brothers, who fought for the freedom of our nation and state in the post-war era." Nevertheless, M. Ivaškevičius was granted the award.

"What's to become of Š kirpa Avenue? It's clear to everybody that this hound of Hitler's was...