LT Daily, media brief
aA
It’s not just the images of belligerents that explain the landslide victory of the Lithuanian Peasant and Green Union (PLGU) in the Seimas elections. It’s also the need for social justice and the disappointment arising from a socially insensitive neo-liberal policy. Other explanations either complement this or are all-encompassing. 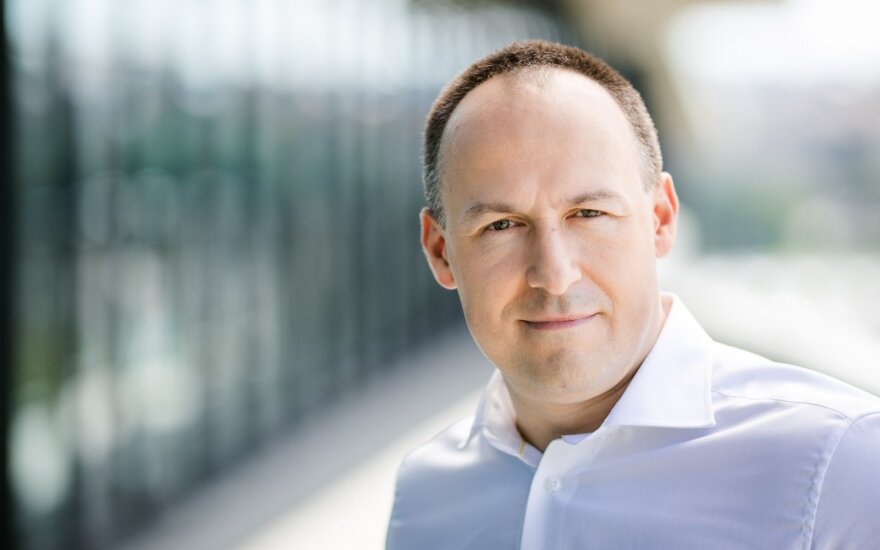 Some of these explanations are actually downright laughable. There’s Andrius Kubilius who says that the conservatives lost to the ”peasants” because, in his words, since the spring he was talking about them positively as prospective coalition partners and so the people decided that the “peasants” are good and voted for them.

Related articles
“Peasant” weight in the coalition could drown the SocDems
Are SocDems going to be content with the role of junior partner?

This was the same as thinking when the Labour Party in 2012 won the elections in a multi-mandate district which is when in 2009 Mr. Kubilius also spoke about them as prospective partners of a ruling conservative and laborite coalition.

Only his divine power which politicians or physicists are convinced of unravel into a fantasying in thinking that voters will vote for those whom the conservatives call their prospective partners.

If conservative talk about the “peasants” as partners had in general some influence on PLGU voters, then it otherwise frightened in the first round those who counted on the fact that Mr. Kubilius would return to power on a “peasant” wave. That’s why in the first round they voted so that Mr. Kubulius would definitely make no more returns, that being, against the conservatives and for the PLGU. We see the result.

Not even Gabrielius Landsbergis after the successful first round of the conservatives was convinced by the announced version of the “victory of change”.

Could it be that during the presidential elections in Lithuania last year it was change that won? The president most certainly was the same one and Zigmas Balčytis said that change is needed and in the second round he was the winner.

The new political block during the elections in 2000 was in favour of change. “The Labour Party offers change”, - flashed the headlines and in the 2004 Seimas elections the “labourites” won.
After the victory in 2008, Arunas Valinskas presented himself as a “person who symbolizes drastic change”. His coalitions with Mr. Kubilius’s conservatives was called a “coalition of change”.
During the 2012 Seimas elections the media declared that “President Valdas Adamkus <…> voted “for change”. Now Mr. Landsbergis writes: “a victory of change”.

If it’s all about change, then it looks like it was change only that won in Lithuania. Nothing is perhaps more eternal and as unchanging as a victory of change and government. Prime Minister Algirdas Butkevicius in commenting on the defeat of the social democrats in these elections says that the so-called pendulum has started to swing once again.

One can only partly agree with this statement when evaluating the first round results. However the final mandate kickoff didn’t show that the left-wing opposition – the conservatives or liberals along with the conservatives – would achieve the most impressive results in the past four years. The number of mandates that were fought for is more or less the same as it was. So where this is this pendulum?

The last swing of the pendulum was in the 2000 Seimas elections which the conservative and Christian democrat left, who had the majority, lost by an incredibly large margin to Algirdas Brazauskas’s social-democrat coalition.

But already at same time in the Lithuanian political skies a third force had appeared, called at that time the “new policy” block and it won the elections although the social democrat / Democratic Labour Party of Lithuania (LDDP) were fast on its heels. The vital message of the third force from then on every four years is more or less the same: the conservatives and social democrats are all bad. They have become outdated and socially insensitive and we are the great alternative.

Rolandas Paksas with his then liberals had no time to shed tears over the American firm Williams International which apparently removed funds from a nursery school. And Artūras Paulauskas’s “New Union” demanded a more a socially more sensitive social policy.

Known Social Democratic Party of Lithuania (SDPL) politicians like Aloyzas Sakalas and Algirdas Sysas already then were criticizing their party for carrying out left-wing liberal policies instead of striving for social justice. And the SDPL Prime Minister Algirdas Brazauskas went for the jugular: social democracy is liberalism”, just to a certain extent”. Voters said “thank you, we don’t need that kind of social democracy” and voted for the “labourites”.

During the 2008 elections the third force was split into how many of the more left-wing “it’ll be jolly with us” partyites of Mr. Valinskas and the more right-wing, socially sensitive court which has used “orderites” and “labourites” more and more.

It was this split of the third force that at that time helped Mr. Kubilius form the ruling majority. That’s because after the chairmanship of Mr. Brazauskas and Gediminas Kirkilas the social democrats were compromised, in the eyes of the centre-left voters as were the economically liberal left-wingers and even Mr. Kubilius’s conservative friends (it’s not surprising that lost the elections).
It merits attention that the conservatives and the social democrats together at that time got less votes (388 thousand) in a multi-mandate district than the “National Resurrection Party” which came second, with the “orderites” coming third and the “labourites” coming fifth (455 thousand).

These 455 thousand are often called “protest votes” like those that the voters used to give to the Labour Party and the “new political” block. In 2012 as with the voters for the “labourites” who by the way won the elections in a multi-mandate district, like the LPGU electorate did this year.

Yet maybe we all far less often ask ourselves who are the protesters? And if we ask then the answer is all too often inadvertent and simplified. Of course the easiest thing to do is wave your hand and say that this is about victims of populism for whom everything is bad and who haveno minimum wage and brains.

Nevertheless, turning to one simple event: since 2000 a large proportion or even the majority of voters in the Seimas elections of every four years don’t want to want to punish the government in this way for insensitivity but to punish it because there are no more social democrats and conservatives in the government.

And each time the social democrats or conservatives, despite voter mood, remain at the helm.
And so for the first time in fifteen years the third force – this time the LPGU – has managed not to fragment as it did in 2000 and 2008 and not make any compromises in favour of the “labourites” and “orderites” and win not only in the first but also – by a landslide - the second round.

They managed to overtake the conservatives and the social democrats so much so that for the first time in independent Lithuania’s history allows the third force, and not the SDPL or the Homeland Union – Lithuanian Christian Democrats government.

I think that the feeling around this historic occasion is that it resulted in a much larger voter turnout in the second round then there has been in the past four years and in the choice to vote against the SDPL and the Homeland Union – Lithuanian Christian Democrats.

It was bound to happen sometime and it happened now. You can mock it and call the LPGU populists but there are populists everywhere and in all parties. It’s already that kind of democracy where no populism is like an election without campaigning.

You can say that the populism of the “peasants” is made worse than that that of the so-called traditional parties. Maybe. You can say that the LGPU has cast protest votes. But it can be stated with good reason that in the past fifteen years the social democrats and the conservatives have provoked these votes. How now do we determine who here are the guilty ones?

Karbauskis on relations with Poland – we have no other choice