Latvians release their newest wages forcasts – how Lithuania stacks up 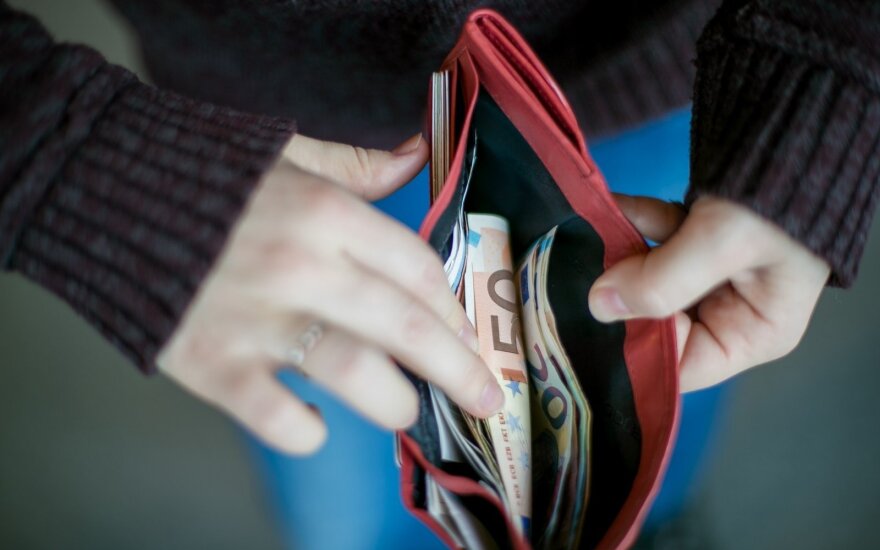 A thousand euro sounds solid. That is how much politicians promised prior to the Seimas elections and this is how much the Latvians declared they would reach by 2020. However Lithuanian economists are optimistic, Lithuania will pass Latvia more than just “on paper”.

Currently both Lithuania and Latvia have the same minimum monthly wage (MMW) of 380 euro. However based on average wages, the neighbouring Latvia is still ahead. The average gross monthly wage in Lithuania reached 783.3 euro in Q3 2016, while at the same time the average gross wage in Latvia was 858.9 euro. The Latvian Ministry of Finance declared that by 2020 this number will reach 1049 euro, TV3.lt reported.

How far will Lithuania pass Latvia and does this not mean that prices will also exceed those in Latvia?

Net wage matters more, but exceeding there as well

Lithuanian economists have pointed out that both Latvia and Lithuania have plans to reach average gross wages exceeding 1000 euro per month. However average net wages of such size are impossible for both countries.

Lithuania may even catch up to Latvia this year.

Chief Economist for the Nordea bank Žygimantas Mauricas claims that this year Lithuania could already catch up with Latvia in average wages. Furthermore due to more rapid growth, Lithuania wages could even exceed those in Latvia.

“The Lithuanian average wage has practically always been above that in Latvia and the Latvians surpassed us only in 2007. In the post crisis period Lithuanian wages were practically static, we overcommitted to belt tightening and Latvia raced ahead. But based on GDP per capita, productivity and investment, Lithuanian metrics are better and due to this I see no reason why the Latvians should push any further ahead. It is only a matter of time until wages leap ahead of those in Latvia.
According to my calculations we should have roughly 10% higher net wages than those in Latvia. This doesn’t help much, however, because we will be 30% behind Estonia,” the economist said.
Now Estonian and Lithuanian average net wages are separated by a 50% gap, thus there is no doubt that Estonia will be the only Baltic State to have average net wages in excess of 1000 euro in 2020. Ž. Mauricas says that the MMW should be paid attention to as well because it is the only way to halt emigration.

“We should significantly reduce labour costs and transfer taxations to other spheres so that net wages would be similar to those in Estonia. Based on my calculations, at least in 2022 it would be possible to reach that thousand euro mark and reduce the gap. If we do nothing, then according to the calculations in 2022 net wages will be only 830 euro per month. Our goal should be a thousand euro average net wages and 500 euro net MMW, then people would start considering whether it is worth emigrating. It is possible, but unfortunately only by 2022,” Mauricas commented.

Danske Bank Chief Baltic States Economist Rokas Grajauskas predicts that passing Poland this year, average net wages in Lithuania will reach 660 euro. This growth is spurred on by a lack of labour and competition between companies. Wage growth will also be encouraged by a rise of untaxed income from 210 to 300 euro.

“If we pass them this year, then it will be by a small margin – by 5-10 euro. If the growth continues to be somewhat more rapid, the gap will increase somewhat, but the trend will be very similar, with wage growth being rapid across the Baltic States.

If our domestic market continues to rebuild and there are no major shocks because with changes to macroeconomic conditions our sales would be obstructed and if we are to talk of competing in foreign markets, we sell far more in those markets than domestically. This is the main variable, if foreign markets perform well, if there are no crises and at the same time if our own companies continue to invest in improved productivity, trends will remain the same,” the economist assured.
Furthermore Lithuanian net wages will appear larger than those in Latvia due to the tax system as well. The cost of labour is around 40% in Lithuania, while in Latvia it is 45%.

Faster price growth in Lithuania, but no larger payments than in Latvia

When wages rise, so do prices. Currently price levels in Latvia are greater than in Lithuania, however with rapid wage growth Lithuania could catch up to its neighbour in this unwanted aspect.
According to R. Grajauskas, Latvian prices are higher due to the extended period of higher wages there. Currently Latvia is limiting opportunities for Russian citizens to obtain temporary residence permits, while the Russians were inclined to spend a great deal. Due to this price growth in Latvia will diminish, while in Lithuania it will rise due to rapid wage growth.

“If wages grow slower than in Lithuania, then it is likely that price increases in Lithuania will also be more rapid than in Latvia. This way our prices can reach those in Latvia over a few years,” the economist suggested.

Ž. Mauricas is inclined to think otherwise. Yes, prices in Lithuania will rise, but they will do so in Latvia as well, thus we should arrive at a fairly appealing position – earning more, but paying less than our neighbours.

“Lithuania has a larger economy, we have our neighbouring Poland, a certain competition, we have a better developed logistics and transport chain and numerous new retail chains have arrived in Lithuania, ranging from Ikea to H&M. Investment into IT also arrives more in Lithuania than Latvia, our construction sector is more active, based on commercial property Vilnius is more rich than Riga. We are closer to Western Europe, retransported goods arrive in Lithuania first and only then to Latvia. And there is a mentality factor, Lithuanians like to haggle to the last cent, the Latvians’ attitude is different.

Thus the status we had, that prices were slightly lower than in Latvia – this should remain, while wages will be larger. This should be our goal and it is achievable. We had let the Latvians race past in the post crisis period,” Mauricas presented his version.

Consumer prices on a rise. More to come (1)

In January consumer prices increased by 0.3% compared with December and were 2.3% higher than a year...

Wage statistics – better to work for the state or for business?

After the Lithuanian environment minister initiated restructuring of state forests, analysts say the...