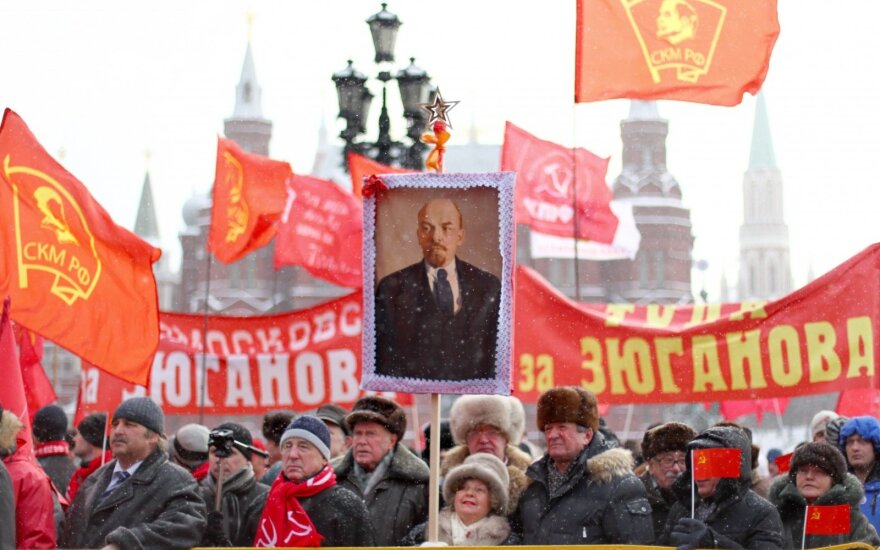 "I regard this as sowing divisions at a time when society needs ideas that would unite, rally, bring hope and pave the way for the future," Landsbergis told BNS.

"I personally don't support (the proposal). This is not a position of the party, but rather an opinion of one of its members, and I wouldn't rule out that this is a way of drawing attention to oneself, especially in the run-up to the European Parliament election," he added.

Landsbergis said he would call on the party to take a position that "it does not participate as an organization in such political games by one or another person".

The bill was tabled by two members of the HU-LCD political group in the Seimas, Audronius Azubalis and Laurynas Kasciunas, who said they were seeking historical justice.

Kasciunas' membership of the HU-LCD was suspected in March for a year over his contacts with Raimondas Kurlianskis, former vice-president of MG Baltic, one of Lithuania's biggest business groups.

Under the draft law, the LCP would be declared "a criminal organization that established a dictatorship in the USSR-occupied Lithuania between 1940 and 1941 and between 1944 and 1990".

If passed, the bill would require anyone who held high-ranking positions in the LCP during Soviet times to declare this fact while running for parliamentary, presidential, municipal or European Parliament elections or applying for posts in the public or diplomatic services.

Motives behind recognising the Communist Party as a criminal organisation

The Seimas of the Republic of Lithuania, on June 26 adopted a Resolution recognising the Lithuanian...