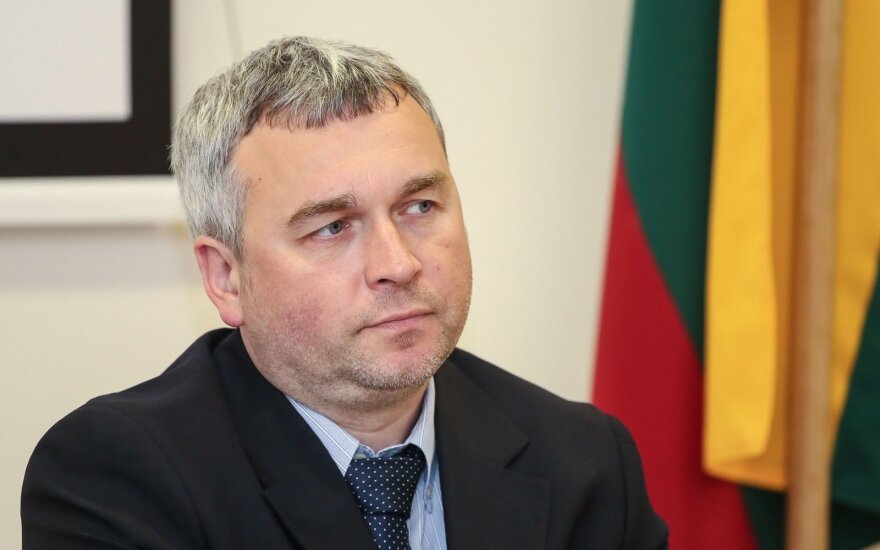 Related articles
Bank of Lithuania forecast – how will we live next year?
Lithuania has third highest inflation rate in Europe

Kuodis promotes the concept of happiness economics contrary to the generally accepted tenets of neoliberal economics. He notes that the neoliberal approach essentially ignores questions of inequality, justice and social capital, focusing mainly on growth, while pointing to the happiness economics view of focusing on procedural justice and whether incomes were obtained justly. Hence through this prism the professor points out that from a happiness economics perspective, Lithuania is in a difficult position, ranging from corruption and nepotism to short-sightedness.

Among the examples of these issues R. Kuodis points to the infamous Leo LT project and the short sighted perspective of some businesses that are satisfied with the current lower costs and larger current profits. Nevertheless he is happy to note that while combatting the short-sighted views present in Lithuania has been difficult, there has been progress with some parties bringing happiness economics into their discourse, focusing more on demand and sustainable business development.

Nevertheless he laments that the two major political parties, the Social Democrats and the Conservatives, both in turn continued to ignore his warnings that the size of the Lithuanian budget is inadequate compared to the development level of the country. This, Kuodis observes, led to what he views as an unsurprising situation where Policemen in Lithuania earn only 40% of that which those in Estonia do, doctors take under the counter payments, the standards of education have decreased and pensioners are left in poverty, not to mention the free-riding of not dedicating the expected 2% of GDP in defence funding.

Kuodis states that he has proposed a reform package for the fourth Prime Minister in a Row, starting with A. Brazauskas, through A. Kubilius and A. Butkevičius to S. Svernelis and expressed hope that the decline experienced so far will be reined in and that the economy will be salvaged.
He defends the Conservative government’s so called “Night-time reform”, stating that he proposed something akin to it in 2002 and that this was related to ensuring that individuals are not discriminated based on their source of income. He noted that critics of it, notably the Lithuanian Free Market Institute, are likely possessed of views that brought about the financial circumstances Lithuania is faced with today – the lowest budget in the EU and masses of people in poverty or engaging in corruption because budget financing is inadequate.

The topic of regions is highlighted as an existential problem for Lithuania, with two Lithuanias existing. One being based on the Vilnius region, where 40% of the country’s GDP is created, while the rest is all the remaining cities and towns in the country, with the capital area already exceeding the average EU income. Kuodis notes that the result of this is migration, both internal and external, leaving the regions with only the old and other economically inactive individuals, plus civil servants. He states that it is likely time to admit defeat in this regard and concede that it is a future that has already arrived, a demographic crisis is already underway. Thus misguided funding will not resolve the situation, just leave beautified, but empty schools. Alongside the issue of funding he points out that the great problem in Lithuania is the pursuit of assimilating funding, not using it wisely.

This the expert relates to the concept of gravitational factors, with the Vilnius Market being large and having good economic prospects, with investment not being interested in going to the regions where there is a lack of labour, particularly experienced labour because most have already departed to the larger cities or abroad. He observes that there is much talk about secondary factors in Lithuania, such as how long it may take to open a business, however Kuodis questions just how important that sort of issue could be.

While the tax and regulatory systems and technologies matter, the expert concluded that it is productivity that is the main focus for businesses and it should not be assumed that investors will permanently remain, they could choose to move given a lack of labour.

While the adoption of the euro initially went smoothly, it has been marked by concerns of price rises, particularly with the so called cauliflower scandal. The professor compares the Lithuanian experience to that of Poland, which is committed to adopting the euro as well, but has yet to do so. He notes that Poland is not rushing head first into the euro zone, which he believes is unable to deal with its economy. As Kuodis puts it, Lithuania has signed a blank cheque by adopting the euro and someone will enter a large sum into it, if a Eurozone country like Italy ends up needing a bailout. He points out that the Butkevičius government was spared the anger of the public because the price rises related to the euro were dampened by the decrease in global oil and gas prices. The decrease in energy prices weighed out the increase in service and food prices.

The current unemployment rate of 7.6% Kuodis links mostly to poor policy decisions and the 2008 crisis. The expert claims he proposed a crisis plan to direct the construction sector which was a bubble sector toward a more meaningful building renovation project which could have both improved energy efficiency, thus reducing dependency on Gazprom and continuing to support the economy.

This was not done, R. Kuodis reminds that the government of A. Kubilius instead opted to seek investors who could create jobs. Jobs were created, however this was done mainly for those who already had work, namely professions such as programmers, who started working for Western companies. At this point Kuodis refers to ethics, pointing out how it is important to prioritise care for the poorest and weakest – regular employees and workers who are typically not highly qualified, rather than graduates.

Regarding the public sector, the professor returns to the narrative of an insufficient budget, pointing out the frequent appearance of low qualification staff who are willing to work for relatively low wages and also the appearance of those intent on using their official position to obtain extra income on the side through various schemes. This results in a concentration of risk averse bureaucracy which forces individuals to run in circles through the apparatus, needing tens of signatures to for example establish a café or construct a building.

Professor Kuodis praises the case of Singapore where it is constitutionally established that those working in the public sector are to obtain equivalent wages to those doing similar work in the private sector. This, the expert points out, leads to highly qualified officials, who bring in good practice, pursuit of efficiency and problem resolution culture. Meanwhile the political culture in Singapore is such that corruption is excessively risky, leading to total “excommunication” from the public sphere if it is discovered. This is, according to Kuodis, not something found in Lithuania, quite the contrary, he believes that cheating the state is viewed as a dashing affair, a view inherited from Soviet times when stealing a bag of grain from the collective farm was quite the feat.

How much would a Brexit shave off Lithuania's GDP growth?

The Bank of Lithuania expects the country's economy to grow 2.6%, leaving its earlier projections...

What do experts think is behind rising prices in Lithuania?

Growing consumer prices have irked many in Lithuania a year and a half after the country switched to...