Kęstutis Girnius
aA
The key task of the Lithuanian president is to deal with the main foreign policy questions and together with the cabinet enact foreign policy. 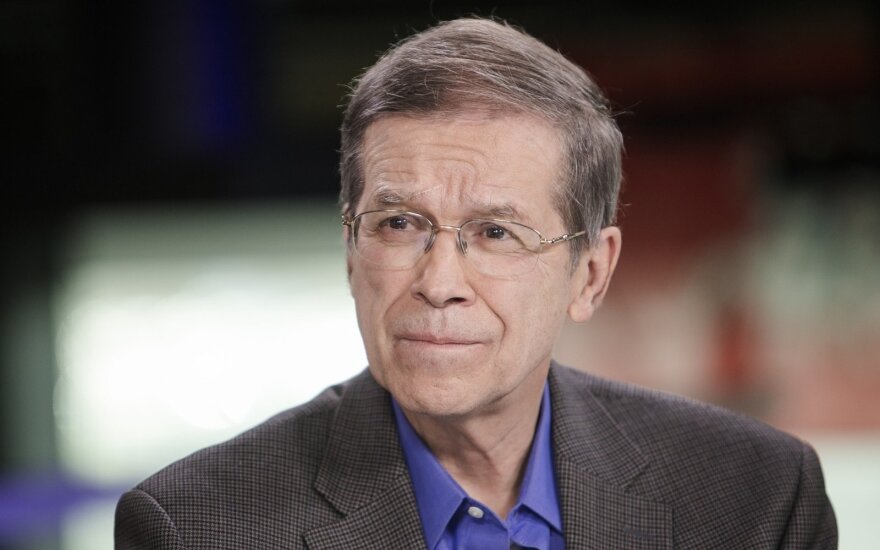 All the three main candidates – Gitanas Nausėda, Saulius Skvernelis and Ingrida Šimonytė – are newcomers to foreign policy rather than specialists.

As prime minister, Saulius Skvernelis obtained a little experience, albeit the consequences of his interventions are ambiguous. The decision to invite the Polish prime minister for a visit to Lithuania had a significant role in normalising the deteriorated Lithuanian-Polish relations, but proposals on Astravyets Nuclear Power Plant in Belarus displayed a lack of knowledge and skills.

As minister of finance, Šimonytė participated in EU minister meetings, but a finance policy specialist can be a complete amateur in foreign policy.

G. Nausėda is a newcomer to politics, with foreign policy being one of the many areas where he lacks practical experience and competence.

The situation of the current candidates is not exceptional. No Lithuanian president has been a specialist of foreign policy, all of them had only minimal experience, bar Grybauskaitė. Thankfully, foreign policy is not an area requiring exceptional skills or long-time experience. Many US presidents began their terms without particular knowledge, but soon obtained the needed competences. Thus, the lack of experience among current candidates is not insurmountable, especially considering that the main foreign policy issues are guided by our membership in NATO and the EU.

Šimonytė admits that Lithuania was often described as a country of one question, always speaking of Russia. According to the candidate, these talks were justified. There is no reason to talk with Russia, bar perhaps small technicalities. It is unclear if her rhetoric will be so combatively persistent as Grybauskaitė's, but there will be rebukes toward Russia and for that matter – many.

Her remarks on relations with Estonia and Latvia are worrying. According to Šimonytė, "So far we can see that there are numerous efforts to tear our trio apart and usually a country we know participates in those efforts. There isn't enough attention on our earnest brotherly talks with our brothers, the Latvians and Estonians, at a time when there are efforts to antagonise us in the interest of a third country."

The main traits of bilateral relations emerged out when Russia was still ruled by Yeltsin, not Putin and they were marked by tension from the first days of independence. There was competition over foreign investment and membership in NATO and the EU, when it was thought that only one country would be invited. Political cooperation was only limited and formal. The Baltic Assembly and Baltic Council of Ministers are just minor shadows of the Northern countries' cooperation institutions. Putin is responsible for the president not participating in the Latvian independence centenary celebration? It is too easy to blame everything on Russia.

A similar lack of imagination is revealed by Šimonytė's view of Astravyets Nuclear Power Plant. She repeats aged thoughts, does not concede that Lithuanian plans to prevent constructions or energy export have failed, is thinking about arbitrage and so on. The problem is not just that she turns away from reality, but also that her stance and rebukes will reduce Lithuania's ability to positively influence Belarus.

I agree with former US land forces in Europe head Ben Hodges' opinion that the new Lithuanian president must do their utmost to encourage President Aleksander Lukashenko to not allow Russian land forces into Belarus. This stance is foreign to her.

I hope that Šimonytė will not decide to stay as the supporter of the one country policy because this would reduce chances to expand the scope of Lithuanian foreign policy, seek newer means of interaction with the Baltic and Northern countries, perhaps even with Central European states, which are less concerned with Russia. One must have no illusions about Russia, but at the same time, one must not allow attention to Russia overshadow other countries, problems and initiatives.

Skvernelis is not lacking imagination and resolve to seek alternative solutions. But you need common sense and an understanding of what is possible and what is not. On hearing his proposal to make Astravyets NPP into a gas-powered plant for the first time, you could struggle to decide if you are watching the news or a satire. It is almost impossible to conceive of a less realistic plan.

It would appear that he is seriously considering the possibility of moving our embassy to Jerusalem, even if this would not adhere to UN resolutions, international law and the joint EU position. This step would seek to appeal to both Israel and the USA. D. Trump's policy in this, as in many other questions, opposes long-time US traditions, thus it is unclear how long changes he pushed through would apply. Skvernelis seeks to appeal to Washington in other ways as well, such as buying liquefied natural gas from it, though I do not know how this gas is any better than other countries'.

Skvernelis explains that he seeks to restore bilateral meetings with the USA because it is often hard to coordinate the Baltic States' interests. He can seek such meetings, but it will be Washington that will decide if they are to be held, regardless of Skvernelis' begging. Often times, remarks on disagreements between the Baltic States are not accompanied by statements that it will be sought to remedy them, even if this should be a priority. The prime minister's remarks on closer relations to Japan are laudable. I believe that it was not just the knowledge that Grybauskaitė did not go there for a visit that raised interest.

It may be impolite, but Skvernelis' English language skills should be pointed out. If you do not know the language or only have elementary skills, it will be hard to coherently talk at EU meetings, unofficial discussions, not to mention negotiations.

G. Nausėda's statements on almost all questions are reserved, moderate and composed. They could be entered into diplomatic beginner textbooks. Ukraine must be supported, but its rampant corruption must be criticised as well. Economic cooperation with China is desirable, but not if it harms national security. The Dalai Lama is a respected spiritual leader, but the president should not meet him officially. Dialogue with Russia is desirable, but only if standing by one's principles. While the first visit would be to Poland, "speaking of the Polish and Baltoscandic wing, I would want that Lithuania would fly on both." Perhaps the opportunity for the Baltic-Northern countries' format "to be expanded with another member – the United Kingdom, especially when Brexit becomes reality."

In other terms, Nausėda says that he will seek for both the wolf to not go hungry and the sheep to be unharmed. But he does not have practical experience and it is unknown, what he will do when forced to choose between imperfect alternatives.

Dalia Grybauskaitė ‘s presidency is coming to an end. Evaluations of her tenure are beginning. She...