Kęstutis Girnius
aA
The coming year will not be easy. Global economic growth is slowing. The trade wars started by the USA have calmed, but could soon flare again because President Trump is becoming ever less predictable. 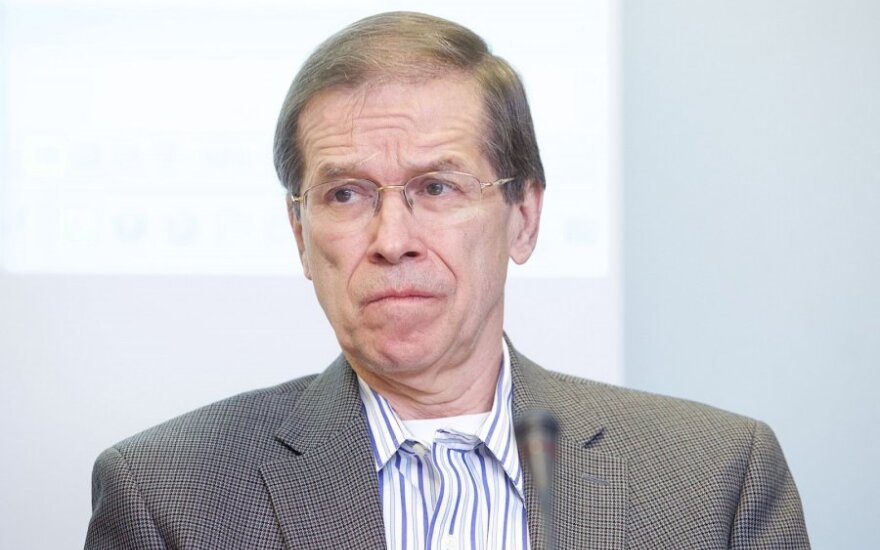 Tensions are rising between the world's two most powerful countries – the USA and China. Hopes are fading that Beijing will calmly integrate into a world order dominated by the West. Not only Washington, but also the European Union is talking about the need to react to Chinese economic growth, economic espionage and disregard for intellectual property.

China is not a country, which will meekly bow down. The USA does not recognise China's efforts to militarise the South China Sea, making it into its own lake.

Related articles
Kęstutis Girnius. The changed Lithuanian political landscape
Do we conduct our foreign policy in line with the US or with Putin’s Russia?

With the USA performing so-called freedom patrols, the potential for military incidents, even confrontations cannot be dismissed. Western relations with Russia will not improve, a new arms race could emerge.

With the Democratic Party's taking of the House of Representatives, chaos in Washington will only intensify. There will be more attention dedicated to domestic affairs, while foreign policy will take a backseat.

It is unclear, what conclusions special counsel Mueller will present, but it is unlikely he will uncover unambiguous, undisputable proof that the Trump presidential campaign danced to the tune of Moscow or that the president obstructed justice.

Currently, the Democrat leadership is not planning to initiate impeachment against the president, but from January 3, various committees in the House of Representatives will investigate the president's finances, suspect administration officials' corruption, will demand the publication of so far classified documents on the detention of migrant children and other actions, which they believe were illegal or not in line with the Constitution.

The White House will stubbornly resist, disregard certain requests, the news media will be filled with accusations and rebukes flying both ways, the Twitter wars will intensify and courts will be called upon.

The Congress will deal in everything bar legislation. Passing the budget will likely be marked by halts in the operation of federal institutions. The already unprecedent internal American antagonization will further rise.

President Trump will be ever more isolated, will seek to show through dramatic gestures and decisions that he is capable of leading and managing the situation. There could be new sudden decisions such as the greatly criticised decision to withdraw from Syria.

Trump has long promised to reduce the number of US troops overseas, to halt the unending wars in Asia, thus the decision was not wholly unexpected, only its suddenness was a surprise.

Perhaps Trump will withdraw troops from Afghanistan, thus ending the longest lasting war in US history.

The US foreign and defence policy elite, whose children do not serve in the armed forces, would decry such decisions, but many regular citizens, discontent with the use of the country's national wealth, would view them more favourably.

Concerns that Trump intends to give Russia concessions are baseless, especially considering that he did not make them in the first two years of his presidency when his authority was greater. And even if he tried, the Congress would bar his way.

There's still North Korea. Eventually even Trump will realise that his "good friend" Kim Jong Un is not intent on yielding his country's nuclear arsenal and is just leading him on. It is unclear when Trump will wake up from this daydream and how he will react to it.

It would be inaccurate to talk about a crisis of the EU because "crisis" is a constant state of the EU. But 2019 will be more restless than usual. All five of the largest Western European states are faced with significant changes and challenges. After her party's major losses in the Bavarian and Hessen elections, German Chancellor A. Merkel resigned from the post of party chairwoman, but dared not make the next logical step and resign from the office of chancellor.

She intends to lead Germany to the end of her term in 2021, but her strength has already waned, she passively watches events, is unable to prevent the continuing fragmentation of political parties and the growth of radical parties. Germany remains the most powerful country in the EU, the main engine of its economy, but it lacks new ideas, does not propose any initiatives on how to contain the worsening international conjecture.

French President Macron lacks neither ideas, nor initiatives, but instead lacks strength and backing from his citizens. The Yellow Vest protests, which met with broad support, revealed his lack of popularity and forced him to cancel some of his reforms.

His entire reform programme could flounder, lacking which the French economy is doomed to remain at a standstill. It is unlikely that Marcon will manage to retake his prestige, the decline of his authority will be exploited by radicals from both the right and the left, which bodes ill for both France and Europe. Macron will continue to seek to reform the EU, but when you cannot control your own country, you cannot expect other countries to heed your teachings and urgings.

It is unclear, what the final conclusion of Brexit will be, but it will be bad. For a time, grievances will mark EU-UK relations, especially in the "hard" Brexit scenario. Many Brits are convinced that the EU intentionally acted to harm them and will not soon forget it.

Even if an agreement is reached, both sides' economies will suffer, the UK's more so. If it is decided to organise another referendum on this matter, the supporters of Brexit would view this as disregarding the will of the voters and a mockery of democracy. Already nasty, public moods would worsen.

The ruling Italian coalition yielded to EU pressure and amended their budget project to be more in line with EU requirements. However, Brussels' victory is pyrrhic because it will reinforce the perception that the EU disregards the will of Italian voters, imposes its conditions and dictates policy. Brussels will remain the scapegoat of the Italian government, failures will be attributed to it. Italy's leaning toward the overall EU foreign policy will decline, Russia will be viewed more favourably.

Spain is governed by a minority government. The supporters of Catalan independence remain agitated. At the end of the year, the radical right-wing party VOX entered the parliament of Andalusia, marking the first such victory by radicals since 1975, when Spain became a democracy. VOX is firmly against Catalan pursuits, would support the restriction of all regions' autonomy.

This coming year, there will be municipal and European Parliament elections, a snap parliamentary election is quite possible as well, the results of which are hard to predict.

The governments of Eastern European countries are firm, but Brussels is very discontent with Hungarian and Polish policies and is threatening with sanctions. It is not impressed by the Czech and Slovakian governments either. Political antagonization is on the rise in Europe, it is ever harder to form coalition governments.

The governments of all these countries are more or less paralysed, incapable of making resolute decisions, which will be needed with an economic slowdown arriving and citizen discontent on the rise.

Regardless of teachers' and other expected strikes, the rising disappointment of the people and ever angrier bickering in Seimas, Lithuania seems like an oasis of calm and moderation. Seems.

Do we conduct our foreign policy in line with the US or with Putin’s Russia?

Last week’s news that, for the past two years, the Government led by Foreign Minister Linas...

Compared to Lithuania, no other state better understood the fact that membership in the EU and NATO...