Kęstutis Girnius
aA
Dalia Grybauskaitė‘s presidency is coming to an end. Evaluations of her tenure are beginning. She has no lack of fans and her high ratings show that she has the support of most citizens. A movie is being made about her, a book is being written and they will likely have a notable hagiographic tint. I do not intend to consider her achievements and failures, instead being content to direct attention to her flaws, due to which she achieved less than she could have. 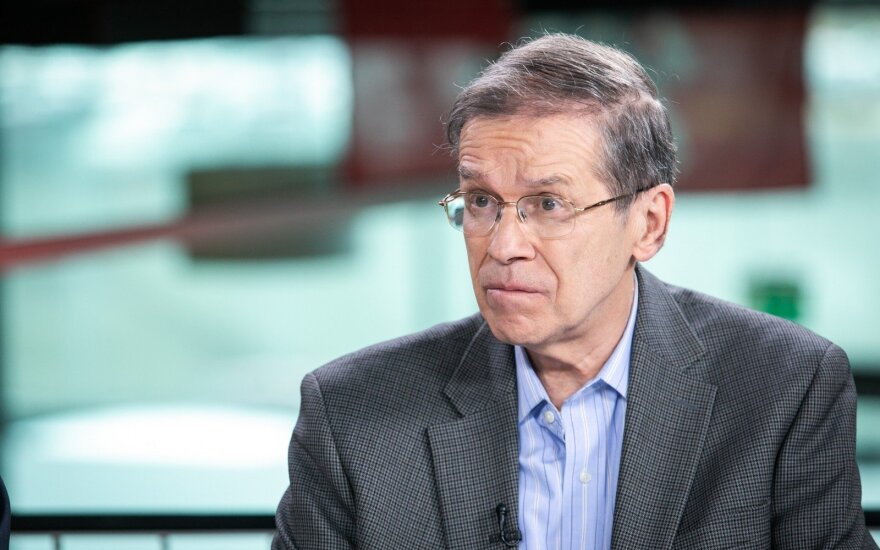 The president's most notable flaw is to view the cabinet and Seimas leadership as rivals, not partners and especially not as equal partners. She never managed to come to terms with any cabinet, tension marked her relations with all prime ministers. It would be inaccurate to claim that it was psychologically impossible for her to praise the work of cabinets or Seimas-es. There were softer, more positive remarks, especially at the starts of new majorities, but in the long term, they would be overshadowed by an influx of criticism.

She wasn't even able to interact normally with Andrius Kubilius despite their overall views being fairly similar and Kubilius effectively dealing with the consequences of the financial crisis. As Virgis Valentinavičius, a member of the Kubilius team, noted, during meetings with Grybauskaitė, Kubilius would have to hear out two hours of monologue. Later, the president explained that she criticised Kubilius in the hopes of his cabinet being able to work better, adding that she never expected much from the Butkevičius cabinet, thus demanding little from it.

She could add that she also interacted little with it. After the Vijūnėlė Manor scandal, the president would no longer meet with the prime minister, her office informing that "formal questions are discussed with the cabinet at the advisor level."

Relations with the current cabinet are hostile to the point to it being easy to forget that initially they were normal. The president was allowed to appoint Raimundas Karoblis and Linas Linkevičius as ministers, the Presidential Palace's proposals were listened to when appointing ministers. Grybauskaitė expressed no criticism of the government for a year. But after the first criticisms, Saulius Skvernelis and Ramūnas Karbauskis struck back hard, the president responded in kind and the "dialogue of governments" fell to the level of marketplace bickering.

The president must react if the other institutions of government make mistakes or work poorly. The question is how. Will there be an effort to explain in private, will advice and solutions be offered? If there is public criticism, how harsh? Is criticism softened by positive evaluations and encouragement? Are there efforts to emphasise that these are matters that need to be resolved jointly and through cooperation?

Such views are foreign to the president, whose tone has been confrontational, reminiscent of an angry teacher's remarks to an underperforming student.

Grybauskaitė is not the only president, who was on poor terms with prime ministers and the Seimas. Valdas Adamkus would also not hesitate to criticise majorities. Criticism is inevitable not only because there are no institutions that work perfectly. The president is the most responsible for the country's welfare, but most of the key and influential on people's welfare decisions are made by the Seimas and implemented by the cabinet, as well as the ministries with their armies of civil servants.

Theoretically, the president is the head of state, but their real leverage is fairly limited. Thus, the presidents' frustration is understandable. Adamkus sought to unite political movements that support him in 2000, later becoming an observer. Grybauskaitė decided to scold the "losers", at the same time emphasising her very honourable office and status. She won verbal spars at the cost of concrete achievements.

The second flaw – self-isolation and inability to communicate. She willingly became a prisoner of Daukantas Square and Turniškės. Walled off from the people, who elected her. She interacted minimally with politicians, almost all meetings were formal and held in the Presidential Palace. It is unimaginable that she would invite them for lunch, perhaps even at a restaurant. Traditional receptions for the country's major celebrations were ceased.

Lithuania is a small country, every corner of it easily reached. It would not be difficult to travel around Lithuania, meet its citizens, share your thoughts, listen to worries, give encouragement, show they are important. Visits by the president are anticipated with enthusiasm. Grybauskaitė would only rarely leave Vilnius.

The president must maintain dignity and thus also distance. Grybauskaitė is not the person, who can always smile and hug everyone. If the president does not have the skills that would allow to more freely interact with the citizens, then he or she must obtain the skills, similarly as they have to expand their knowledge and learn English. It's a requirement of the job. Grybauskaitė's self-isolation did less to directly harm her direct work and more prevented the state from more effectively employing the powers and unique moral authority of the presidential institution.

Third flaw – lack of self-criticism. We do not expect the president to beat their chest like a sinner and repent for their secular, official transgressions.

I do not remember Grybauskaitė ever admitting to a mistake. During her yearly addresses, she would energetically criticise other government institutions, specify, where they failed, what they did not do, how they did not accomplish their tasks. If you criticise others, you must openly look at yourself. But she did not declare once, what her yearly plans are, what goals are most important, how they will be implemented. In other terms, she did not present the measures, based on which she and others could evaluate the president's efficiency. She had an inclination to present herself as a faultless know-it-all, which was ill matched with the principles of a democratic republic.

Fourth flaw – inadequate communications. The president did not want to or was incapable of justifying her decisions in more detail, presenting guidelines for her actions, long term plans or perhaps her own vision for Lithuania. Lacking such explanations, her actions were hard to understand, what she sought through them, on what basis they were made. An exception was the consistent war with corruption and in part – with oligarchs.

Her attitude to Russia was clear, but she did not try to further explain her Russia policy, explain its advantages, how, if at all, it differed from the stances of the EU and NATO and why.

When discussing the exceptionally important Labour Code, the president was essentially silent, only speaking up when vetoing the law. She interacted minimally with the news media, press conferences were especially rare, the limits of other conversations strictly limited, which was portrayed by Grybauskaitė's outrage when a Latvian journalist asked a question that wasn't pre-arranged in a 2015 television broadcast.

Press conferences are an excellent tool to present to the nation, explain and justify one's plans and pursuits. There were almost no press conferences, thus these plans were left little illuminated. We had to settle for press agency releases, advisor explanations.

There were some gaffes. During the president's visit to Romania in 2015, her press service released a statement that "the scandals striking the most popular party one after another and the shadow of corruption nearing even the prime minister's entourage undercuts the people's confidence in the country's political system." Why in Romania? Was it so that it wouldn't be necessary to answer the reporters' questions?

The graft case involving eight judges is the greatest blow to Lithuanian judges and courts since...