Kęstutis Girnius
aA
The president’s advisor Mindaugas Lingė was mistaken calling the ruling “Farmer” initiative to gather signatures on a referendum on reducing the number of members of Seimas as having a populist shade. 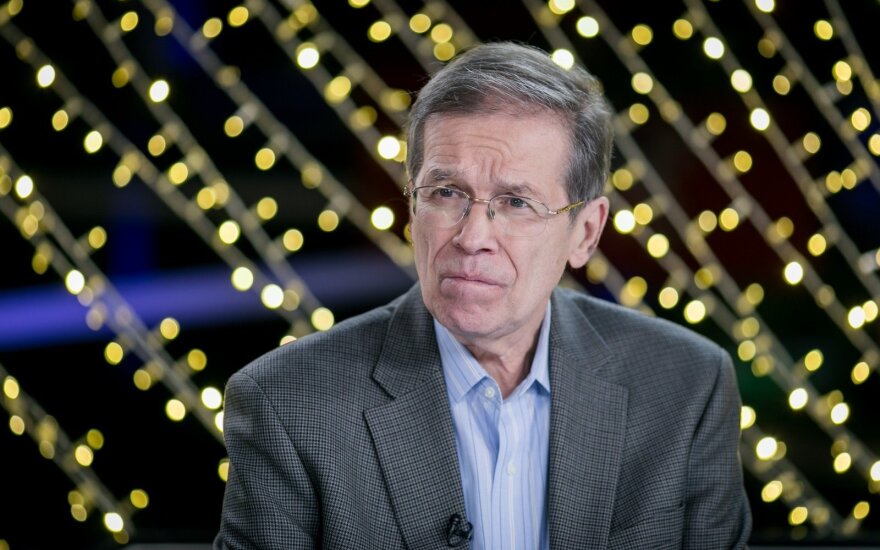 Lingė was overly polite. The "Farmer" referendum is clear populism without any positive colouring. Its implementation will not influence the work of the Seimas or cabinet, perhaps will even harm it. The only purpose it serves is to mobilise voters and draw new ones.

It is said that in war and love, everything is permitted, so perhaps it applies to politics as well. Nevertheless, it is unfortunate that there are aims to capitalise on people's discontent in parties and politiciains in order to obtain more votes for one's own party. In the long run, this populism could turn against itself if it were to increase discontent in the Lithuanian political system.

The Constitution should not be changed without serious reason. When changing the composition of the Seimas, it is important to specify, how exactly the changes will improve the Seimas' work.

So far, I have not heard a single convincing argument on this matter. And I can imagine none, bar an especially cynical one that supposedly members of Seimas are incompetent losers or greedy slackers and the fewer there are, the better. The fewer members of Seimas, the less nonsense, the fewer stupid statements and legislative projects that falter in the face of criticism.

I have no doubt that most citizens believe that politicians are losers, who receive a good wage despite doing nothing and the fewer the better.

However, it is unlikely the "Farmers" earnestly believe that such an opinion suitably describes them and their coalition partners. I believe that they understand that in this regard, the opposition is little different from them.

Say they reduce the number of MPs by half and the Seimas works better. IN such a case, the question arises, why was the reduction so modest. If the stables are being emptied, why not go further and more consistently? I listened to one influential Seimas official, why it is planned to leave 121 MPs increased of reducing to a more natural 101. He specified that Estonia and Latvia have 101 MPs each (Latvia having 100), while Lithuania has a significantly higher population. As if implying that it is a matter of national prestige or dignity – if we have a higher population than our nearest neighbours, we must thus have more parliamentarians. Hardly.

One can point out that overall, the number of MPs is not linked to the country's size. Each member of the US Congress represents more than 600 thousand citizens. If this was an example to follow, Lithuania would suffice with five members of Seimas. The "Farmers" probably think that's too few.

Holland has a population of over 17 million, while the lower house has only 150 members. But Dutch politicians are not worrying over how their number of parliamentarians is only nine more than in a country with a sifxfold lower population.

Enough irony, but it is important to emphasise that by proposing to reduce the number of MPs, the "Farmers" conjured the numbers from thin air instead of trying to decide on an optimal or better number of MPs.

Such a careless attitude toward intentions to quite significantly reform the most important political institution in the country is rather astonishing. On the other hand, it is good that they did not try too hard because there is no "optimal size."

It is often stated that with the population shrinking, there should be fewer civil servants, including reductions in the number of MPs.

Such arguments are typically being pushed by liberals and others, who view the government as an inevitable evil, but believe that the less of it, the better. This is a dogma with no basis in data. Small taxes and an impoverished, providing few services states may perhaps be suitable for bankers, large businesses, Lithuanian Free Market Institute (LLRI) ideologists and lobbyists, but not the majority of citizens.

The USA has excellent traits. Its economy is an example to other countries, but a regular Frenchman, Belgian or Swede lives better and calmer than a regular American, regardless of how hard it is for the Americans to admit this. I do not know if there are too many people in the Lithuanian state sector, how much their numbers could be decreased without harming service quality.

I doubt whether state sector reduction enthusiasts have sufficiently studied this question or whether they have asked, how those fired will live, how this could influence the quality of life of the province. More likely, they are content with repeating their preconceptions and the teachings of ideologized textbooks.

Even if it were decided to trim the state sector in consideration of the decline in population, then close schools and hospitals, it would be a mistake to equate members of Seimas with regular state civil servants. They definitely are not.

In many cases, their role is even more significant than of doctors, the universally beloved firefighters or teachers. The law specifies the guidelines of life in the country.

Incompetent laws can cause direct harm, but we all also suffer when due to a lack of competence or knowledge, the Seimas does not pass the necessary laws, which would create conditions to live better. If you want good laws, you need competent advisors and specialists, this is not the place to look in the bargain bin. Members of Seimas have too few, not too many advisors and other assistants though perhaps they do not make suitable use of them.

It is worth reminding the penny pinchers that in 2016, the public sector employed 287,900 people, comprising 29% of all those in employment. Of them, 51,136 are civil servants – statutory and civilian (approximately half each). Members of Seimas and their entourages comprise only a very small percentage. Less than 200 people would be directly impacted by reducing the number of MPs by twenty and by firing all their staff. The money saved would be only a drop in the sea, a laughably small sum.

It appears that the reduction of members of Seimas will be done not at the cost of single-mandate district elects, but those from electoral rolls, elected in the multi-mandate district. If anything should be reduced, it should be the number of those coming from the electoral rolls. The rolls allow politicians to enter Seimas, who could never reach victory in a single mandate district and who cannot be dislodged afterward, as long as they have their party's support, even if not the voters'. In my opinion, such people should not be members of Seimas, though they can hold important office in the government apparatus.

The "Farmers" are not aiming to reduce the number of those elected through electoral rolls for this reason, instead because people typically don't back Conservatives candidates in the second round, which is a useful change for them, which harms their main competitors. This is not a serious basis to reduce the number of parliamentarians, but unfortunately in this case politics does nto differ from love and war.

A. Ažubalis on dual citizenship: you cannot sit on two chairs

On Thursday, the Seimas passed amendments to the referendum law, which increases the voting deadline...

Evaluation of S. Skvernelis’ chances: by clashing with the media, he may have made a mistake