BNS EN
aA
The Jewish Community of Lithuania suggests establishing a cultural museum in the territory of the former Vilnius ghetto, going beyond a single building to open spaces and employing smart technologies. 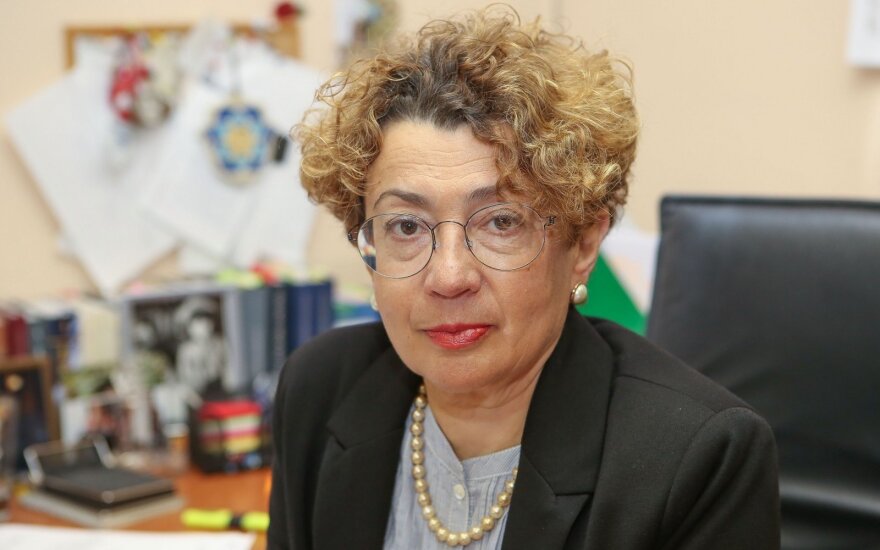 The community presented the ideas to Vilnius City Mayor Remigijus Šimašius on Thursday.

Creative analyst Albinas Simanauskas, one of the authors if the idea, says the exact location for the museum was yet to be picked but the proposal is to place it next to the Rudininku Square.

"Let's say around the Rūdininkų Square, which includes the monument to Cemach Shabad and which could feature a monument to Righteous Among Nations. It is a superb square that could host international events, concerts and theme events (…), it would be a Museum of Culture of Vilnius Jews revealing via historic events, cultural phenomena and live story-telling," he told BNS.

Faina Kukliansky, the leader of the Jewish Community of Lithuania, said approval of the idea was expected from the municipality before a location for the museum can be selected.

In Simanauskas' words, the community expects support from the municipality and counts on investments from Jewish individuals and organizations abroad. He said the leadership of the Vilnius municipality was interested in the idea.

"This would not be cupboards, shelves and artifacts, the museum would be about story-telling, action and the use of the latest technologies, including some entirely unique ones (…). A big portion of the museum would be the city, as visitors of the central exposition – the building – would then be able to walk around Vilnius with mobile devices, let's say, tablet computers or smartphones and see events, characters, figures, documentary materials, 3D, videos," said Simanauskas.

In his words, this would allow seeing the ghetto architecture, which has not survived until today, for instance, synagogues. The exposition could cover the time frame from the 1300s, featuring separate programs for Lithuanian students, foreigners and other visitors.

Lithuanian Jews are in a row over Wednesday's election of the leader of the Vilnius Jewish Community...

Unity is the most important thing to any community, Israel's Ambassador to Lithuania Amir Maimon...