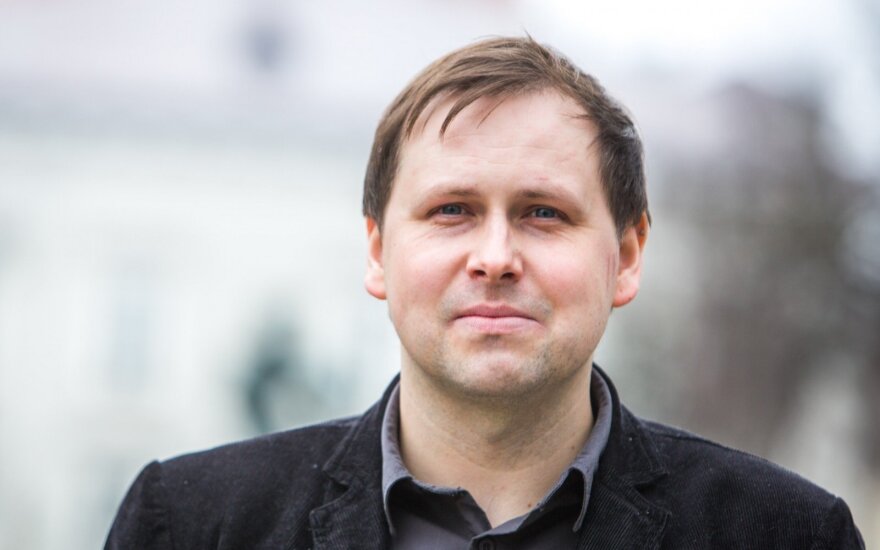 Lithuanian Social Democrats (LSDP) this week for the first time is holding direct elections for their leader. They have needed a change for a while now – and not only because their ratings are plummeting.

The solving of these problems is firstly linked to the ideology and competences with the leftist parties. The programs of Social Democrats, Socialist and Labour Party highlight welfare state and human rights (their wide definition that includes social and economic). Also, Social Democrats state collective responsibility: social problems are individualized (a person himself is guilty) and look for ways how the state can solve them.

However, Lithuania did not have Social Democrats before. Just a political party under that name, which declared the ideology in 2000 but stayed in opposition. That year they also merged with ex-communist Lithuanian Democratic Labour Party (LDDP).

Looking at it from today’s pint of view, it was a decision that ruined the perspective of social democratic politics in Lithuania. Of course, in the case of elections it was a success: LSDP won the Parliament election in 2000 and 2012, and stayed in the government even after disappointing elections in 2004. Government became the core element of LSDP.

Is this normal? All parties seek power (except for testimonial like in the Netherlands). Not all party existence starts and ends with the division of offices – others also have an ideology or certain problem questions which they represent.

Political scientist Kęstutis Grinius criticized LSDP numerous time that it did not implement progressive taxes. I will not evaluate how much it would be based in Lithuania as I am not a representative of political economy. However, just the lack of serious analysis shows that it was not a priority on an ideological level.

Labour relations, just the defence of employees? I don’t think so. A liberal Labour code was adopted not by Conservatives or Liberals but by a Social Democrat lead coalition. LSDP fiercely defended it and even defeated the Presidents Dalia Grybauskaitė Veto in the Parliament and sacrificed themselves in the Parliament elections despite the resistance of the public.
A loyalty like this to their ideology should be strived by any western party. A right wing one, of course.

Income inequality? According the Gini coefficient (Eurostat data), in the last decade it only grew in Lithuania during the governing of Social Democrats. However, economy grew as well: so, the coinciding income inequality shows either their incompetence, or ideological hypocrisy, or both.
The increase of minimal wages? Yes, a decision like this did exist but not because of the leftist of LSDP but because of the campaign of Labour party which was a part of the coalition and pressed for this issue.

Probably the only leftist policy for LSDP when it is in power – the increase of government workers (or resistance of decreasing the numbers). However, it is probably not because of their wish to increase the quality of service. LSDP is “leftist” here because of a simple reason: the expansion of government apparatus is to ensure jobs for their supporters.

The fact that LSDP has more officials that ones who actually work was confirmed by an analysis by sociologists Zenonas Norkus and Vaidas Morkevičius about social classes in Lithuania (magazine “Sociology. Thought and action”, 2012). According to that, class voting in 2008 parliament elections was weak, and the signs could only be seen in service class: lower class (officials, mid-level specialists) chose to vote for Social Democrats, the higher – for Conservatives. The vast group of unqualified workers was not the electorate of LSDP.

Lithuanian leftists criticized data and graphs often that showed the difference which divided the voters and was linked to the view of Soviet era and relations with Russia. Lithuanian left in here is more pragmatic, and left – is stricter. In regards to the critics of a sociological views, an analysis like this fools people because it has nothing to do with ideological or real left.

Supporters of left, is it a responsibility of the politicians who analyse this objective situation just because? Was it not you who supported, voted, took office received from the party, which had nothing to do with the left? If left politics did not exist, which would educate and unite latent lefts, he voters were left another landmark – link it with its ex-communist past when it “was better”.

The president probably thought that LSDP cares about the individual, but after the last government they probably saw the light.

Can the situation be changed after direct elections for the leader? As a citizen and political scientist who is interested in the creation of left policy on Lithuania –I do hope so. Just as a political scientist, who has observer the party’s evolution – I doubt it.

Gintautas Paluckas, judging by his messages on Facebook and public statements, seems like a person who understands what is left. However, there are things, which in his political honesty are doubtful – not only the past (the so called “rat extermination case”) but also he often appeals to the party’s ex-communist past by accident.

When talking about his political sins, G. Paluckas refers to Algirdas M. Brazauskas who said “Look at me how I am right now”. In other words, the “godfather” of anti-ideological policy in Lithuania who looked at social democracy like a liberalism. The strong ex-communist and nomenclature origin still rises into the surface for LSDP.

However, the current LSDP do not need a revolutionary who would merge past with the future. It is not possible, because nomenclature and ideology are different principles on how policy is organized. LSDP can only be saved by an ideological revolutionary. Who would break the origin of nomenclature. One who would not be stuck in the swamp of the organization? It might be too late for G. Paluckas.

It might be too late for Mindaugas Sinkevičius as well. The son of famous LSDP politician Rimantas Sinkevičius, Minister of economy was elected as the best mayor in Lithuania. However, his political experience puts M. Sinkevičius to the box of a technocratic leader. There is not much of an ideological policy in a municipality.

Also, M. Sinkevičius has defended a dissertation in ISM in 2015 about the use of alcohol: he analysed personal and social factors and gave recommendations to the public. It might be related to some competences needed to a leftist party leader, social issues. However, M. Sinkevičius did not resist when he agreed to become the Minister of Economy and surrendered the Ministry of Social Security and Labour.

Artūras Skardžius and Andrius Palionis? The first is the only candidate who remembers the historic opposite with the Conservatives when asked about potential partners of a coalition with LSDP: it appears that is remains from the Soviet era. It is the brightest candidate of LDDP traditions.

Andrius Palionis is known just for inheriting a single term municipality of Prienai-Birštonas from his father. There, for the record, he was elected as a non-partisan at first.

Just like Mantas Varaška, who had joined the political group of National Resurrection at the start of his political career in the Parliament. Later he joined the Christian party group and later found the Social democrats.

He is a less known candidate who has wandered around during his career. We have to admit that those who follow him on Facebook could have seen a left-oriented program with clear suggestions. However, some things like being for the death sentence to M. Varaška are the least weird for a Social Democrat.

Whoever is elected as a leader, it is clear that LSDP time as a governing party is coming to an end. It can survive only as an ideological, left power. However, there is little time left for changes – without them Social Democrats may not get into Parliament in 2020.

Members of the Lithuanian Social Democratic Party (LSDP) on Thursday start voting in the party's...

Who will replace A. Butkevičius? SocDems regions have already chosen