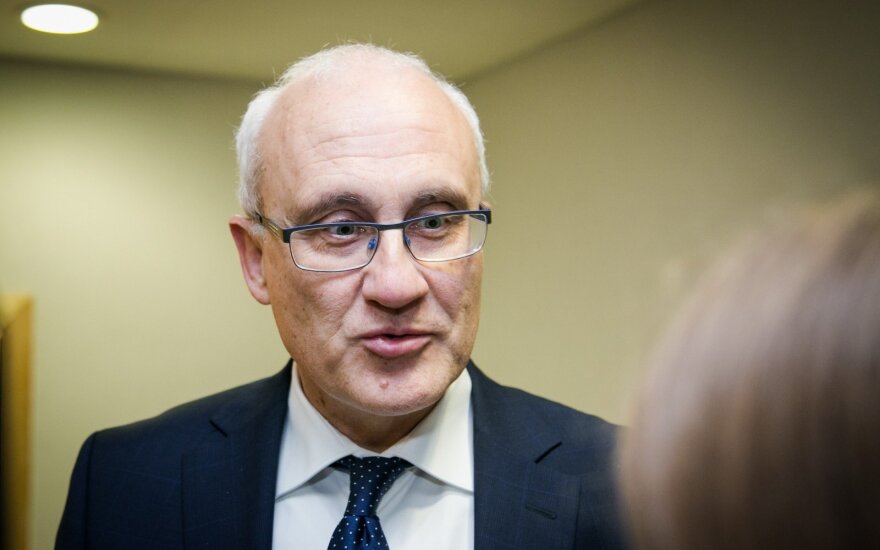 Currently more than a million citizens have signed second stage pension contracts. Sodra transfers a portion of their social security payments into their private pension funds.

The Peasant Greens electoral programme intends to halt such transfers from Sodra and the state budget by merging the current second and third stage of pensions (the latter is held to be accumulation of purely private funds). The proposal has carried over into the future cabinet programme project.

Related articles
Left in the shadow of Cabinet – no friction, no grudges
Finmin nominee is an economist who seeks compromises

With Delfi inquiring S. Jakeliūnas on what the coalition partners specifically agreed on, whether transfers to pension funds from Sodra will be halted.

“Preliminarily yes, we have reached agreement because financing [pension funds] with Sodra funds is already a vice. Up to 2014 assignations from the state budget were set aside for this.
It was proposed to do so in the next year’s budget and to review the current budget project. But it isn’t a matter of principle. The issue has to be resolved systematically and in depth.

How it is resolved, the idea has been presented and is present in the programme. However perhaps it is a matter of more detailed discussion because opinions can differ and they definitely are different. Particularly the private financial sector, I believe, has actively contributed to ensuring that I do not work as Minister of Finance. But now I am working here in Seimas and I think those plans will be accomplished on way or another,” the new chairman of the Budget and Finance Committee said.

According to him, the impact of the financial sector regarding his non-appointment as minister is illustrated by the official appeals made by financial institutions and associations to the President, Seimas, cabinet and other institutions. The politician did not hand over the letter, but Delfi obtained it from other sources.

The document named an appeal “Regarding attempts to halt the pension accumulation system” also addressed to the Ministry of Social Security and Labour, Ministry of Finance, Bank of Lithuania, LPGU Chairman Ramūnas Karbauskis and Social Democrat Chairman Algirdas Butkevičius.
“We are concerned due to public and active statements by Seimas majority representatives regarding pension accumulation system reform, suggesting that there should be significantly fewer participants in the system. <…> Such publically declared plans reduce citizens’ trust in the state and the accumulation system itself, while their implementation could breach the rightful expectations of those participating.

<…> We realise that the private pension accumulation system could and has to be improved, however this must be done without radical statements which would make it necessary to discuss the same things over again. The potential changes should raise the citizens’ confidence in the pension system, rather than raise doubts on the state’s ability to accomplish its pledges,” states the document.

S. Jakeliūnas is not directly mentioned in the document, but not only he, but also the aforementioned Delfi sources suggested that the creation of such a document was inspired by the member of Seimas’ talks about changes to the pension system.

The document is not dated, but it is clear that it was created no earlier than the end of October, when S. Jakeliūnas had to make excuses in public, conceding that pension reform does not mean nationalisation of already accumulated pension funds.

When asked why S. Jakeliūnas was not chosen as Minister of Finance and how much impact the aforementioned appeal had, PM Saulius Skvernelis responded to Delfi that “I did not see any letters, any association letters. My decision has nothing to do with it. I already mentioned the necessity of the decision and the need for him to work in Seimas and the Budget and Finance Committee.”

Vilius Šapoka , the candidate to take the post of finance minister in Lithuania's new government, is...