Is Vilnius a smart city?

"Post scriptum"
aA
Rapid urbanization is posing new challenges to quality of life in big cities across the globe, including in Lithuania. Even a relatively small city like Vilnius is facing problems like traffic jams and air pollution - and using smart technologies to tackle them. 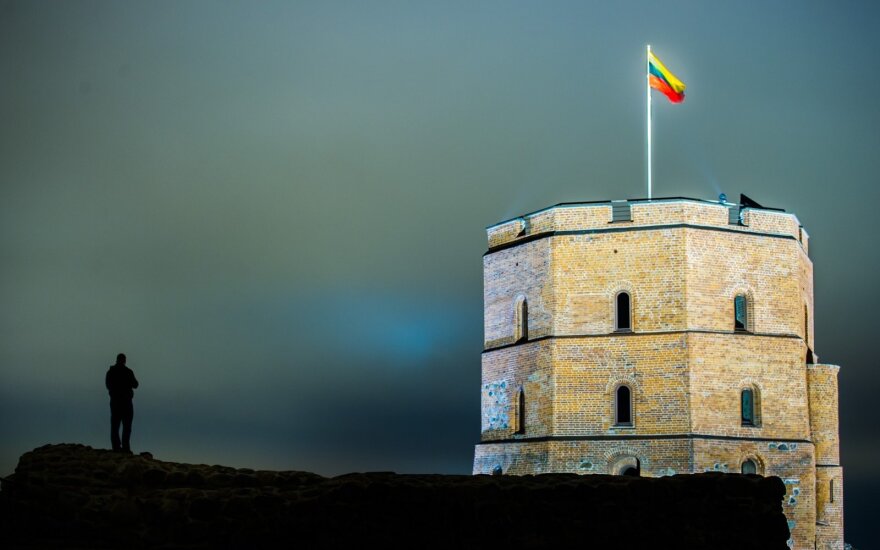 Cities across the globe are growing and expanding. The United Nations estimated in 2007 that half of the world's population was living in cities but by 2050, that share will exceed 70%.

Urban expansion is, arguably, a measure of economic development and progress. On the other hand, urbanization does not come without inherent risks. At the moment, cities use up 75% of global resources and emit 80% of all greenhouse gas. Moreover, mobility and communication challenges that emerge as cities grow bigger are threatening the quality of urban life. The idea of smart cities is one of the proposed ways to deal with urban challenges.

The smart city idea emerged in the 1990s as global urbanization was accelerating to unprecedented speeds. However, the idea truly gained currency a decade later, entering the European Union's Strategic Energy Technology plan in 2009.

In other words, the smart city is a relatively new phenomenon, meaning that its exact meaning is still somewhat loosely-defined. Other related concepts include the green city, the intelligent city or the digital city, depending on where you want to put the emphasis: environmental sustainability or economy. Everyone agrees on one thing, however: a city cannot be "smart" without information technologies.

Cities at the limit of environmental sustainability

In his book Green Urbanism - Learning From European Cities, Timothy Beatley describes cities as organisms with their own kind of metabolism: they consume resources and emit massive amounts of waste.

Most of the food consumed by Londoners comes from faraway lands: potatoes from Egypt and Cyprus; tomatoes, cucumbers and asparagus from Spain, Greece and the Netherlands; beans come from Kenya. To sustain a population like London's it takes a territory 125 times the size of the city. 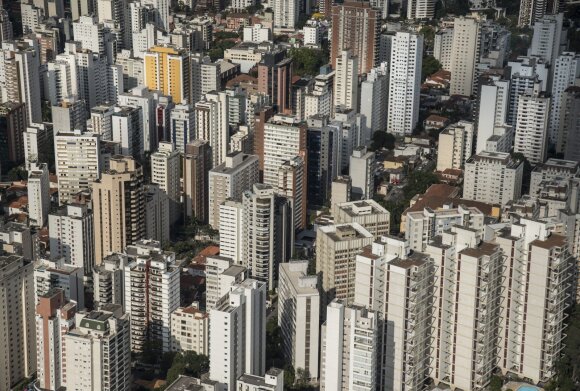 Clearly, the world's giant metropolises have long transcended the limits of their environmental capacity and thus are a huge burden on the environment. Moreover, overcrowded cities pose mobility problems for their residents. São Paulo, for instance, is home to 8.5 million cars, resulting in traffic jams extending almost 200 kilometres.

Counter-intuitively, it is China - a hotbed of urbanization with over 120 cities with more than a million people - that gives some of the best examples for how to deal environmental challenges in big cities. China's urban population is expected to double by 2030 and the country is already designing and building many new cities.

During the boom in urbanization in the last century, poor Chinese farmers left the countryside in search of opportunities and better life. However, the new city dwellers found themselves at the bottom of urban social ladders, living in the worst conditions that cities could offer.

However, a new generation does not find this acceptable and look up to Seoul, Singapore and Tokyo for examples of successful environment protection programmes. The new cities in China are built using smart planning to ensure they can be sustained within the limits of their environmental capacity.

Quingdao, Tianjin, Chengdu and Wanzhuang are some of the settlements designed with sustainability in mind. The region around Wanzuang, for instance, suffers from water shortages. To solve the problem, the region moved to use special crop varieties, designed to be grown in cities, to replace water-intensive wheat and corn farming.

The goal is not just to cut water consumption, but to give urban populations access to fresh fruit and vegetables. Smart solutions help new Chinese cities solve problems of sustainability and better use limited resources.

Consumption is not the only challenge faced by modern metropolises. Environmental hazards - flooding, hurricanes and droughts - present huge risks to densely populated areas.

After heavy rainfall and floods in 2007-2008, Rio de Janeiro set up an intelligent operations centre in 2010, hoping to manage the city in smarter ways and minimize the potential effects of future natural disasters.

Songdo in South Korea is held up as an example of a 21st century smart city, successfully tackling communication problems. Each corner of the city is connected to a fibre optic internet cable, apartments and offices are equipped with sensors and integrated monitors, allowing real-time communication among people who would otherwise have tough time reaching one another.

This mode of communication is dubbed telepresence and is used by people of Songdo for doctor's appointments, to attend classes often with fellow students and teachers from other cities or even countries. Although telepresence is unlikely to ever replace face-to-face interaction, it is one of the methods used to speed up communication processes in cities like Songdo. 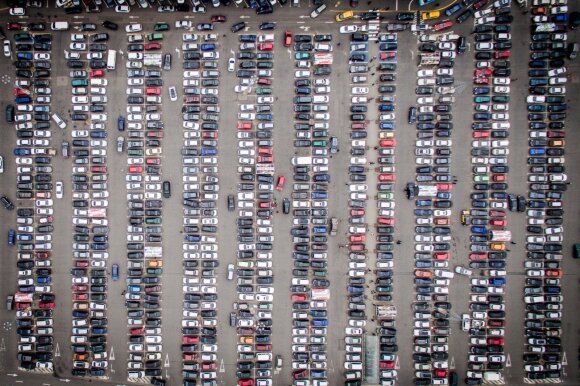 Lithuania, too, has been toying with the idea of smart cities. The country's capital city Vilnius has introduced several smart management solutions, including a website which allows citizens to communicate with city council members, express opinions in polls, and submit electronic petitions and proposals.

Responding to mobility challenges, the city developed a traffic monitoring system, connecting all traffic lights across the city into one centrally-managed network. The new system allows the city to cut average travel times, despite the fact that the number of cars in Vilnius increased 40% over the last decade. 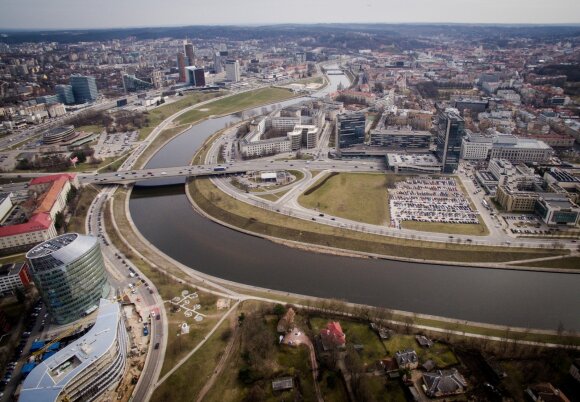 Moreover, Vilnius has smartened-up its public transport, introducing e-tickets, re-drawing bus and trolleybus route plans and optimizing the network with the help of "fast buses".

Another innovation in the Lithuanian capital's transportation system are two mobile applications, m.Ticket and m.Parking. m.Ticket allows purchasing public transport tickets on the phone, and the monitoring of the movement of buses and the planning of trips. m.Parking is a solution for paying for parking on a smart phone, dispensing with cash payments and queues at parking ticket machines.

One of the most successful recent solutions is Vilnius' street lighting project. Vilnius upgraded its street lighting, installing LEDs and cutting electricity consumption by 70%, which saves almost €2 million a year.

Moving ahead, Vilnius could consider further developing and perfecting current projects, for instance using m.Ticket to guide one to the nearest bus stops or m.Parking to track traffic jams in the city or find free parking space. Similar solutions have allowed Barcelona, one of the smartest cities in Europe, to not only tackle mobility issues, but also cut pollution from cars driving around in search of a free parking spot.

Air quality is an issue in Vilnius, too. A significant part of the city's public transport stock is antiquated and inefficient, consuming much energy and polluting the air. Replacing it with new stock, perhaps hybrid buses running on biofuel and electricity, would be a way forward.

Modern technology is one of the key ways cities can tackle the challenges of urbanization - even relatively small ones like Vilnius. 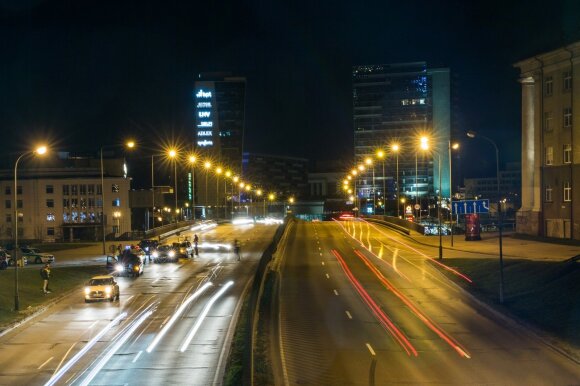 Macaw , an award-winning employer and digital solution provider, has selected Vilnius as the location...