Is the West misreading Vladimir Putin?

(2)
Anna Newby, Brookings
aA
Is the West misreading Russian President Vladimir Putin? Brookings Senior Fellow and Director of the Center for the United States and Europe Fiona Hill sets the record straight in a new article in the Bulletin of the Atomic Scientists. 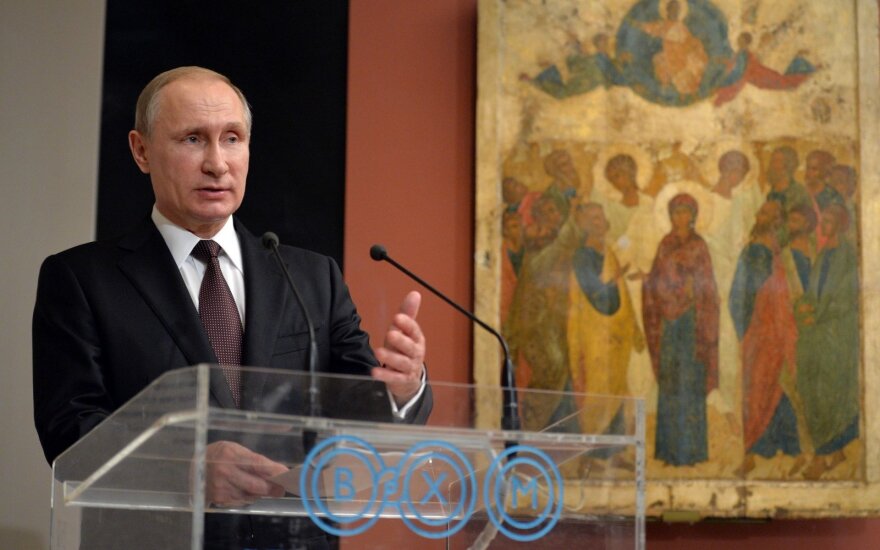 Putin oversees a vast nuclear weapons arsenal—so for the sake of international security, it’s important to know who he is, how he thinks, and why. And Western leaders, for their part, will need to learn how to talk with him.

“Putin’s Russia is a one-man show,” Hill argues, even though the state appears to be managed by a cadre of his associates. It’s not clear whether he listens to their advice—all that’s clear is that he calls the shots. This kind of hyper-centralized, unchecked rule buttressed by a rubber-stamp parliament has deep roots in Russian political culture, according to Hill, going back to the Soviet system (and czarist Russia before that). That said, Putin’s “operative-as-autocrat” status is unprecedented in Russia or in any other modern state. And he’s not merely an opportunist, Hill cautions, stressing: “Putin is a strategist.” He plans ahead. This, combined with the fact that he is not nearly as institutionally-constrained as his Western counterparts, makes him an inordinately flexible force in world affairs.

But Putin is not all-powerful—or infallible. “Overestimating him can be as dangerous as underestimating him,” she argues, pointing to Putin’s own personal misreadings of Western leaders. With limited experience living abroad, “Putin does not have deep insight into the way our societies work, nor does he care to obtain it.” Instead, he falls back on old threat perceptions, filtered through the prism of the Cold War when he was a KGB operative.

Putin doesn’t really know how to talk to the West, and the West doesn’t know how to listen or talk to him—this level of mutual incomprehension, Hill argues, is dangerous.

What the West tends to miss amid Putin’s alpha-male rhetoric is that he wants security for Russia, plain and simple. He wants to define and defend what he sees as Russia’s vital interests, and sees the United States as its foremost threat (a fact that American leaders find hard to understand in a post-Cold War era). And he perceives Western efforts to promote democracy and liberal markets as encroachment, exhibiting paranoia that Trojan horses and Fifth Columnists are being implanted in Russia in order to undermine it.

At the end of the day, Putin’s view of the world is a carry-over from the Soviet era: in short, “might still makes right” and the chess game of global affairs is still played out, fundamentally, on literal battlefields. The trouble, for Putin, is that Russia’s resources in conventional military and economic terms are still far inferior to those of the United States and the West. So Putin sees himself in an asymmetric struggle with the United States, prompting him to try to “be innovative, catch the West off guard, and fight dirty,” as Hill writes.

The paradox, she concludes, is that Putin doesn’t want out of the international community. Instead, Putin wants a seat at the table with the West—specifically with the United States—to make deals on “equal” (in his view) footing.

So what should Western leaders do about the Russian strongman? They can’t “simply reject the idea of dealing with Russia in international affairs,” Hill writes, pointing to common crises that the Russian and Western leaders need to solve together (like Syria, nuclear proliferation, terrorism, climate change, and the threat of pandemic disease). Trying to isolate Russia will only push it to act as a spoiler. So the West should talk to Putin and members of his team, Hill urges—even if it makes their stomachs turn.

Republished with permission from Brookings.

Managing the risks of the US-Russia confrontation in Eastern Europe

Unlike in the Cold War , the current Russia - United States confrontation is asymmetrical, which...

The Savchenko swap: Why did Putin really free Ukraine’s most famous pilot? (2)

Vladimir Putin ’s decision to pardon Nadezhda Savchenko was a purely pragmatic one. Left with no...

The European Twittersphere is up in arms over a recent indication that Russia's propaganda efforts...