(1)
Andrei Kolesnikov, Carnegie Moscow Center
aA
A recent study commissioned by Finland has outlined the pros and cons of the country joining NATO. 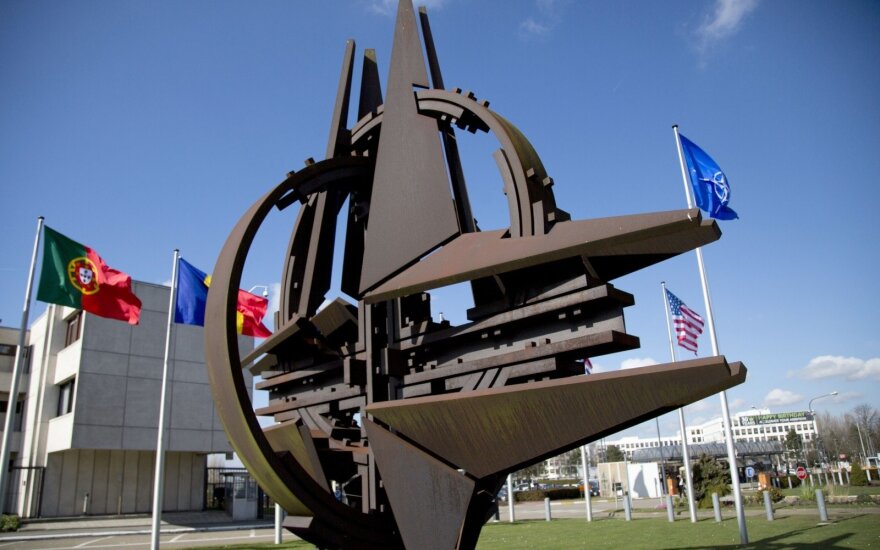 Russia’s unpredictability means there is a lack of clarity on the direction the country will take after 2018. Is NATO membership really crucial for Finland and Sweden in the long term if Russia follows the best-case scenario, or even if it enters a state of inertia?

The prospect of Finland and Sweden joining NATO has seemed more likely in recent months than at any time since the end of the Cold War; but in the long term, it’s far from certain that such a move would benefit the two countries, given the inevitable backlash from Russia.

Several months ago, the Finnish Foreign Affairs Ministry commissioned a group of prominent diplomats and international relations experts to analyze what the likely consequences would be of Finland acceding to NATO. The group consisted of chairman of the Swedish Institute of International Affairs Mats Bergquist, chairman of the Geneva Center for Security Policy François Heisbourg, former Finnish ambassador to Russia René Nyberg, and director of the Finnish Institute of International Affairs Teija Tiilikainen.

Naturally, the study included an analysis of Russia’s potential reaction. The report, titled “The Effects of Finland’s Possible NATO Membership. An Assessment,” was recently made public. It also addresses the potential consequences for Sweden, since—as the authors emphasize—Finland and Sweden are united in a common strategic space.

The report notes that NATO membership for the two Scandinavian countries has not been discussed this intensely since the end of the Cold War. If previously Sweden and Finland were metaphorically said to be “smoking without inhaling” in their relations with NATO, now they are suddenly smoking a pack of cigarettes a day. This strongly affects their relations with Russia.

If Finland joined NATO separately from Sweden, this would cause a host of problems, both logistical and political. The authors diplomatically abstain from making specific recommendations. However, their assessment of the effects of various options shows that if it did come to NATO membership, joint accession for the two Scandinavian countries would be logical.

Russia—which the researchers call an “unsatisfied power”—is anticipated to react not just negatively but harshly and unpredictably. If a confrontation were in the cards, it would be better for the two states to deal with it together. For Russia, too, though Finland is geographically closer and more familiar through tourism, the two Scandinavian countries are seen as a certain single geopolitical entity, much in the same way that the average Russian does not really differentiate between the Baltic States.

As Finland and Sweden consider taking the leap, the top brass on both sides of the Russia-NATO divide that has shifted eastward over the past seventy years are reasserting themselves. NATO’s new supreme allied commander for Europe, U.S. Army General Curtis Scaparrotti, said this month that a “resurgent Russia” was one of the key threats to NATO, alongside terrorism and the migration crisis. At about the same time, Russian Defense Minister Sergei Shoigu said Russia would establish three new divisions “to counteract NATO expansion near Russia’s borders.”

This turn of events hasn’t exactly come out of nowhere, although so far it is hard to imagine an all-out war between NATO and Russia or the deployment of Russian troops to the Baltics or Finland in the spirit of Stalin’s offensives of 1939–1940. After all, the borders of the so-called “Russian world” have also shifted east.

The shimmering outlines of the “Russian world” in the minds of Russia’s leading hawks do not encompass Latvia, Lithuania, Estonia, Finland, Sweden, or Norway, though the hawks are fond of using the Baltic Sea and Arctic territories as a staging ground for minor provocations and subsequent jabs, hints, and insinuations by politicians, TV anchors, and scrappy press secretaries in another sort of hybrid warfare.

Yet even if the threat is exaggerated and the rhetoric is too militarized to be reasonable, the fears of the Baltic and even the Scandinavian countries are understandable as Russia, whose intentions can only be guessed at or divined, is their close neighbor.

NATO membership for Finland (and/or Sweden) would change the political landscape of northern Europe. (The authors of the report write that its effect would be comparable to Poland’s accession to NATO in the late 1990s.) It would be seen as a political defeat for Moscow. For this reason, as the authors note, “it may be considered paradoxical that Russia is trying to prevent Finnish and/or Swedish membership of the Alliance by intimidation rather than reassurance.”

The assessment cites an example of this “hybrid” intimidation. Since the late 1950s, the border of the USSR/Russia with Norway and Finland was generally calm and well managed. But in the fall of 2015, to the surprise of Norway and Finland, Russia started allowing third-country nationals—including Syrian refugees seeking asylum in Norway—to cross this border without visas, which added real tension to their relations.

In early 2016, Russia stopped taunting its western neighbors as suddenly as it had started to. In March, Finland and Russia signed an agreement under which only nationals of Finland and the Union State of Russia and Belarus could cross the shared border.

Although the authors really do refrain from recommendations, they delicately note that while Finland is completely ready, politically and practically, to join NATO, it could be satisfied with the unofficial status of a NATO partner country. The report suggests looking at the issue from a long-term perspective, based on which, as the authors eloquently state, “a small country such as Finland has good reason to be careful when considering choices of grand strategy.”

After all, Finland has always been able to find a balance—even with the Stalin-era USSR. It remained uncompromising and resolute prior to the Winter War between the USSR and Finland in 1939, but displayed flexibility and composure after 1944, when the Soviet Union was unable to turn Finland into a satellite state.

Finland’s caution does not signify acquiescence to modern-day Russia. Finland simply understands that Russia’s unpredictability means there is a lack of clarity regarding its development after 2018, when President Vladimir Putin’s current term is due to end. Is NATO membership really crucial for Finland and Sweden in the long term if Russia follows the best-case scenario, or even if it enters a state of inertia? In this situation, the option of “smoking without inhaling” might be the most pragmatic one.

Republished with permission from Carnegie