Investing in Udovicki – dangerous for national security but support for the “Peasants” election?

Indrė Makaraitytė
aA
The conservatives are burning candles, voters are putting unremoved waste on social networks, they are angry at the incessant traffic jams and the local press reports on bribing their voters before the municipal elections. But these are mere ripples on the surface because the truth is there are far more serious strategic issues at hand in the municipal elections. 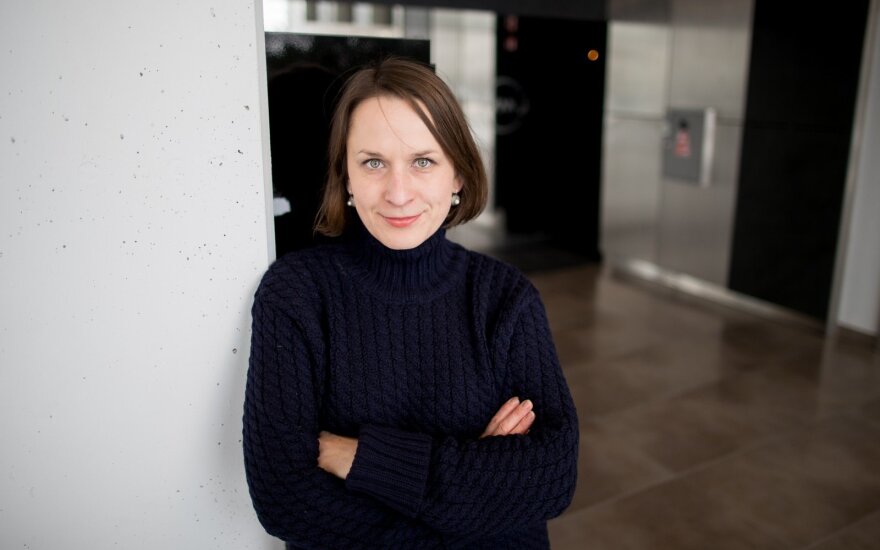 There is, for example, the Minister of Transport and Communications Rokas Masiulis who has one single answer when asked why changes at Lithuanian Railways are so slow, why companies that win the tenders are then covered in scandal and why the long-time head Stasys Dailydka was removed from his post. The former head of Lithuanian Railways Mr. Dailydka concocted so many schemes that the new management finds it difficult to disentangle them all.

Related articles
Misappropriation and abuse, which surprised Masiulis: they did not even try to hide it
Charges in Lithuania's political corruption case - bribes for laws, procurement, posts

With this in mind, it seems to Mr. Masiulis that the wholesale purchases that Lithuanian Railways then under Mr. Dailydka made from Railvec (which were called something else but linked directly to the concern TransMashHolding, a manufacturer for Russian military facilities) are tantamount to a crime.

Those same purchases from that very company under the current management are most definitely unavoidable. The sad truth is that in actual fact that the Lithuanian Railways was a state within a state. It’s difficult for anyone to know what happened there yet those who do truly justify it. The State Security Department always had a representative there and who, in that state within a state, not directly of course, but through various forms of support, served the then Prime Minister Algirdas Butkevičius as well as the electoral campaign prevailing at the time.

Since law enforcement in Lithuania is in no way a measure, let’s measure rather by dailydkism because it’s based on a measure like this that the Transportation and Communication Minister makes proposals.

For how much longer will dailydkism be the excuse in managerially disabled companies? Why is dailydkism still a measure in just one strategic company and not in any other states within a state that behave in a similar way? And why is it that Mr. Dailydka was turned into a huge national security problem in Lithuania because of a small problem?

The new Lithuanian Railways management has up to now not been able to take over the company – contrary to what was planned and thought of. Up to now nobody has been able to live up to the former administration. And whether Mantas Bartuška likes it or not, it’s Mr. Dailydka who up to has more knowledge of what’s happening in the company than he does. The only difference is that Mantas Bartuška heads the still unowned Lithuanian Railways whereas the former head has formed a new company. And he is selling his knowledge to Latvian businessmen who have business links with Russia. Mr. Dailydka doesn’t hide the fact that the purpose of his new company is to compete with Lithuanian Railways, transfer its Russian cargo and compete on Rail Baltica. Behind his knowledge are powerful Russian interests and tuned action. His competitors are managers who are arrogant and have the upper hand in public relations.

Recognising this, Mr. Masulis, and especially the Prime Minister are asking why, from the point of view of the other company’s management, is dailydkism is not being applied.

If Mr. Dailydka moves, as Lithuanian Railways and the Ministry of Transport are saying, to deprive Lithuanian Railways of Russian transit, and the Minister openly says that Mr. Dailydka is detrimental to Lithuania's interests, why is it then that the dailydkism measure is not being applied to the State Seaport Directorate Head? Arvydas Vaitkus, who’s running in the Klaipėda mayoral elections under the Peasants’ flag, is supported by Igor Udovicki and other port businessmen directly and indirectly associated with him.

Igor Udovicki, together with the Belarus factory Belaruskalij, manages the Bulk Cargo Terminal and is the owner of Gargždai Railways. The Gargždai Railways is another competitor of Lithuanian Railways that hopes to take over Belarus cargo, conveyed at the moment by Lithuanian Railways. Experts state that that’s a matter of time because Belruskalij is a Belarus government enterprise that manages 30% of the terminal into which products from its factory are conveyed and which can decide with whom in the Lithuanian market it wants to work.

It’s not only Mr. Udoviskis but also the Bulk Cargo Terminal Head Vidmantas Dambrauskas who is supporting the Peasants and Greens union - through Mr. Vaitkus, the port manager running in the mayoral elections, as well as Mr. Vaitkus himself.

In total, the union of Peasants and Greens has received in total from port business men, in one way or another associated with Mr. Udovickis, almost 53.000 EUR in support and 50.000 EUR which was in turn transferred to Saulius Skvernelis’s electoral account.

The paradox is that it was only after LRT’s investigation that the Seimas National Security and Defense Committee Head from the Peasants political group Vytautas Bakas urged Ramūnas Karbauskis to consider refusing certain donations from port businessmen. In the meantime Mr. Skvernelis’s government Vice-Chancellor Alminas Mačiulis is himself the Chairman of the Commission for Coordination of Protection of Facilities Important for National Security. That Commission decided to refuse the expansion of the Bulk Cargo Terminal a year and a half ago because it’s not a safe investment in terms of national security.

Mr. Mačiulis, who was caught at the lift by journalists said that the terminal is not considered a safe investment because Belaruskalij has received millions in loans from Russia’s Sberbank which is targeted by US sanctions.

If it’s an unsafe investment then is Mr. Udovicki’s support for the Peasants and Mr. Skvernelis’s election safe?

That then is the question – do the Minister of Transport and Communication Mr. Masiulis and the Prime Minister himself know and understand the Head of the State Seaport Arvydas Vaitkus’s relationship and the dailykisms with his activity must be considered if that very same criteria is to be applied to everything? And is the election support from business related to Mr. Udovicki a thank you for the favorable decisions already made in the port or an investment in the future?