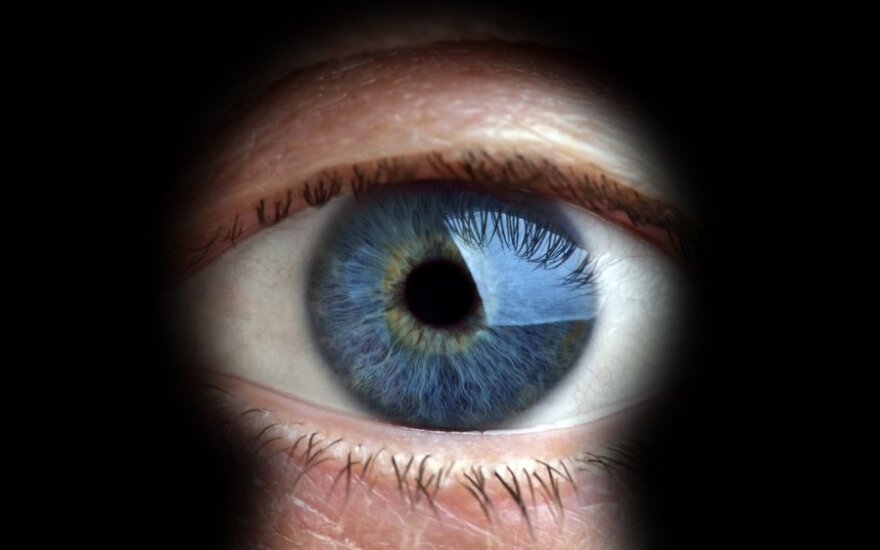 A number of individuals related with foreign intelligence agencies work in certain diplomatic representations in Lithuania and the Russian embassy staff being expelled from Lithuania are only the tip of the iceberg. Such "diplomats" enter Lithuania without a "tail" of suspicion and their real goals are ascertained only here, lzinios.lt writes.

The Russian embassy staff have been declared persona non grata in Lithuania due to activities, which do not adhere to their diplomatic status. This was a response to the events in the United Kingdom when former intelligence officer Sergei Skripal and his daughter were poisoned with a nerve agent in Salisbury. It is believed that by expelling Russian covert agents working under diplomatic cover, the West is seeking to break apart the country's intelligence networks in Europe.

However, the three Russian embassy staff, who have been bestowed the status of persona non grata, are only a part of the intelligence staff working under diplomatic cover in Lithuania. In the newest State Security Department (VSD) and the Second Investigation Department (AOTD) report on threats to national security it is specified that currently, a third of Russian diplomatic personnel in Lithuania is engaged in covert operations.

According to the report, the greatest threat to Lithuania is posed by Russian intelligence agencies – the Foreign Intelligence Service, GRU and FSB. Last year they gathered strategic intelligence on Lithuanian domestic, foreign, economic, security and defence policy, also provided support for aggressive anti-Lithuanian policy from Russia. The neighbouring state's intelligence services were particularly interested in the upcoming presidential elections.

Only a few states threaten

The VSD finds out how many, for example Russian diplomatic representation staff are linked to foreign intelligence services through counterespionage. "Information is monitored, evaluated and the number is established. However we cannot comment on trends in increases or declines because it is classified intelligence material," VSD strategic communication head Aurelija Katkuvienė explained.

All foreign states are interested in certain information on Lithuania, however not all of them pose a threat. "States, which pose a threat to us, are specified in the report. We cannot comment further. Other states do not pose a threat," the VSD representative assured.

According to A. Katkuvienė, decisions on foreign diplomatic accreditation are made by the Ministry of Foreign Affairs. If it is revealed that an official foreign representative's actions overstep the limits of diplomatic service or do not match them, the VSD prepares classified reports. They are presented to Lithuanian decision makers to ensure the necessary response," she said.

Foreign operatives not allowed in intentionally

Minister of Foreign Affairs Linas Linkevičius noted that Russia is particularly active in the intelligence sphere, this country's diplomats perform actions inappropriate for their station not only in Lithuania. This is proven by the coordinated Western states' decision to expel representatives of the Russian diplomatic corps.

Why has our state declared three Russian diplomats persona non grata? According to the minister, there were numerous discussions on their number, however this was the final number settled on. "We agreed that it would be suitable to expel three individuals. We have no doubts that they are enacting covert operations under diplomatic cover," he explained.

Diplomats arriving for work in a foreign country must receive accreditation. Lithuania, according to L. Linkevičius, rarely chooses not to grant such a permission. He assured that only diplomats, who are not suspect, are allowed into the country. "If it turns out that their real activities are related to something else, then the decision is made based on the circumstances: is it tactically suitable to make the decision to expel immediately or after some time, does information need to be reviewed. That's the details. However no-one allows foreign intelligence operatives in intentionally," the minister emphasised.

That a third of Russian diplomatic representation staff in Lithuania could be under cover is, according to Seimas National Security and Defence Committee (NSGK) member Arvydas Anušauskas, a significant number. "For example if Lithuania had weak counter-intelligence, no doubt it would perhaps not be necessary to hold so many individuals in diplomatic cover. It would suffice to arrive in our country and do their tasks freely and no one would ever know. In this case diplomatic cover grants immunity. Performing intelligence activities in a foreign territory, in this case – Lithuania is fairly difficult, thus they seek to ensure extra security. They could "burn up" much faster here than in a different country, such as Cyprus or Greece," the MP explained.

A. Anušauskas agreed that we cannot know that it is not truly diplomats, who come to work in foreign state embassies and consulates. "We cannot know it ahead of time, what those people will do, who arrive as diplomats. Only when they are found to be doing suspect activities typical of intelligence operatives, are they identified as intelligence officers working under cover. It is a long process. It isn't just that one, two, three and done, everything is uncovered," he emphasised.

According to the Seimas NSGK member, failing to prevent the activities of foreign intelligence operatives working in diplomatic cover, there would be massive harm to national security. Failing to notice it on time and with them receiving the sought after information, for example in the military sphere, trying to make certain defence initiatives ineffective, the harm could be counted in the hundreds of millions of euro.

According to A. Anušauskas, hostile intelligence services have always been especially active in our country, the number of pseudo diplomats detected is also increasing. "However Lithuania has its own countermeasures. Our counterespionage activities force and continue to force, for example Russian services, to perform a part of their work in or from their own territory. This could seem simpler, but there are far fewer opportunities," the politician noted.

The VSD has observed intensified intelligence operations, which are most aggressively performed by Russian intelligence and security services.

According to the VSD, Russia, which is facing economic issues, will continue to maintain pockets of military tension, will continue pressuring its neighbours, will seek to reduce EU and NATO influence in countries it views as being in its zone of interest. Such aggressive policy trends are perceivable as potential threats to Lithuanian national security.

The intelligence agencies of other states are also ramping up their activities in Lithuania. They are interested in industrial espionage – the work of Lithuanian business and technology companies is investigated. The gathered sensitive information could be used in creating foreign capital businesses or exploited for diplomatic objectives.

Hostile covert operatives employ a variety of methods for espionage, based on which information is extracted illegally, classified or otherwise of interest data is intercepted.

Espionage is performed both in Lithuanian territory and abroad. Individuals abroad, who have become targets of intelligence operations, may be secretly followed, their phone calls listened to, they could be secretly filmed, their conversations in hotel rooms could be recorded, electronic equipment left without oversight may be looked through, same as suitcases. Foreign intelligence information may use the individuals' business partners, friends and relatives to extract information.

Spies are not only interested in individuals working with classified or important political, economic and military information. They are interested in experts of various spheres, scientists, students and other individuals. Hostile intelligence services always seek to gather extra information about a target's personal life.

Russia intelligence interests envelop most of the key areas of Lithuanian state life.

How to ensure security?

In order to uncover and neutralise the activities of foreign intelligence and security services, public awareness and initiative are especially important.

If suspicions arise that you or your organisation is being spied by foreign intelligence services, it is crucial to contact the VSD. If one encounters intelligence services abroad, one must immediately inform consular staff in the local Lithuanian diplomatic representation and the VSD upon returning.

Seimas to discuss resistance to hybrid threats from Russia

An international conference is held at the Lithuanian parliament on Wednesday to discuss the society's...

Russia's ambassador in Vilnius says that Lithuanian intelligence reports are an attempt to justify the...