Indrė Makaraitytė
aA
Saulius Skvernelis has announced he will participate in the presidential elections during a meeting with the local community of Rusnė. Some knew beforehand, what will happen during the prime minister’s official visit to inspect the construction work on an overpass, some didn’t, however the construction site was not an accidental choice. 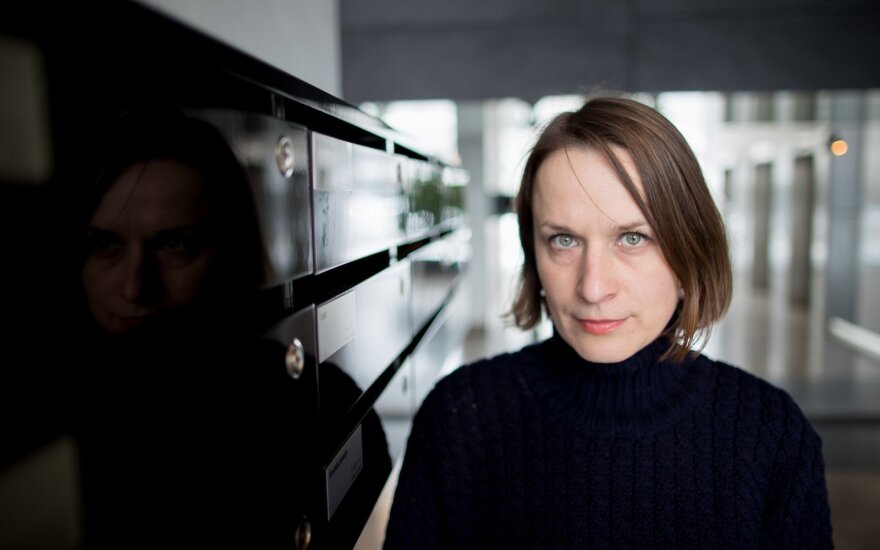 Last year, when burying a capsule to commemorate the beginning of the construction works on the Rusnė overpass for people plagued by floods, S. Skvernelis promised that unlike other prime ministers, he will be different and will keep his promises – will definitely build an overpass for the residents of Rusnė for ten million euro.

However, already then, the company performing the construction works in Rusnė, Kauno Tiltai, together with the Ministry of Transport and Communications' subordinate Road Administration knew that ten million euro would not suffice because the surrounding area was a peatland. To deal with this it would take further millions. It is only for the prime minister's conscience whether he knew this or not, but no one wanted to halt the works – there was less than a year to three elections, among them the presidential ones.

But part of the process had to be halted because LRT Investigation Department journalist Mindaugas Aušra uncovered that Kauno Tiltai earlier had exclusive information via Petras Tekorius of the Road Administration that a further contract would be made for dealing with the peat. Thus, with the competition for the overpass being announced, Kauno Tiltai offered the lowest price. And won. All other participants included work with the peatlands into their project pricing and were left fooled.

If not for the elections and the politically strategically important for S. Skvernelis Rusnė overpass, perhaps there would have been political will to halt the constructions... Perhaps.

However, this is not the only project, which can be presented as an example of how politicians' electoral campaigns are funded with our, the tax payers' money.

The state pocket is an endless hoard and this cabinet is no exception among others. Perhaps S. Skvernelis, unlike the other supposedly middling prime ministers, will build an overpass for the residents of Rusnė, but to pay for expensive public relations services, which you can buy all you want, the state's coffers were open for all the years that the "Farmers" were the ruling party.

And the prime minister is no exception even if he courageously counts the consultant fees, which were generously spent under the Conservatives.

Public relations consultant Darius Gudelis' company VIP Viešosios Informacijos Partneriai signed a multi-year contract with the cabinet chancellery to create a communications strategy during the last days of Social Democrat Prime Minister Algirdas Butkevičius' term. When D. Gudelis had not worked with the Social Democrats for a time and had already won the Seimas elections for Ramūnas Karbauskis and S. Skvernelis, a few days later his new client would enter the cabinet.

This could have been a way that the Social Democrats used to return their debt to the public relations consultant, one that was completely workable and even convenient for the new government. When asked under what basis he meets with D. Gudelis in the cabinet building, S. Skvernelis always had and still has an easy answer. And it is not even worth asking R. Karbauskis – he typically either is not familiar with or does not remember.

The maths is quite simple though. Both from 2010 to 2016 and from autumn 2017 to now, this public relations company has been winning the most public procurements. When the cabinet's steering wheel was in the Social Democrats' hands, D. Gudelis' company won contracts worth 7.5 million euro. During the several years of "Farmer" rule under R. Karbauskis and S. Skvernelis – already three million euro. Among D. Gudelis' clients we also find the Road Administration, Ministry of Agriculture, Ministry of Environment, State Tax Inspectorate and other institutions.

The several hundreds of thousands of debt that the "Farmers" owed D. Gudelis after the Seimas elections have likely long been covered by competitions for public procurements won. Unfortunately, none of these numbers reveal, how much D. Gudelis' services actually cost and costed and what his role was in these elections. Officially, it is not beneficial for public relations consultants to advise politicians because they are immediately risking massive conflicts of interest – contact with private companies or, for example, associations.

We will never find out the true cost of S. Skvernelis' presidential bid. Just like the "Farmer" municipal elections campaign cost. Contracts won through public procurements are only the start because the main work of publicising work is also done by other companies – the grandiose projects of the cabinet were won by other agencies and they do their work in regional news media.

Just these resources are enough to gain the courage to also restrict journalists' work.

The prime minister is seemingly standing aside from all of R. Karbauskis' pursuits, however after Rusnė can anyone still doubt they are a team?

S. Skvernelis in the cabinet and R. Karbauskis in Seimas.

The prime minister had promised that all that was unilaterally restricted to journalists at the will of the new head of the Centre of Registers will be unlocked as soon as possible, however he neither recalls this promise, nor intends to recall it.

"Farmer" leader Ramūnas Karbauskis directly interferes with news media work: both over the new LRT management and by employing his subordinate Radio and Television Commission chairman Mantas Martišius, proposing amendments to the public information law. The goal is noble, it lets R. Karbauskis explain to his followers that he only wanted to safeguard three elections from hostile countries' propaganda and move the law toward the European Parliament and Council's audio-visual news media services directive.

In one case, he is protecting the Lithuanian public from potential negligent future heads of the national broadcaster, in another – from hostile countries' propaganda, but between the lines it surfaces that the public information law would prohibit not only the spread of disinformation and war propaganda, but also what would supposedly "distort historical memory, encourage distrust and discontent with the Lithuanian state and its institutions [...] would seek to weaken national identity and civic mindedness [...]" and so on.

While publicly R. Karbauskis explains that he will change several of the most crucial areas, however so far everything is as was.

It is easy to be mistaken when you hear how R. Karbauskis explains his motives. But one need only notice how R. Karbauskis directs M. Martišius to explain, what problems the Radio and Television Commission has, why it needs the amendments and it becomes clear, why both of these and all other interesting and important projects of R. Karbauskis are rushing forward.

Why does the public tolerate this?

Because there isn't much freedom in the public. There is no left, right or centre.

Even Freedom Prize laureate Jonas Kadžionis-Bėda, who fought for freedom, gave his youth to it, does not believe that there can be more than one correct opinion in a society.

"[...] A deep freeze of occupation and occupation spirit remains – the courts and prosecutors mock the partisans. Partisan leader Adolfas Ramanauskas-Vanagas' case has been stalled for 24 years, waiting for the plaintiffs to die off. Also, the situation of legendary Lithuanian partisan Antanas Kraujelis. It is simply incomprehensible to me now, what does it mean when permission is not given to build a Vytis in Vilnius' Lukiškės Square?" J. Kadžionis-Bėda said.

Among other things, he is also concerned that "a literary vandal, who "vomited" on partisan leaders, who died for Lithuania's freedom, is awarded [...] with the National Prize. Tell me now, what does all of this mean in independent Lithuania?"

If you disagree with the Vytis in Lukiškės, you tread upon the memory of the partisans? If you read Marius Ivaškevičius, then you at the very least do not love your Homeland?

However, only because the National Prize can be won by an author, due to whose creations there arises discussion in the public domain, only because no one can make a wilful unilateral decision on the memorial in Lukiškės Square, can J. Kadžionis-Bėda come to Seimas, make a speech and be heard.

These are just the basic guidelines of democracy, however only the first pages of these guidelines are being read in Lithuania and thus in both this and prior governments, you would get ideas about silencing those thinking otherwise. This is why today projects like R. Karbauskis' are making their way in Seimas, this is why public relations are more important than what is actually being done.

The audio-visual news media directive that is now being touted, which R. Karbauskis and his minions are hurriedly moving toward, contains one precept: the ability to make use of news media outlets should not be limited to learning about technologies and means, the nurture of citizens' critical thinking abilities should also be sought, these being necessary to make decisions, analyse difficult realities and discern opinion and fact.

Unfortunately, we will not have learnt this before the three elections.

PM to run for president

Lithuanian Prime Minister Saulius Skvernelis announced on Thursday he is to run for president in the...