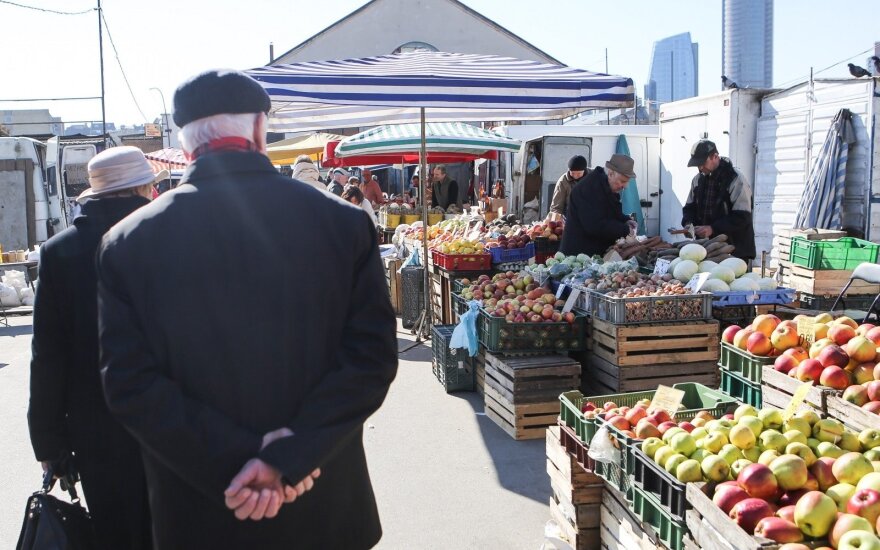 When presenting the proposed tax reforms the cabinet stated that they seek more equal taxation of citizens performing various activities.

Members of Seimas, Farmers and Greens included, do not agree with such plans by Prime Minister Saulius Skvernelis and Minister of Finance Vilius Šapoka.

Based on the voting and proposals, minor businesses and farmers would continue to pay lower tax than all other citizens.

We remind that one of the cabinet's proposals was to set a lower turnover from which income tax is begun to be calculated, rather than 15% of all received income.

Already in September there were plans to lower the limit from the current 45 thousand euro to 20 thousand. A "compromise" was reached later – 35 thousand euro.

Nevertheless the Seimas Committee of Budget and Finance (BFK), which is chiefly responsible for deliberations on tax changes, decided to remove the new arrangements and return to the previous 45 thousand euro limit.

If the Seimas supports the committee's position, individuals working with business licenses will continue to pay far less income tax than those working based on a regular work contract.

Furthermore a group of MPs from the coalition with Ramūnas Karbauskis and Tomas Tomilinas at their head registered another amendment to the income tax legislation on Tuesday.

Based on it, a 5% tariff would be applied not up to 10 thousand euro as proposed by S. Skvernelis' cabinet, but up to 15 thousand euro income from individual business activity.

"In order to distribute tax burdens more equally, we should orient ourselves to citizens earning more than the average income <...>. The proposal seeks to encourage citizens' entrepreneurship, the expansion of small businesses," the MPs presented the amendment explained.

On the other hand the BFK did not approve the Ministry of Finance proposal to exclude 1/20 of the expenses incurred when purchasing agricultural land from the taxed income for agricultural activities.

Furthermore the BFK agreed to its chairman's proposal to see the VAT exemption for residential services not for an unlimited period, but for only five years, up to the end of 2022.

Nothing will change until the fundamentals remain

When asked why the committee chose to not agree to the 35 thousand euro limit for taking a fixed payment for a business license as proposed by the cabinet, its chairman Stasys Jakeliūnas told Delfi that, "One of the arguments is that it is not an important or systemic proposal which at the same time would impact many small businessmen. We listened to their arguments and the cabinet's position that it would not oppose to retain the 45 thousand euro limit.

Thus we decided that at this stage such a limit should not be changed prior to a deeper tax system rework. That is to say until there is no overall review of business taxation variety and regimes."

He noted that the committee also had lengthy deliberation on how to implement the permission to not include expenses for land purchases into taxed income.

This was not passed because there is no such practice anywhere in the world. Furthermore when implementing such a regulation, it would be difficult to perform accurate accounting, conditions for those who purchased land 15 years ago and now would not be equal.

"Regarding the differences between farmers and in terms of accounting, to put it lightly, it was a very dubious proposal. It would appear to have been a political compromise," the chairman explained.

He also outlined that both the majority in the BFK, as in the coalition would likely support the 5% income tax tariff for individual business activity would be set for all activities up to 15 thousand euro income.

"There were discussions in the coalition. Business representatives visited again and provided their arguments. Businesses are now faced with varied taxation – some 5%, some 15%. A financial compromise was proposed. The difference between 10 and 15 thousand does not have a tangible impact on the budget and those who paid 5%, for them the tax burden would increase. In order to avoid this, such a number was agreed upon," S. Jakeliūnas said.

Discussion and balance are crucial

When asked whether the cabinet proposals which have been called cosmetic have not become even more cosmetic and whether the goal of more equal taxation will not be reached, S. Jakeliūnas assured that the cabinet's proposed direction remains.

"As for the sizes after cabinet discussions and the committee ruling, we will see if it will be approved in the Seimas. It is a matter of further discussion and arguments. It would appear that these things are not to be evaluated under such absolutes because for some the tax burden rises, for some it decreases. The pursuit of balance if always based on such discussions," the chairman found no lack of resolute decisions.

Minister V. Šapoka also dismissed the fact that the Seimas majority which approved him, the whole cabinet and its programme has such an opinion on tax changes, stating, "The cabinet presented the Seimas with proposals which were considered after discussions with the public and in our opinion reflect our goals.

Nevertheless during deliberations in Seimas many alternative proposals were received and naturally we are seeking compromise between different opinions. What is important is that both the Seimas BFK and the Committee of Social Affairs and Labour support the principle itself that taxes depend not on the profession, but on the income received."

What do changes for the sake of changes yield?

Former Minister of Finance Ingrida Šimonytė of the opposition Homeland Union – Lithuanian Christian Democrats is convinced that the proposed changes are being done simply for the sake of making changes.

"They began this spell with numbers, cutting tariffs, ceilings and floors at random. It is no wonder that proposals in the Seimas will appear to change this improvisation into another.

It is known that there is no basis for decreasing the fixed income tax limit, if fundamental reform is not being performed. If you simply register as a VAT payer [which must be done when reaching turnovers in excess of 45 thousand euro], you must perform accounting.

The higher limit would have no basis and lowering the bar without fundamentally changing income taxation regulations is doing changes for the sake of change. As for individual business activity "progressive" steps [5% and 15%], they neither had a basis, nor will they have to change it," she noted.

Nevertheless the politician admitted that the majority has at least refused to apply differing tariffs to different individual business activities.

"Well, if you do not fundamentally change anything, then you will get an extra "bouquet" of flowers. In terms of individual business activity the differentiation based on activity was removed, but the "progression" of taxation was set completely at random.

Why was it not possible to, for example, set the equivalent of untaxed income size analogously for work income and then tax it at a flat 15% rate? Thus where one illogicality was removed, another was created," I. Šimonytė summarised.

Lithuania would not mind if the post-2020 European Union ( EU ) financial assistance would be linked...