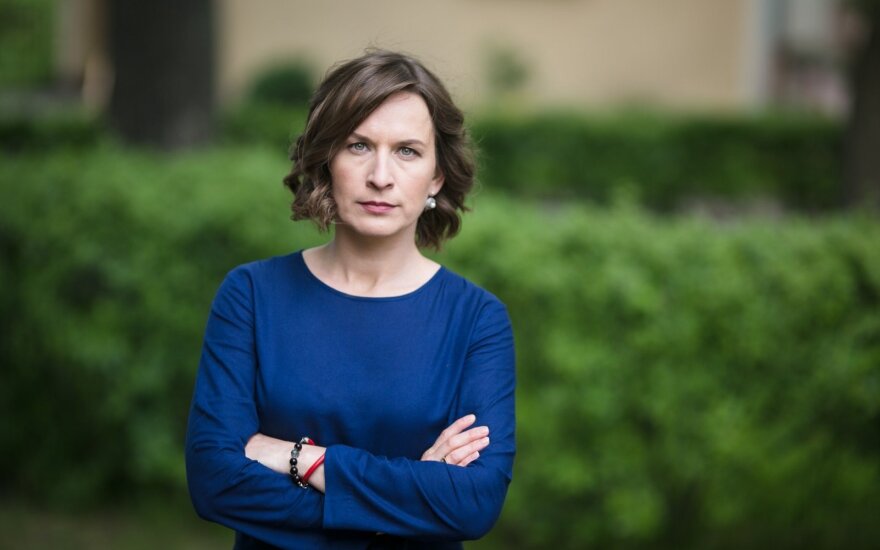 Yes, the holidays are still on, social media is still dominated by sand dunes, sunsets and pickles, but matters are being dealt with. Very serious matters.

When the "Farmers" feel cornered because reforms are not as fast as they promised, because there is no consensus among them and Viktoras Pranckietis does not know what Saulius Skvernelis is saying, while S. Skvernelis has no idea what thoughts float around in his companions' heads. When these companions are not nobodies. When they are afraid that they will be forgotten in the public sphere and thus are in a hurry to share their insights at any occasion. Also when their heads are filled with taxes and passports, and electoral pledges. No being implemented. And then the "Farmers" says that Lithuania was ruled by the Social Democrats and Conservatives for twenty years, well the Liberals too, and so we should not be blamed that we are failing to do something. We are working. We are doing what we can.

Related articles
If the SocDems depart the coalition, the “Farmers” would be left on the brink
V. Laučius: talks that a generation shift is ongoing in the Social Democrat Party are rather odd

And this impenetrable argument is fundamentally very accurate. Just try stepping into, say, the Department of Prisons.

And so the "Farmers" have not taken a single step into this sphere, not even a toe. If not for Rasa Kazėnienė, the accountant of the Kaunas Remand Prison, this bastion would have been impervious to even State Control, with breaches left unseen. On paper the numbers appear to make sense, but only those working there can tell whose pockets the money lines.

R. Kazėnienė deserves a medal and all of our respect for her courage, self-sacrifice and civic stance. A prize that could be half or even more of the sum which had been stolen for years. And continues to be. We know about R. Kazėnienė for about half a year, but she lived in fear for a significantly longer time and continues to. A number of individuals will lose their posts due to her testimony, life has become inconvenient for a number of others, while several tens' business dealings have gone awry. After her final letter to the Ministry of Justice that the Kaunas Remand Prison head continues to struggle with terminating contracts laced with personal interests, he was returned to his old position. Finally doubts arose even regarding the results of the competition for the post of Department of Prisons director.

She speaks that which textbooks write of closed systems. But her only protection is her husband who accompanies her everywhere.

And she, having written her resignation from the Kaunas Remand Prison, but stopped to think for a moment, even if working where you are called a traitor and sell-out is, truth be told, less than appealing, is offered to join the team at the Ministry of Justice which will audit similar institutions.

This combination sounds very appealing. Seemingly textbook. Does anyone feel pity for R. Kazėnienė? No. Meanwhile the Prime Minister is excellent. He took up dealing with the problem at its core.

But there are a few tough questions that remain unanswered.

If R. Kazėnienė is an example of how good citizens should act, will the country's Prime Minister do so with all good citizens? Create a new position because you understand that half a year was wasted and nothing, nothing changed at all. The woman who helped the state was practically harried out of her workplace by the same corrupt system, a member of which became the temporary head of the Kaunas Remand Prison. At S. Skvernelis government's behest.

A closed circle R. Kazėnienė says. Everyone who wants to change the system from the side is without eyes and hands, if they have not encountered it before. Those who do encounter it typically become part of the system and unable or afraid to reform it. But if R. Kazėnienė is no longer in the system, who else will speak up and show the numbers for a newly appointed superior? To what end? So that you would shine as yet another star and the Prime Minister would create a new job for you?

Whatever can be said of Lithuanians, there are few fools among them. Lithuanians know well that fairy tales only happen sometimes and not necessarily to them. And that R. Kazėnienė's success story is so far the only example.

Prime Minister's advisor Skirmantas Malinauskas says that if no changes are made in the Centre of Registers and Department of Prisons, the responsible vice ministers will be taken to account. But so far the only political change is that it was proposed that the Social Democrat team in the Ministry of Justice would be reinforced by R. Kazėnienė.

But what of the most important in this story – J. Bernatonis?

He has been exceptionally silent throughout the story of the Kaunas Remand Prison and Department of Prisons. As if he's here, but he isn't. Consciously, practically calculatedly, based on all existing practices of the past J. Bernatonis expects and knows that if you remain silent and tell no-one anything, you will be forgotten and will not have to answer for anything. And he's right. Journalists ask him, but he lets himself stay silent because the coalition is formed from "Farmers" and Social Democrats for a reason.

And what of S. Skvernelis, faced with J. Bernatonis, a coalition partner, when funding is stolen unabashedly?

Nothing whatsoever. Because clashing with the Social Democrats when the coalition's survival is spoken of in abstracts, supposedly that their value bases are different, there were or perhaps were not promises, that's one thing. But when you have to move one of the Social Democrat cornerstones, that's something else altogether. This would certainly threaten with the coalition falling apart. Realistically, not via Paluckas. And then S. Skvernelis begins to play games – I'll put my foot down, urge the minister, threaten the vice ministers, put my own to place and there will be order.

S. Skvernelis did not abandon R. Kazėnienė, but he did abandon all others working, but not as brave because they are no longer young, full of fear and unsure that they will have livelihoods after losing their jobs for their courage. In fighting corruption after all it's most important to lift the "political roof".

We know what the roof is. But what of lifting it?

V. Laučius: talks that a generation shift is ongoing in the Social Democrat Party are rather odd