aA
If you type the word “hybrid” into the Google search machine, you will get a rather likely result – the term “hybrid car”. Only later Google will include such terms, as “hybrid warfare” and “hybrid threats”. In general, hybrid means a thing made by combining two or many different elements, mixed. So much about the terms. 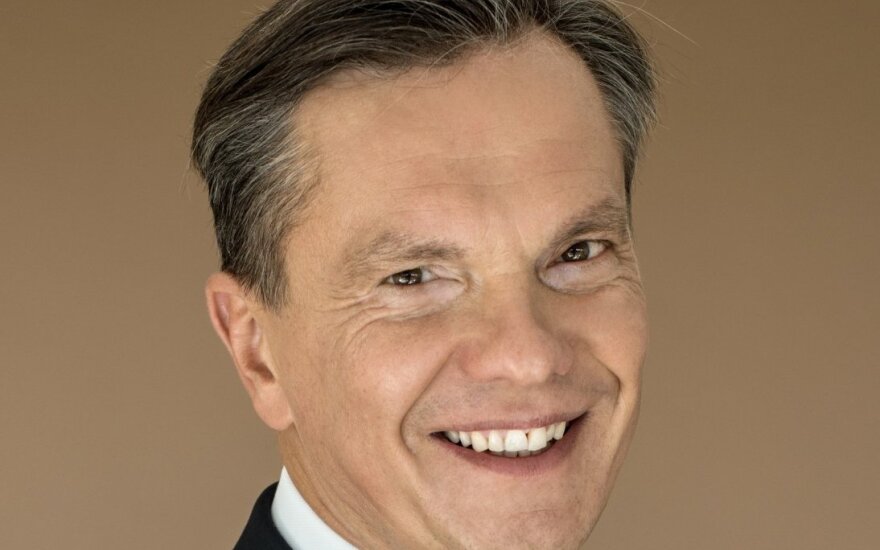 The modern terms “hybrid warfare”, “hybrid threats” started to circulate after the illegal annexation of Crimea by Russia and during the ongoing war in Eastern Ukraine. We saw examples of other types of conflict for the first time so obviously. Instead of an recognisable enemy and its structures, we saw “little green men” without any military insignia appearing in Crimea. The Russian President Vladimir Putin has initially strongly reiterated his claims that “those are not our soldiers”. However, later he awarded them and publicly admitted their involvement. Ukraine was then experiencing (and continue to do so) a diplomatic and economic pressure, a real information warfare and cyber-attacks, followed by actions by special operations forces. Conventional military actions also took place afterwards. This is described in detail in the book entitled “The Hybrid war of Russia: Experience of Ukraine for the Baltic States” by a Ukrainian Evgen Dykyi.

As the war in Ukraine continued, Western politicians and experts started speaking that Russia might take another step and attempt to annex the Baltic States and that hybrid warfare currently posed the greatest threat to our countries.

Although hybrid warfare is called “a new type of warfare”, it is not new in reality. The tactic used by the USSR in Lithuania in 1940 was fully in line with the methodology of the current hybrid warfare (diplomatic pressure, disinformation, the infiltration of special operations forces, provocation, political pressure, etc.). Countries have long ago been using a combination of conventional and unconventional methods with an aim to cause confusion and mislead the opponent by using a variety of means. Experts describe this as the “fourth generation war”: media manipulation, terrorism, absence of a clear hierarchy and structure of the opponent, the use of measures of military, economic, financial, energy and social pressure, asymmetric warfare, combined and coordinated, open and secret military, paramilitary and civilian measures. These actions exploit vulnerability of the country or region, aiming to influence or destabilize the opponent, to prevent decision-making, and, thus, achieve the set objectives.

Moreover, the experience of Ukraine shows that political and energy pressure, propaganda, and provocations can become a stage of preparation for conventional aggression. Indeed, hybrid war includes both – conventional and non-conventional – aspects.

The State Security Department and the Second Investigation Department under the Ministry of National Defence have defined these threats to national security: Russia‘s imperialistic ambitions, aggressive foreign policy and readiness to use military force; active intelligence activities targeted against Lithuania‘s interests; hostile information policy. Information and ideological policy will remain on of the key measures that Russia uses to strengthen a favourable perception of historical and political process and to divide Lithuania‘s society. The President of Republic of Lithuania Dalia Grybauskaitė expressed herself candidly: “We live in an information war time”.

Moreover, attempts to incite hostility among Lithuania‘s ethnic communities against the Lithuanian state. According to Lithuania’s security services, Russia will continue to allegedly defend the rights of the so-called compatriots and will attempt to involve as much Lithuanian youth as possible in various education and cultural initiatives. Russia will also continue to disrupt the unity of NATO and the EU and undermine security guarantees of countries in the region, including Lithuania.
All of this can and will be employed in conjunction with traditional threats and challenges.

Therefore, the main question is how to overcome, how to combat hybrid threats. The experience of other countries – Finland, the United Kingdom, Estonia, and the like – shows that, firstly, coordination at the governmental level is necessary. The state must be prepared for such crises. There must be a well-functioning mechanism of coordination and crisis management for various institutions. Besides, we have to prepare and develop actions and procedures for various institutions.

Military readiness to counter such threats is essential, but it is not sufficient. The response to hybrid threats must also be hybrid. Military and civilian coordination, involvement of society are key to this. Another way to achieve this goal would be to enhance resilience of the state in the fields of power supply, the ability to effectively manage uncontrolled population flows, food and water supply, transport and communication systems.

Lithuania has achieved a lot already: the defence budget is being continuously increased, military conscription has been restored, a rapid reaction force has been set up, drills are being organized while making use of structures of the national defence and the interior.

By the way, Lithuania's newly elected Seimas (Parliament) pledged to stick to previous government's target and increase country's defence spending to 2 percent of GDP by 2018. In the non-binding resolution, Seimas said it will continue previous authorities' policies during its term of office as regards raising defence spending, increasing national defence capabilities and fulfilling the country's NATO commitments.

The Seimas has already approved legislation, which provides the legal framework for the use of armed forces to respond to hybrid threats in peacetime and approved the new Law on Cyber Security. Lithuania has made a breakthrough in securing the diversification of energy supply. Strategic communications capabilities were reinforced. The awareness of citizens is being steadily raised. Discussions on how to implement agreements of NATO Warsaw Summit concerning resilience are also under way. This is just the beginning of a long process. Quite elaborated system to cope with civil emergency crisis is already established with Lithuanian Prime Minister office in lead. But hybrid security brings the issue of coordination to yet another level.

Of course, we are not alone. The fight against hybrid threats is based on NATO and EU efforts as well.

NATO has a clear strategy for its role in the fight against hybrid warfare. Key elements of it are: recognise hybrid threats, have the resilience, ready to resist, rapid assessment, and respond effectively. NATO and US military presence in the Baltic region is the best deterrence. At the Warsaw Summit July 2016 leaders of the Alliance declared that “We have taken steps to ensure our ability to effectively address the challenges posed by hybrid warfare, where a broad, complex, and adaptive combination of conventional and non-conventional means, and overt and covert military, paramilitary, and civilian measures, are employed in a highly integrated design by state and non-state actors to achieve their objectives”. Moreover, NATO’s commitment to strengthen the resilience of its member countries was approved in Warsaw as well. NATO agreed on so called seven baseline requirements which include: assured continuity of government and critical government services, resilient energy supplies, ability to deal effectively with uncontrolled movement of people, resilient food and water resources, ability to deal with mass casualties, resilient civil communications systems, resilient civil transportation systems. They represent the level of resilience that each Ally is expected to meet so that the core functions of continuity of government, continuity of essential services to the population and civil support to the military are at all times maintained - even in the most demanding scenarios.

For its part, in April 2016 the EU has adopted a communiqué on the fight against hybrid threats: to focus on improving awareness, building resilience, preventing, responding to crisis and recovering. The EU also agreed to establish in Brussels EU Hybrid Fusion Cell, to increase strategic communication, and to ask EU nations to launch Centre of Excellence for countering hybrid threats (Finland agreed to do so). The EU also pledge to increase cooperation with NATO.

Both NATO and the EU focus on critical infrastructure protection, strengthening defence capabilities, cyber security, the fight against propaganda and disinformation, facing off subversive activities, etc.

Lithuania’s incoming Government will need to continue to strengthen its readiness to respond to hybrid threats, to adjust its crisis management system to the new reality so that it would include also hybrid scenarios, to coordinate the activity of all institutions without exception, to strengthen public involvement in response to hybrid threats, to strengthen the effort of Lithuanian institutions on the information front. Lithuania also should strengthen engagement with NATO and EU on combating against hybrid threats. Also to make more effective coordination and information sharing on issues related with hybrid threats with Estonia, Latvia, Poland, Sweden, Finland, other countries in the region, biggest Lithuanian strategic partners – U.S., UK, Germany, others.

Challenges awaiting Lithuania are forcing the country to strengthen its backbone and do not let us think that this will be temporary and transient. Only by ourselves and together with our allies shall we be able to face these challenges.

Seen as one of the most important Russia n financed propaganda channels, the news agency Sputnik...