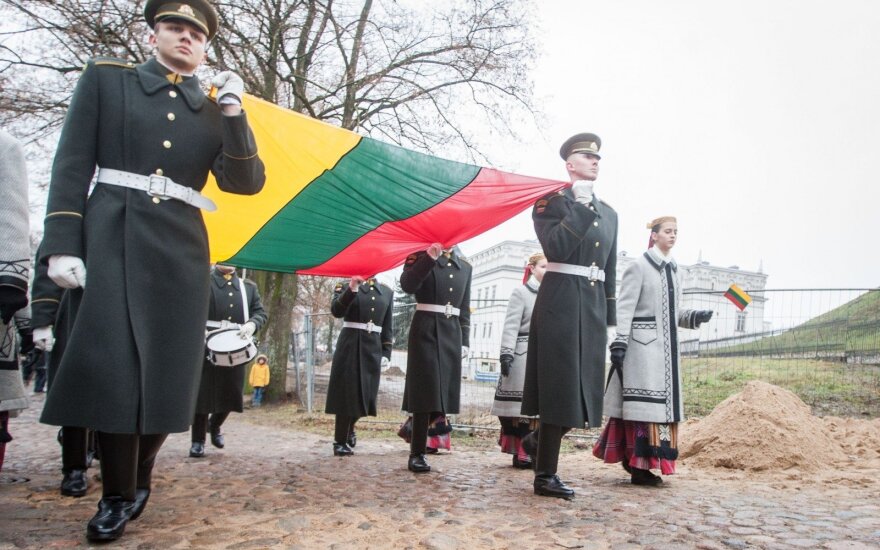 2016 was marked by numerous terrorist attacks and concerns over a worsening geopolitical atmosphere. Thus it is important to know, will the military be able to defend and defend itself? What weaponry will be used in the coming year?

The past year has been key for the Lithuanian military, processes of obtaining modern and powerful arms were commenced and concluded, TV3.lt reported.

Aušra Vaitkevičiūtė, Senior Executive Officer of Press and Information Section at the Ministry of National Defence says that the growth in defence financing has created conditions to continue or begin new projects which will ensure the growth of the capacities of the Lithuanian armed forces, the mobility and firepower of its units, the level of training for its personnel.

Among them, the 2014 project to modernise 120 mm self-propelled mortars will be continued. In 2016 a contract was signed for a purchase of 155 mm self-propelled howitzers PZH 2000 from the German Ministry of Defence. The first howitzers reached Lithuania in June 2016 and already participated in the international exercises Flaming Thunder. The remaining refurbished systems are to arrive by 2019.

Wars won by soldiers, not weapons
Weaponry expert Darius Antanaitis states that currently it is necessary to begin preparing personnel for when the new vehicles arrive. “Just having weapons, we will solve nothing. It is important who will be using those weapons. Our weaponry is very effective, so the training and preparation of our troops should also be at a high level. Thus while we have yet to receive the weaponry we have ordered, it is a suitable time to invest into the soldier, the individual who will ensure the effective use of the weapon,” says D. Antanaitis.

The expert reiterates that wars are won by soldiers, not weapons. “That weaponry is, of course, not sufficient, currently the opinion that weapons win wars is dominant. In truth it is not weapons that win wars, but soldiers. The current, more modern weaponry, it is not a solution, it is one of the steps in modernising our military, preparing it for state defence. The development of the Lithuanian military is not some sort of conclusive process. It is a constant, one that has to continue to adapt to the current geopolitical situation,” he said.

“Along with the agreements signed, we should also develop intelligence and counter-intelligence capacities, particularly the protection of information, the discovery and capture of enemy spies. We should have not only what to shoot with, but also to know what and where to shoot. So just because we have one hammer does not mean we will be able to build a house. You need nails, a project, a place,” explained Antanaitis.

Former Minister of National Defence, conservative Rasa Juknevičienė says that in 2017 the military will be faced with vast challenges. “We are, you could say, beginning to recreate a military. We have finally seriously started looking at life and the current situation. Much is lacking for the volunteer forces, they are currently the least modernised in terms of equipment.

Juknevičienė was also glad to note that after having been forgotten, military development has once again become an active process. “We are starting modernisation from almost nothing. The military was not developed since 2004 when we entered NATO, the budget allocations as part of GDP would keep decreasing. Now with financing normalising, we are still a long way to what is needed, but those plans are now being implemented,” said the conservative member.

The former Minister of National defence notes deterrence as a key factor. “The most important objective today is deterrence. So that those who are thinking of taking advantage would get it out of their heads. This deterrence requires both a stronger military of our own and in combination with our allies, such deterrence can be ensured,” she said.

No enemy will step over our borders?

Former Minister of National Defence, social democrat Juozas Olekas states that weaponry improved specifically during his term. “Marksman rifles and howitzers reached us, we selected and began negotiations for medium range air-defence systems. There is a whole list of projects which will allow our troops to feel more assured and will make our entire military more capable of defending our country. During the coming year I think the projects will continue, financing will be assured, we will see the first Boxer AFVs, dubbed Vilkas [Wolf]. I expect that these will significantly strengthen the army. We have the support of the Lithuanian people, we have allies with us. A whole combat batallion will be arriving in Lithuania next year,“ says Juozas Olekas.

According to him the equipment of the Lithuanian military will suffice to prevent enemies from crossing the Lithuanian borders. “Disregarding the sabre rattling across the border and the perhaps not overly friendly neighbour, its behaviour, we will definitely be capable to defend our country and I expect that no enemy will step over our borders,” assured the social democrat.

Lithuania should allocate more than 2 percent of its gross domestic product for its national defence...

2% GDP for defence 'not the limit' - Lithuanian defence minister