How we will differ from Paluckas' party 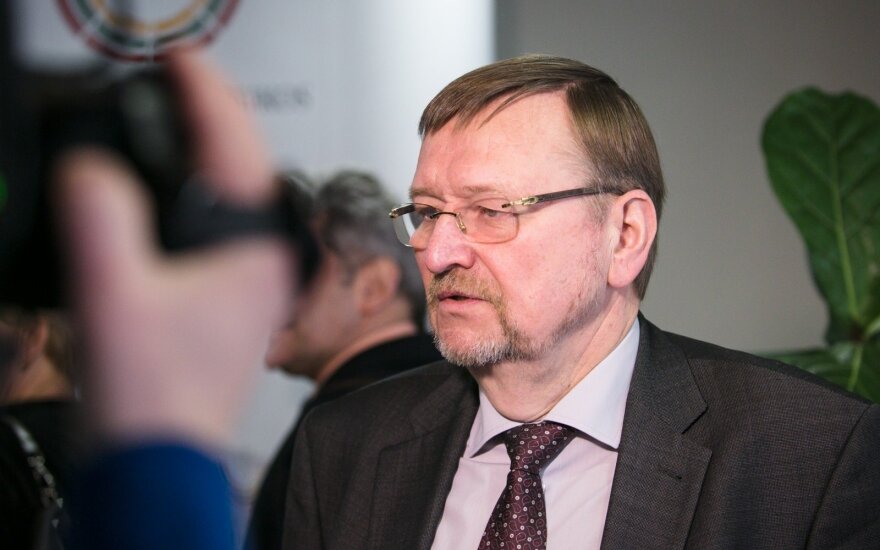 Currently when evaluating our decision to establish a new political party, political analysts and our opponents deviate into a simplified conflict of people, apply the label of rebels, but do not analyse the real goals and reasons of changes in Lithuanian social democracy due to a lack of information and sometimes maybe even deliberately representing the interests of other political forces,.

In my opinion, it is now very important to define and disclose the differences from Paluckas' party. We should discuss the political, economic and social aspects of these differences and summarize them. I think the time has come to say what and why we are going to do.

In Lithuania, the left is still often equated with social democrats. At present, some political analysts explain that we are competing who will be the "more leftist" or "more genuine" social democrats. Meanwhile, in our party system, left radicals were still always "more leftist" than social democrats, such as: Algis Paleckis' Front, Vytautas Šustauskas' Liberty Union, People's Party, etc. During all the years of restored independence the LSDP followed the example of Scandinavian social democracy and was a moderate left party.

Namely implementing moderate social democratic policy, the LSDP gained recognition of many people, used to win elections, governed the state successfully under conditions of a rapidly liberalizing society, made every effort to establish social justice and solidarity. Namely the Scandinavian model of social democracy was implemented when the Social Democratic Party was led by Algirdas Brazauskas and Gediminas Kirkilas. Therefore, the statements of Prof. Bronius Genzelis and Prof. Aloyzas Sakalas that at that time neoliberal policies were carried out could be considered as non-perception of the essence of social democracy or a wish to oppose other leaders of social democracy.

Both during the election campaign to the position of party chairperson and now as leader of the party, Gintautas Paluckas has been emphasizing the left agenda, left politics (not social democratic, and it is not the same). The published Manifesto "For Fair, Prosperous and Consolidating Lithuania", which has been criticized not only by political analysts but by the LSDP members as well, emphasized the direction towards the radical left even more strongly. Actually, a lot of ideas and provisions of the Manifesto contradict the LSDP Programme "Secure, Solidary and Fair Lithuania". Having approved the Manifesto, it will inevitably be necessary to change or ignore the LSDP Programme.

Therefore, Paluckas' party has chosen the devastating road to left radicalism. Seeking popularity in the elections by such means, a number of left parties have disappeared in our region. In Lithuania the radical left has never had support from the people and it is unlikely that it will. As Paluckas' party has moved to the left in the political spectrum, a perspective space for moderate social democracy has remained, which should be properly occupied by our newly formed political party. In this way, we find ourselves between the Lithuanian Farmers and Greens Union, located to the left of the centre, and the radical left - the LSDP. Today it is difficult to predict future changes in the left wing of the political spectrum. Maybe the LSDP will recover from the radical illnesses, and after the failure in the 2020 Seimas elections, as well as after changes among the party authorities it will be possible to unite the social democratic parties. Maybe joint work with the Lithuanian Farmers and the Greens Union will show that they are closer to moderate social democrats.

The analysis of the published Manifesto as well as the actions of the LSDP in recent months demonstrate that our attitudes toward the state and the social structure are fundamentally different. Firstly, they intend to hold a discussion about class relations in the XXI century. In other words, they consider that nowadays in Europe a class conflict between exploiters and exploited still exists (manifesto: "... business exploits workers ..."). They are concerned that laws limit the freedom of holding strikes. The radical means are mainly aimed not at establishing social justice but at destroying social peace. The definition of a party's class base could also be attributed to obsolete rudiments. According to the mentioned Manifesto, the pillar of the LSDP is hired employees, the creative class and small entrepreneurs.

We adhere to the moderate social democratic approach that there are no antagonistic classes in the modern civilized world, and the differences between separate social strata have changed significantly due to progress. In today's world, social ties, education and training, sustainable environment and social justice are becoming increasingly important alongside with the workplace and the source of income. We think that it is possible to implement social democratic programmes only while being in power and having influence in the society. Discussion clubs are being established for discussions. The mission of a social democratic party is to create a welfare state and the instruments of state governance are necessary for that.

We consider that the basis of the party is the system of ideas but not a certain social base (as indicated in the Manifesto published by the LSDP). Therefore, we, as genuine moderate social democrats, foster social democratic values - solidarity, equal opportunities and social justice - for all the citizens of the state, regardless of their different features. We also invite to provide assistance to socially vulnerable people, regardless of a social strata or a group they belong to. All people will be able to join the party regardless of their education, social or property status, work or profession.

Our views on the role of the state in the economy and in the social area differ as well. According to the LSDP Manifesto, the task of the state to create favourable conditions for business is considered neo-liberalism and, in general, the achievements of market economy are denied. There are no ideas how to create goods and services, but it is promised to divide them between everyone. Business (except for small businesses) is generally presented as an evil. We are in favour of a socially responsible market, for creating conditions to earn more, to get larger pensions, but not for the increase of distributed allowances to those who can work and earn themselves. The state government has to create a business-friendly environment, such a tax and investment attraction system so that entrepreneurs are socially solidary and do not leave Lithuania. The method proposed by the Manifesto is to take and divide – maybe it is simpler but has few prospects.

As recent months have shown, our approach to political priorities is also different. Gintautas Paluckas raised the party interests above the interests of the state and the people of Lithuania. The collapse of the coalition was aimed at destabilizing the political situation in Lithuania and replacing the current government in cooperation with the right parties. In our opinion, such actions that were detrimental to the state met not only the personal interests of the current party leader, but also the chosen political direction. For the left radicals it is very difficult to get involved in state governance, implementation of consistent reforms or creative activities, their passion is demolition of the current government (no matter that it is their own), dissemination of total criticism and incitement of people's social hostility. That can give some dividends in social media and on the internet, however it cannot create anything positive in people's real life.

Our approach to political goals is completely different. In order to defend the interests of the state and its people, to maintain political, economic and social stability as well as centre-left dominance, we sacrificed our political careers not focusing on criticism of the people who failed to grasp the situation so fast. The interests of Lithuania and its people have always been a priority for Lithuanian social democrats, the interests of the party have been in the second place whereas personal interests remained in the third place. Everything has turned upside down now in Paluckas' party. The Lithuanian Social Democrats used to be the party that was concerned about national goals, survival of the nation but not about international networking of doubtful value, promoted by the mentioned Manifesto.

Moderate social democrats have always been seeking and will seek more social justice and solidarity in Lithuania - not by beautiful words in manifestoes, social networks or the media, but implementing social democratic programmes both in the national government and local self-government.

Leftist manifesto: life would change for both employees and oligarchs